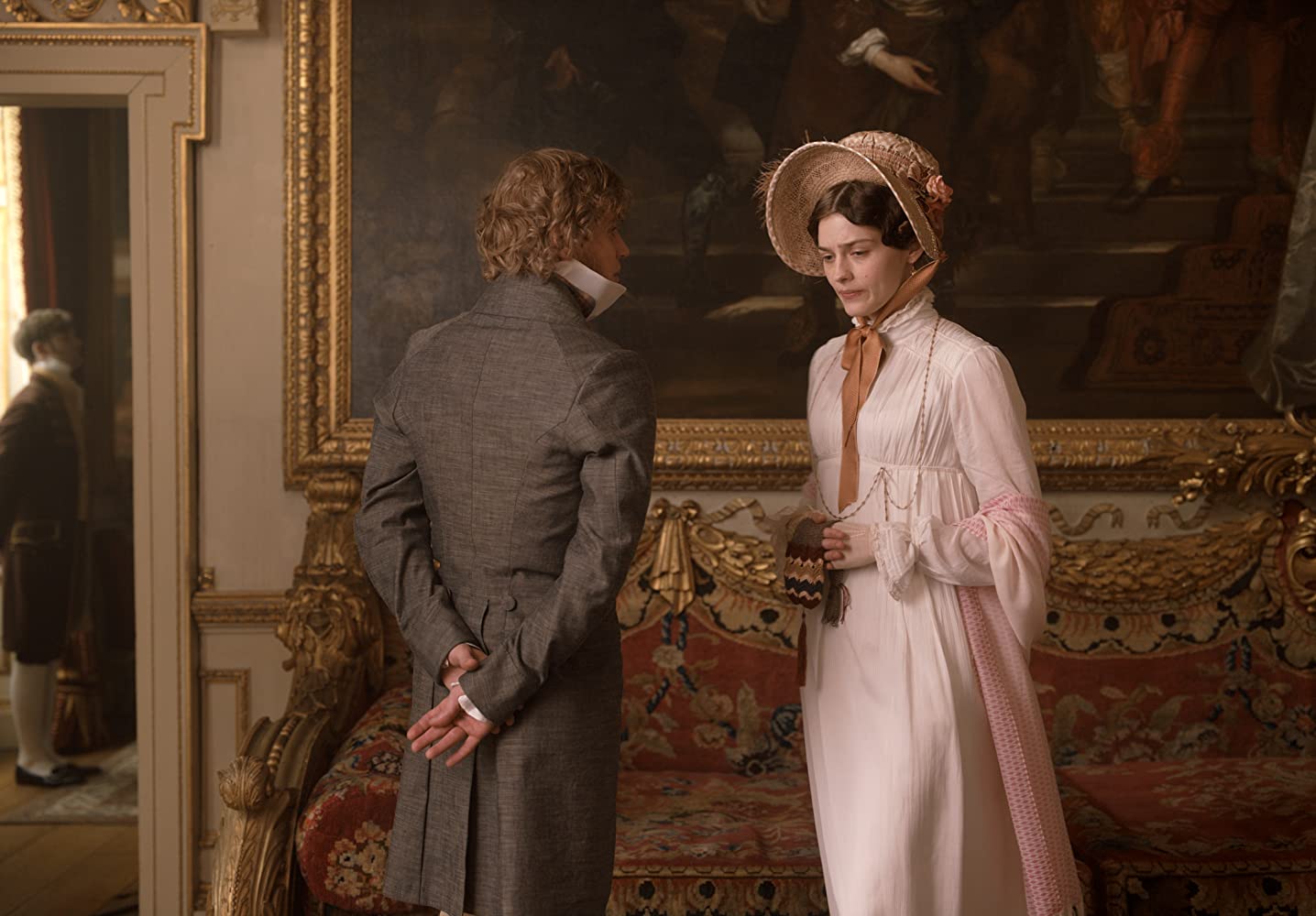 The way of a fool is right in his own eyes, but a wise man listens to advice.

First time feature director Autumn de Wilde and screenwriter Eleanor Catton give us a delightful version of Jane Austin’s classic novel set in rural England around 1815. Emma Woodhouse, the daughter of a well off but untitled member of the gentry. She means well but is too much like the fool in the proverb, and much too busy talking and trying to match up people unfit for one another to listen to advice from someone else.

Anya Taylor-Joy is as delightful as the title character as she was as the girlfriend of Barack Obama in another film reviewed in this issue, Barry. She means well, but it is only later that she comes to realize how she has hurt other people by her words or machinations. The film begins with her at the wedding of the couple for whom she had played matchmaker, her friend and former governess Miss Taylor (Gemma Whelan) and Mr. Weston (Rupert Graves).

I was confused at times by all the characters and relationships, so I will go no further into plot exposition. All the supporting cast are excellent, perhaps Josh O’Connor as the pompous and dull vicar Mr. Elton being the funniest. If most Anglican clergymen were like him, it is no wonder that people abandoned the church in droves during that century! In attempting to match up her friend Harriet Smith (Mia Goth) with the newly arrived Vicar.), Emma will eventually learn that her breaking up the girl’s romance with farmer Robert Martin (Connor Swindells), an act revealing her snobbery, was terribly wrong-headed.

Bill Nighy is well cast as Emma’s father, slightly befuddled and properly worried about drafts in the magnificent but ill-heated houses where a cold could quickly turn deadly. Miranda Hart is touching as the motor-mouthed Miss Bates, whom Emma later will wrong and then make a touching amends with when properly chastised by Mr. George Knightley (an engaging Johnny Flynn, who sings “My Queen Bee,” a song he wrote for the film, over the final credits.)

Like all British period films, this one appeals to the eye—the sumptuous costumes and stately homes and English countryside—the film was shot at the gorgeous Firle Place Manor House in the South Downs National Park. There is a lot of attention paid to details, such as both the women and the men getting dressed for social occasions. And what a human touch is added by showing Emma standing in front of a large fireplace by raising up the rear of her long gown, so she warms up her cold behind. More than this, I enjoyed the numerous dances at the various balls our characters attend. There steps are much more lively than I had expected, as well as encouraging social intercourse with a variety of partners.

As in other Jane Austin stories, Emma at last finds love with one closest and most critical of her. And there is that prescient bit of feminist wisdom when Emma assures the skeptical Mr. Knightley that her friend Harriet is worthy of any potential husband of any social rank, provided men look for women with “well-informed minds” and not just pretty faces—one of those rare times when our heroine is right,

The film has had the bad luck to open just as the coronavirus struck and closed theaters, but Focus Features

is making it available on demand. I have not been able to find this, but those of you knowing your way around the Internet will be able to find it. It is worth the search effort.

this adaptation of Jane Austin's novel Emma is a busybody often wrong in her matchmaking but, with the help of Mr. Knightly's criticisms, at last reaching maturity--and love.
Editor Rating ★★★★★4.5 out of 5
More Details