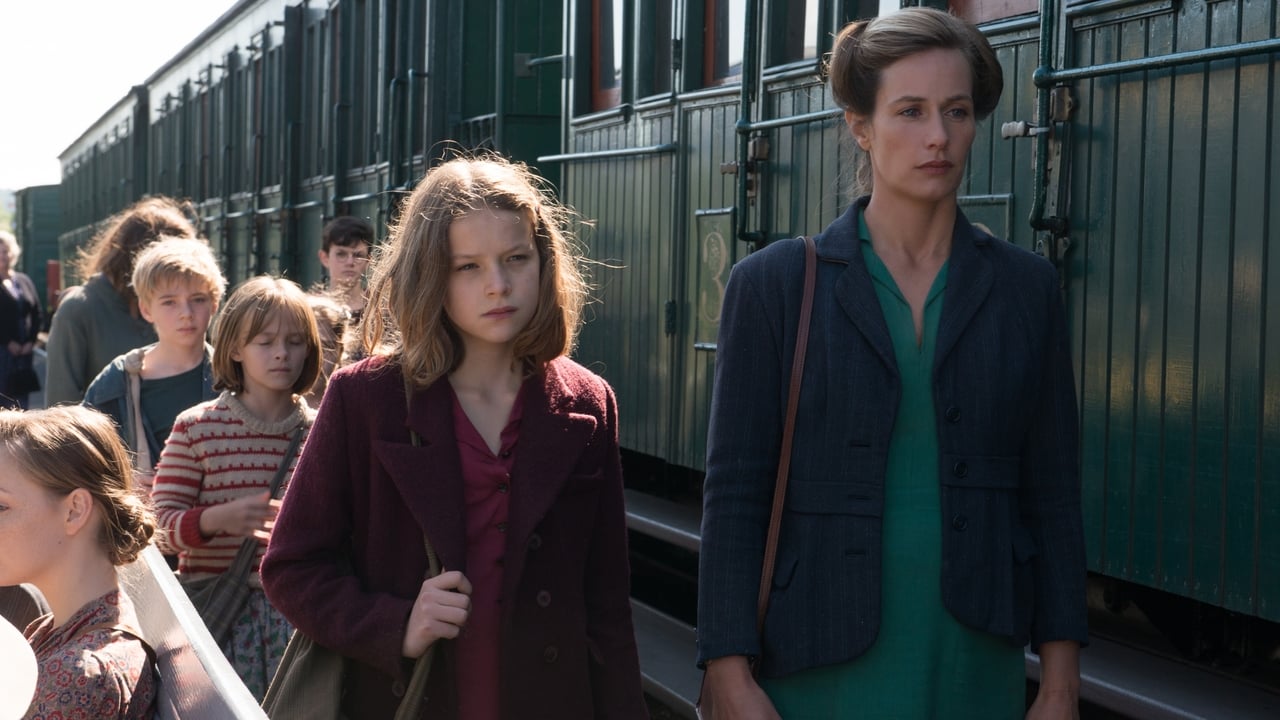 Happy are those whose help is the God of Jacob,
whose hope is in the Lord their God,
who made heaven and earth,
the sea, and all that is in them;
who keeps faith forever;
who executes justice for the oppressed;
who gives food to the hungry.

Director Lola Doillon’s thrilling film, set during the Nazi occupation of the northern part of France, was inspired by an autobiographical Israeli book by Fanny Ben Ami. When her father is arrested by the Nazis in Paris, 13-year-old Fanny (Léonie Souchaud) and her younger sisters Erika (Fantine Harduin) and Georgette (Juliane Lepoureau) are sent by their mother to a children’s boarding school in rural southeast France where Vichy rule is less harsh. Before long they are transferred to another school where the head mistress Madame Forman (Cecile de France) is far stricter. Upset that small children are among the group, she worries that they are too young to remember their false names and will miss their mothers too much.

When it appears that the Germans are extending their control, Madame Forman hurriedly packs up the children to move to them to a school in the Italian occupied portion of the country. She is unable to travel with them on the train, so the group is put in charge of an older boy Elie (Victor Meutelet, but he is arrested by the Nazis. It is a tense, sad moment when we see by his expression that he is well aware of the bleak fate awaiting him. Thus Fanny ends up shepherding the group consisting of her sisters and nine other children..

Still a child herself, Fanny finds the inner resources to keep the group moving, even when some would prefer to give up. They complain that she does not know where they are going, but she keeps them going anyway, long after they would have given up. Still, they are children, as we see in a delightful scene when the thirsty group comes upon a stream in the forest. After quenching their thirst, one of them starts splashing another, and soon all of them, including Fanny, are intent on drenching each other. For a brief interlude they are able to forget their cruel pursuers and their goal of a safe sanctuary in Switzerland.

Along the way they are helped by a friendly farmer and others who resist the Nazis. The group had hoped to settle down, but when Mussolini is arrested and executed by partisans, the Germans take over, which means there will be no let up in ferreting out and sending Jews to the labor and death camps. Escape to Switzerland is a must. The pressure upon Fanny to lead the group never lets up, even at the exciting climax.

Bolstered by excellent acting by all and glorious cinemaphotography highlighting the lovely countryside of Southern France, the film comes at a time when we need to be reminded of the terrible consequences of prejudice. Anti-Semitism is again on the rise in Europe and America, so it appears that we will always be in need of such films telling us the stories of both the cruelty of the prejudiced and the bravery of the oppressed—of the victims and the people who helped them to find sanctuary.

True story of how 13-year-old Fanny Ben Ami was put in charge of children fleeing from the Nazis through France to reach sanctuary in Switzerland.
Editor Rating ★★★★★4.5 out of 5
More Details