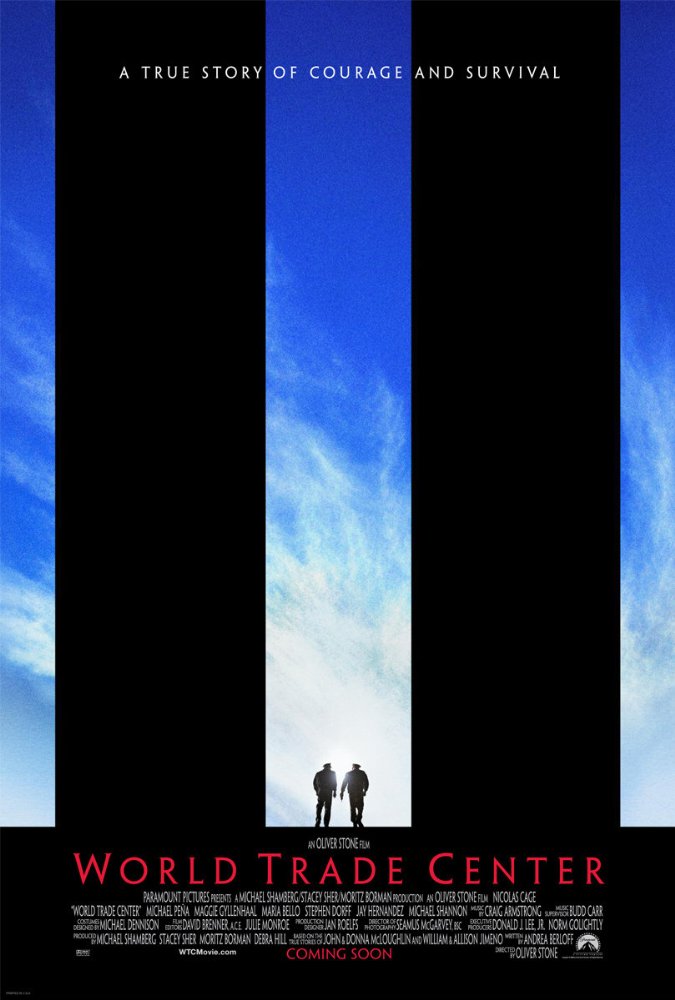 Originally posted a year ago, I am bringing up from the archives.

Here are several films worth watching during the upcoming anniversary of the attack on the Twin Towers. Click on the title to see my longer reviews. Note that since I put this together several years ago, I’ve added two films at the end. This is from the September issue of VP, an example of the material other than film reviews & guides that are included in each issue. 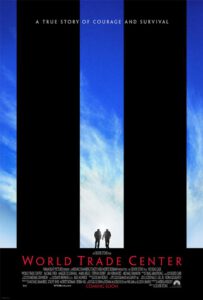 This film, unfolding in real time, reminds us that there were three planes taken over by terrorists on that horrific—and that passengers and crew, learning of the fate of the two other commandeered planes, bravely decided not to go down without  fight.

A&E Cable also produced an account of this event, though Flight 93 was not as well done as this taut tale.

French producer Alain Brigand asked 11 directors from around the world to make a film exactly 11 minutes, 9 frames, and 1 frame in length. Just 3 take place in this country (New York City), with most showing the reaction to the disaster. Some of the other countries are  Bosnia, Israel, Japan, Iran, Burkino Faso—United Kingdom’s Ken Loach’s film is perhaps the most interesting and biting.

An unusually restrained Oliver Stone directs Nicholas Cage and a number of others in this story of one of firemen, office workers, Marines, and police officers—and their families—all caught up in the tragedy of the twin towers

The marvelous German director (Wings of Desire, one of the truly great spiritual films!) explores the sad and almost paranoid atmosphere of America the year after 9/11. The daughter of a missionary returns home from Africa to deliver in person a letter to her uncle. The adults had been estranged from one another because he has been gung-ho for the Vietnam War. Now mentally and emotionally damaged by it, he spends all of his time, money and energy patrolling the streets of Los Angeles, his mission to spot any “rag head” intent on attacking his city. I specially love this film because of its very positive image of the church and its ethic of love.

A precocious nine-year-old boy, haunted by the fact that he did not pick up the telephone when his father called home while trapped in one of the towers, develops a tense relationship with his mother. A year later he goes on a scavenger hunt similar to the trips around the boroughs of the city once conducted by father. Now he is trying to find out what lock fits the key that he found in his father’s belongings.

Among the many powerful episodes of this riveting documentary in which noted filmmaker Martin Doblmeir explores “forgiveness from every conceivable aspect is the story of a few relatives of victims who want to create a “Garden of Forgiveness” at Ground Zero, based on one in Lebanon run by a peace activist who is trying to bring Muslims and Jews together (there is also an episode on this).

Filmmaker Dan Meth’s almost 8-minute film shows how the Twin Towers appeared in so many films, from comedies to crime thrillers to romances, fantasy and science fiction. The dozens of brief clips films include King Kong (remake), Serpico, Dog Day Afternoon, The Taking of Pelham 1-2-3, Manhattan, Bonfire of the Vanities, Ghostbusters 2, Escape From New York, Staying Alive—all set to the mournful song by Kansas “Dust in the Wind” plus one other song. The last half might be too much for some because it includes so many clips of the planes smashing into the towers and their eventual collapse. If so, you could stop at the half-way mark, or else watch virtually the same first half of the film that comes on after this, this 4+ minute film called New York’s Twin Towers.

New York’s Twin Towers is still another of the many short films on YouTube.

Click on the above to read my report about how a powerful little three-minute film montage was made right after 9/11 by good friend of Visual Parables Michael Rhodes. The director of such films as Entertaining Angels: the Dorothy Day Story, Christy, and The Fourth Wiseman, Mike had the Hollywood connections necessary for this over 110 clip film to be produced and then shown at over 10,000 theaters just before the start of their feature film in Dec. of 2001. The film itself can be seen on my YouTube presbycritic site by clicking here.

Every time I watch this incredible musical, I get a lump in my throat near the end of Chapter 12 “All for the Best.” Jesus and his disciples are singing and dancing atop one of the twin towers! When the camera pulls back to show both towers, we see that their interiors are still under construction. Although my experience at the Towers is slight compared to t hat of New Yorkers, memories of seeing it during several of the Religion & the Arts Treks I led several decades ago are deeply etched in my mind. On one such trip we stood in line in the beautiful lobby of one tower to purchase Two-fer Tickets for Broadway plays that went on sale each morning for that day’s performances. And later, when our group went to the top observation floor, we were all in awe at the spectacular sight of Manhattan to the north and the harbor and surrounding rivers! Many of us brought back some fine snapshots of the city spread beneath us, photos to be cherished especially due to the sad fate of the towers.