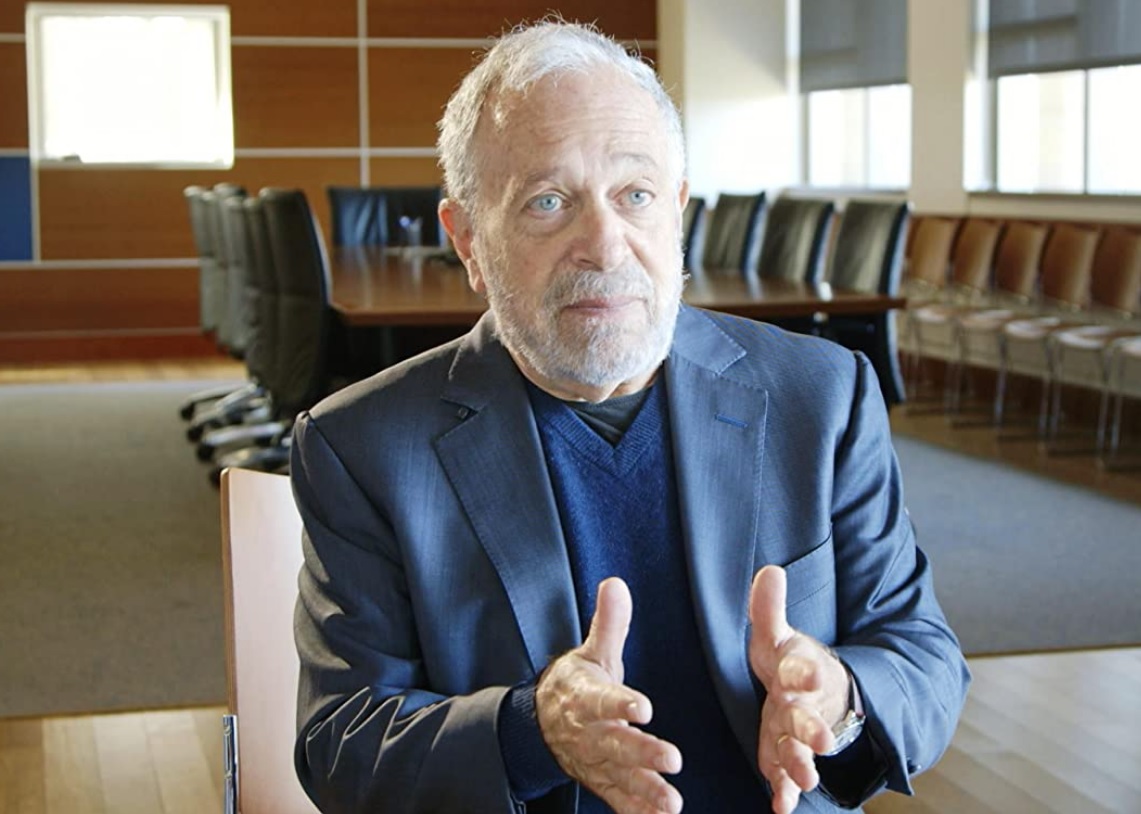 Those who are kind reward themselves, but the cruel do themselves harm.

In this documentary, director Paul Wagner clarifies for those of us who are economic dummies the murky subject of capitalism. His film explores the contentious history of American corporate culture. It explores the arguments of two influential theories—stakeholder vs shareholder capitalism. And it does so in an amusing, indeed, entertaining, way.

The title is acted out in animated style via brightly painted wooden figures at the beginning of the film. After a clip of Gordon Gecko from Wall Street pronounces that “Greed is good, a business-suited man flanked by two lackeys approaches a pond. He is smoking a cigar, and the lackeys carry fishing nets. Lighting with his cigar a bundle of sticks of dynamite, he tosses it into the pond. Boom, and hundreds of fish are thrust into the air, some of them landing in the waiting fishnets. The act is repeated several times, each time, more fish caught in the nets. The trio leave, and we see the ruined pond, it and the banks littered with the remains of dead fish.

Following this there is a collage of the huge misdeeds of various corporations such as the Wells Fargo scam; the enormous damage to the wildlife of the Gulf of Mexico caused by the failure of the British Petroleum’s well; the implosion of Enron caused by the chicanery of its leaders, and more. This, the film explains can be traced to the adoption in the 70s of the teaching that the purpose of a corporation is to maximize the profits of its shareholders, a too-narrow view that was not held by those who head the corporations of an earlier era. To illustrate this latter point, the film goes into the details of the founding of the mighty HP corporation by Bill Hewlett and David Packard in 1939 in a garage. Neither of them set out to become rich but to pursue their ideas.

This is followed up by interviews with heads of other companies with extraordinary success stories, their companies referred to as purpose-driven companies (Costco, The Container Store, Whole Foods).

Robert Reich, economist, professor, author, and political commentator and his opposite Arthur Brooks, former president of the conservative think tank the American Enterprise Institute. Also have their say. Though they disagree on much, they come together in their favorable views of companies that move beyond maximize the profits of just the shareholders (and of course the hugely rewarded CEOs) to companies that care for all of its stakeholder, this latter including the employees, the public, and the sources for their products. Examples of such companies are provided by the interviews with corporate executives from The Container Store (Melissa Reiff and Kip Tindell), Eastman Chemical (Mark Costa), Luke’s Lobster (Luke Holden), Whole Foods (John Mackey and Walter Robb), and Costco Warehouse (Jim Sinegal),and others. Especially of interests to ecologists is he segment in which Luke Holden visits the fishermen who provide his chain with lobsters and observes how they are working to sustain the supply, rather than trawling until they have exhausted the waters of their catch. I was especially interested that Bethany McLean, author of The Smartest Guys in the Room, is included, having relished the documentary based on her book, Enron, The Smartest Guys in the Room several years ago.

Watch on Vimeo and Apple TV

The documentary includes a large number of experts & example companies for its argument that a corporation is not to serve just its stockholders & CEOs, but its stakeholders (employees & public).
Editor Rating ★★★★★4.5 out of 5
More Details