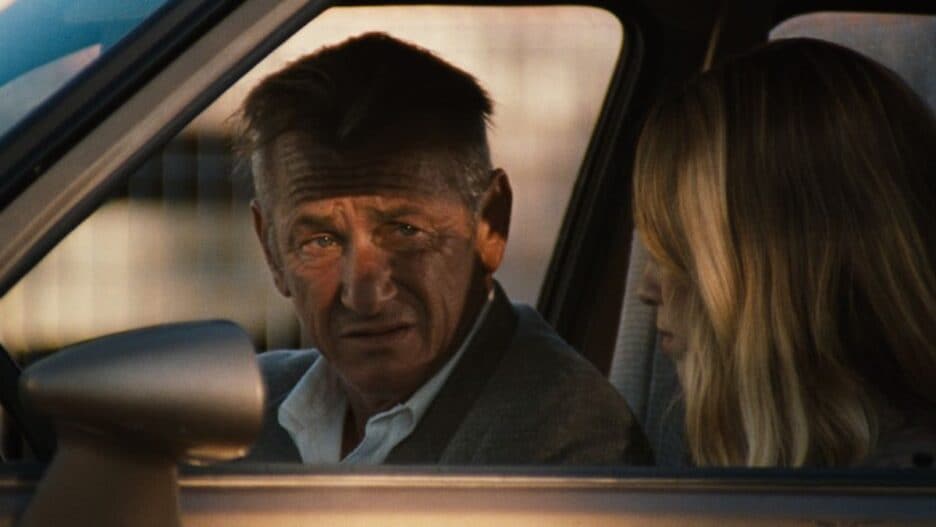 “Honor your father and your mother, that your days may be long in the land which the  Lord  your God gives you.


Children, obey your parents in the Lord, for this is right. “Honor your father and mother” (this is the first commandment with a promise),  “that it may be well with you and that you may live long on the earth.”  Fathers, do not provoke your children to anger, but bring them up in the discipline and instruction of the Lord.

Sean Penn’s new movie of which he is director and co-star is based on Jennifer Vogel’s 2004 memoir Flim-Flam Man: The True Story of My Father’s Counterfeit Life. Although it is a father-daughter story, Penn’s John Vogel is not like any of the men that a Father’s Day card pays tribute to. His is a father one might love, but certainly not honor. Penn’s own daughter Dylan Penn plays Vogel’s long-suffering daughter Jennifer.

The story unfolds mainly in Minnesota, covering the period from 1975 to 1992. It begins with Vogel’s arrest in June 1992 for counterfeiting, and Jennifer is questioned by the police. She says in a voice over, “Memory reckons itself in blurs and flashes.” Thus, most of the scenes in the film are flashbacks, some of which challenge the viewer to piece them together and figure out.

John and his alcoholic wife Patty (Katheryn Winnick) split up, with Jennifer at times living with one, then the other. Neither are responsible parents. There is an almost humorous scene in which the young Jennifer is in a car with her father late at night and he decides to teach her how to drive, even though she is far below the legal age for a license. He places her on his lap and tells her she must drive for an hour so that he can sleep, which terrifies her. He seems unaware that he is emotionally abusing his child. We see that her mother is no better at parenting when, during Jennifer’s surly teen years the mother’s boyfriend sexually abuses the girl, Patty sloughs off the girl’s protest, apparently fearful of harming her relationship with the creep. Jennifer packs a few belongings and returns to her father.

John Vogel is a Willy Loman with no morals or scruples. He is always coming up with some money-making scheme. He is so narcissistic that he thinks the holiday “Flag Day,” which is also his birthday, is about him. Constantly lying to Jennifer, during one period he dons suit and tie and hefts a briefcase, claiming to be an “entrepreneur.” In one scene he holds a phone and talks a big deal, but Jennifer has found the unattached end of the telephone cord and holds it up for him to see. Even then, he says something like, “I’ll get back to you” as he pretends to hang up.

Given such a background, it is somewhat of a wonder that Jennifer has become a successful journalist. As it is, her father’s habit of lying has passed over to her and almost spoils her chance of a college career. At her college interview the professor is impressed by the stories she has submitted with her admission form, but he calls her out on the lies about her academic record—apparently she had not thought they would check up on her. In a lovely moment of grace, after she has admitted the truth, he asks her if she had written the stories. She says that she did, and starts to leave, whereupon he tells her she is accepted.

It should be no surprise that there is chemistry amongst the cast, Dylan Penn being Sean’s daughter. And there’s a third family member, Penn’s son Hopper, portraying Nick Vogel, John’s other child, who plays a smaller role in the story. As virtually all critics agree, this is Dylan’s breakout role, marking her as the actress to keep your eye on. Her Jennifer loves the father who instilled the love of life in herself and her brother, but she cannot respect the man whose life was a lie, and even outside the law. Central to the ethics of her career as a journalist is truth, so it is not surprising that she does not reply to his letters written from prison. When he shows up on the street outside her office years later, he is no prodigal returning in repentance, and she is not rejoicing at his re-entrance into her life. Despite hers and our wish, there is not always a happy ending, and this film acknowledges that.

John Vogel is a schemer seldom telling the truth to his daughter Jennifer, though she overcomes this to become a journalist.
Editor Rating ★★★★★4 out of 5
More Details