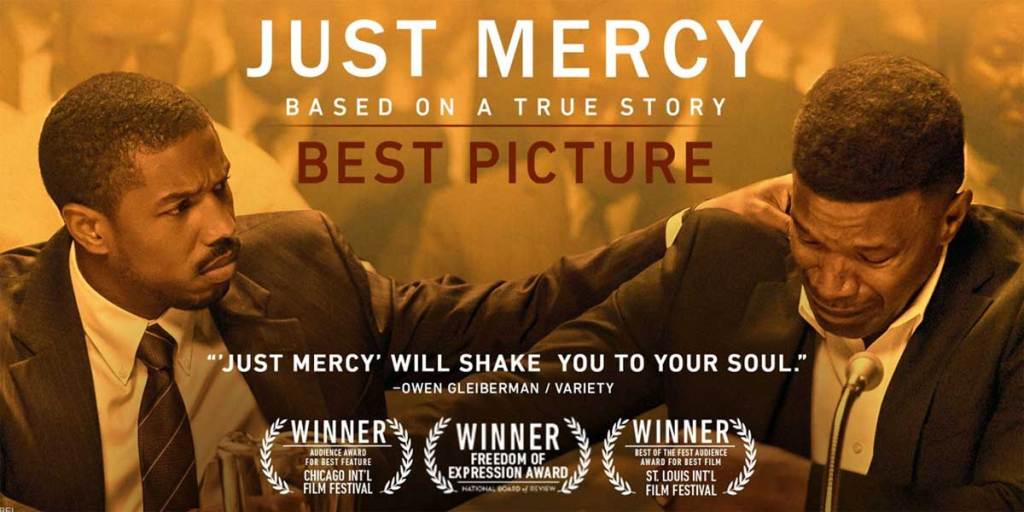 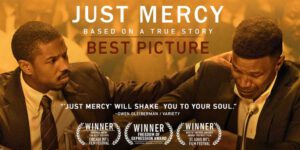 I did not go into the street with a sign but last Friday I participated in the #BlackLivesMatter movement in a unique way. The Presbyterian News Service, headquartered in Louisville, sent out to the country my review and set of discussion questions for the film JUST MERCY that Amazon Prime Video is offering free during the month of June. The film is the true story of Civil Rights lawyer  Bryan Stevenson , who has fought systemic racism ever since he graduated from Harvard and traveled South to defend African Americans unjustly convicted for crimes they did not commit.

I reviewed the film when it came out in 2013 and still think it can help viewers understand why so many are sick of systemic racism, so to its original set of questions I’ve added others to relate the discussion to what is transpiring in our streets. The Presbyterian News Service head agreed, sending the guide out in the hope that groups and individuals around the country would watch and discuss the film.  Click here to go to that PNS article with the updated list of questions.

This is a good time for you who read this to help people better understand why the protesters are so angry by getting them to watch and discuss with you this exciting film starring Michael B. Jordan and  Jamie Foxx.  And remember the film is free on Amazon Prime Video only during June. If you cannot get together, you could ask everyone to watch the film at their own home and then convene as a Zoom group.