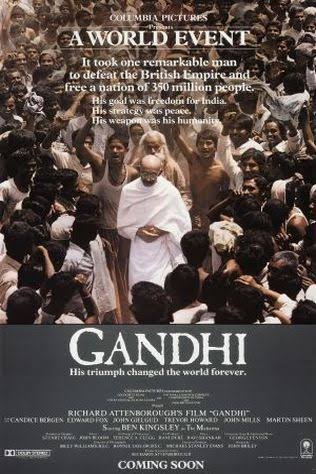 If your enemies are hungry, give them bread to eat;
and if they are thirsty, give them water to drink;
for you will heap coals of fire on their heads,
and the Lord will reward you.

“You have heard that it was said, ‘An eye for an eye and a tooth for a tooth.’ But I say to you, Do not resist an evildoer. But if anyone strikes you on the right cheek, turn the other also; and if anyone wants to sue you and take your coat, give your cloak as well; and if anyone forces you to go one mile, go also the second mile.

Do not repay anyone evil for evil, but take thought for what is noble in the sight of all. If it is possible, so far as it depends on you, live peaceably with all. Beloved, never avenge yourselves, but leave room for the wrath of God; for it is written, “Vengeance is mine, I will repay, says the Lord.” No, “if your enemies are hungry, feed them; if they are thirsty, give them something to drink; for by doing this you will heap burning coals on their heads.” Do not be overcome by evil, but overcome evil with good. 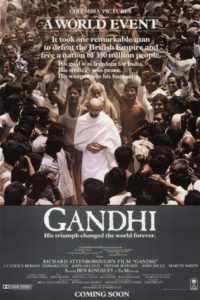 Richard Attenborough’s fine film biography of Gandhi, the great Indian liberation leader, is now out on DVD, with some wonderful features to enhance your understanding of the historical context of the man and the film. For me the most intriguing are the newsreel clips showing the real Gandhi as he visits England to represent his National Congress Party at the Roundtable negotiations in London. It’s obvious that the bemused narrator has little understanding of the subject of his brief report. Gandhi refuses to speak to the cameras, but in a couple of subsequent reports we do hear him addressing the crowds.

Our appreciation for actor Ben Kingsley’s portrayal increases as we watch and hear the diminutive man. Mr. Kingsley’s commentary on his role is another highlight, interspersed as it is with scenes and stills from the film. The “Making of Gandhi” also includes many scenes, along with commentaries from all the principals involved in the almost twenty-year process of bringing the film to the screen. A feature I am looking forward to trying when I get my new DVD-equipped computer up and running is the DVD “Weblink to Official Gandhi Website.”

The DVD allows us to see the film in its wide screen format, which, when shown via a video projector can be very spectacular. This is a film that uses thousands of extras for its crowd scenes, such as the Mahatma’s arrival at a train station, his defiantly making salt at the seashore following his Salt March to the Sea, and of course, the Mother of all Crowd Scenes, the spectacular funeral procession with an estimated 100,000 to 250,000 participants. (The numbers depend on who was counting, the latter number given by the police controlling the huge crowd.)

Contrasting greatly to these spectacles are the many intimate scenes showing Gandhi’s interaction with individuals, from Anglican clergyman Charlie Andrews to the grieving Hindu who had participated in a massacre of Muslims. The more than three hour-long film has plenty of scenes for peacemakers to use in exploring Gandhi’s concept of non-violence (he called it “satyagraha,” soul or truth-force). His bravely taking a beating from a South African policeman while burning his pass; the marchers falling to the ground when set upon by mounted troops; the incredible discipline of his followers when they march on the salt works at Dharsana and accept without flinching the blows of the police; and Gandhi’s reminding the reluctant Charlie Andrews that Christ’s words about turning the other cheek are not metaphorical–all offer opportunities for reflection and discussion. (And if you want some brief capsule summaries of Gandhi’s teachings, the DVD offers the “Words of Gandhi” feature.)

VP, early in its history, included a study/discussion guide for the film, an improved version of which is in my book FILMS & FAITH, available from VP’s Walton office (Visual Parables, 4337 Napa Valley Dr., Bellbrook, OH 45305) for$10 +$2 postage. The book has 39 other guides as well, beginning with Amadeus and running through the alphabet—Babette’s Feast; Chariots of Fire; Cool Hand Luke; Dead Man Walking; The Joyluck Club; On the Waterfront; Schindler’s List; To Kill a Mockingbird—to The Year of Living Dangerously.

The story of how Gandhi, regarded as the Father of India's independence , from South Africa to his nonviolent revolution in India.
Editor Rating ★★★★★5 out of 5