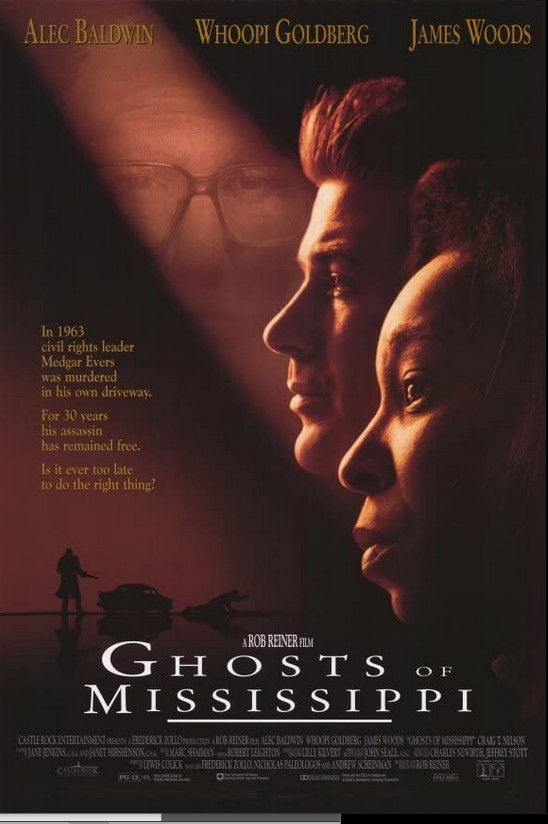 In the new film TILL Medgar Evers and his wife Myrlie are supportive characters, so I am bringing to your attention the excellent 1996 film in which justice finally catches up with his murderer. It also might interest you that Whoopi Goldberg, who plays Emmett Till’s grandmother in the new film, portrayed Myrlie Evers in the older film. My review of TILL will be finished  soon.

"How long will you judge unjustly and show partiality to the wicked?

Rescue the weak and the needy; deliver them from the hand of the wicked." 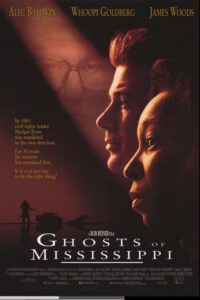 This is a beautiful film of laying to rest the ghosts of the past, and of two people breaking through age-old barriers to a relationship of trust. It would be easy to dismiss the film as another white liberal work, as was done for Richard Attenborough’s Cry Freedom. I do wish that a film would be made of the life and important work of Medgar Evers* (and of Steve Biko, as well) — as his brother says, “He was the Civil Rights Movement in Mississippi in 1963!” (Only partially true, of course. There were a few other pioneers who made great sacrifices and who suffered much for their courage.) But the story of the long struggle to bring Medgar Ever’s murderer to justice deserves to be told, and we should be glad that Rob  Reiner has done so with such great style. As he has observed, it is important to tell the story, both of white atrocity and of black and white courage and determination to see justice done.

The film shows well Assistant D.A. Bobby DeLaughter’s mixed motives for  going against the stream of society and of his family. He was intrigued by the case, impressed with Myrlie Ever’s quiet courage and passion, and angered by Byron De La Beckwith’s arrogant thumbing his nose at the law in public. But deciding to pursue the case, with less than enthusiastic support from his superior, and being able to track down the evidence and the witnesses after twenty-five years proved to be two very different matters. Many of the witnesses had died, or proved uncooperative. Most of the evidence had conveniently, for the accused, “disappeared,” including the all-important murder weapon and even a certified copy of the transcripts of De La Beckwith’s first two trials.

Bobby DeLaughter’s personal life is also thrown into a turmoil. His troubled marriage breaks up when his wife, deciding that his trial efforts have destroyed their social standing, leaves him and their children; the latter ask probing questions as to why so many people hate them; there are hate telephone calls and letters. And Bobby DeLaughter himself has to learn to trust Myrlie. When he discovers the surprising hiding place of the rifle used to kill Evers, he keeps the information from her as well as the public, a decision that almost causes his removal from the case when word of the find is leaked and angered and suspicious black leaders denounce him. Only his eloquent pleading over the phone with Myrlie saves him. The scene in which she meets Bobby and turns over to him the only known trial transcript is a moving moment of trust. With the excellent cast  headed by Alec Baldwin as Bobby DeLaughter, Whoopi Goldberg as Myrlie Evers, and James Woods, chillingly evil as Byron De La Beckwith, this is a film you will long remember and want to see again.

Reprinted from the Feb 1997 issue of VP.

*After writing the above review I discovered that PBS aired the film For Us the Living: The Medgar Evers Story. Howard E. Rollins, Jr. played the great martyr and Irene Cara his wife Myrlie. Click onto the title to see the review.

True story of how a white Miss.D.A. & the widow of slain NAACP leader Medgar Evers finally brought the murderer to justice years later.
Editor Rating ★★★★★5 out of 5
More Details