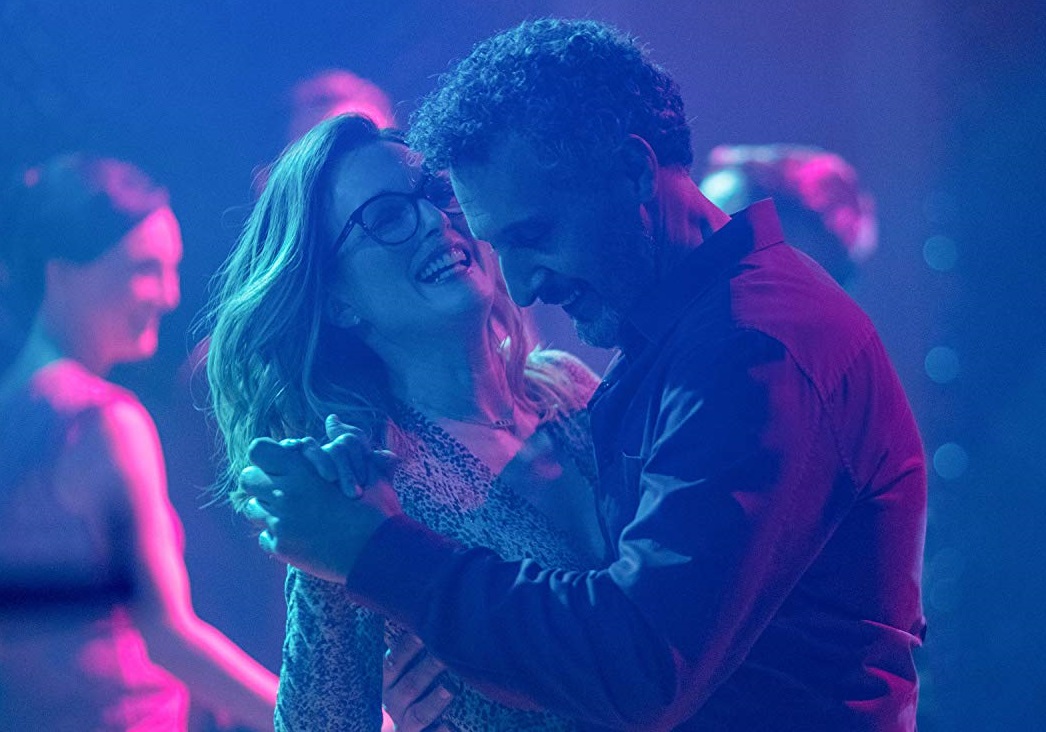 The question always arises when Hollywood makes an English language version of a revered foreign film—why see this, when the original is available on DVD?  The answer is, two people, Sebastian Lelio and Julianne Moore, respectively the original director and one of the finest actors in the right age category for the title character, a woman approaching 60.

Gloria seems in some ways like a female Zorba the Greek. She loves dancing and singing out loud in her car or around home. The film is book-ended by scenes of Gloria thoroughly enjoying dancing at a night spot—sometimes alone, often with random males who are out for similar reasons, they just love being swept up in the rhythm and melody of a good song.

By day the divorced Gloria caringly deals with the needs of her insurance clients and the needs of a troubled co-worker and tries to connect with the lives of her grown children, a son and a daughter. There is the recurring semi-annoyance of a white hairless cat that seeks entrance to her apartment, and an upstairs neighbor whose noise causes her to apologetically call her landlord to register a complaint. She also is in frequent contact with her mother. Still, she longs for companionship that lasts more than the 3 or 4 minutes of a dance tune at a club. Thus when Arnold (John Turturro) spots her on the dance floor and approaches her at the bar, she is ready for a new love. He too is divorced, though just for a year rather her ten years. Their passionate embrace and sex on the same night of their meeting was a bit much for me, but as they continue to meet, it looks like the pair will enter a new phase late in their lives, despite Arnold’s irritatingly taking cellphone calls during their dates.

“They need me,” is Arnold’s excuse, referring to his wife and his two grown daughters—as if their call couldn’t wait until later when he is alone. Gloria soon finds, when she takes Arnold along to her son’s birthday party at which her ex and his 2nd wife are present, that it is he who is the needy one. She proves during an embarrassing incident to be forgiving and persistent in extending love, but is it enough? Are the two middle agers traveling on the same road, or is it two roads that running parallel for a while?

Gloria eventually shows by what she does by the end of the film that she has arrived at a new maturity. The film ends, as it begins, with a shot of Gloria dancing. The change of expressions on Julianne Moore’s face tells all we need to know about this process. It could serve as a study of great acting without words. This scene alone is worth the price of admission. Life may afflict our heroine with its “slings and arrows,” but like Zorba, Gloria will survive them all. Of course, it helps if you can dance to Laura Branigan’s “Gloria.”

The divorced Gloria meets Arnold who also loved dancing, but is he still too much under the spell of his grown children and ex-wife?
Editor Rating ★★★★★4 out of 5
More Details