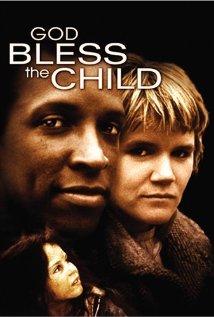 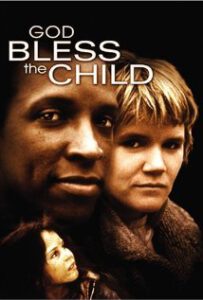 This 1988 made for television film provides a haunting look at the life of a homeless family, one equaled only by The Saint of Fort Washington (see the Sept. issue for a guide to this excellent production). Theresa Johnson (Mare Winningham) and her young daughter Hillary (Grace Johnston) are forced out of their low rent apartment when the demolition crew arrive with their

bulldozers and wrecking balls. Theresa works at a menial hotel job, so she has no spare funds for the deposit and advance rent required for another place, and her husband has long since vanished. Her pleas for “a temporary place” to a friendly woman and her co-workers are turned down. Thus she and her daughter turn to the harrowing shelter system. Its hours and rules are rigid, as are those of her workplace. Unable to mesh these with those of Hillary’s school, Theresa soon loses her job, causing the two to sink even lower into the homeless quagmire. Even the well-intention efforts of a church-based social worker are of only temporary help. This incredibly powerful film should be seen by every church member, especially those who would blame the victims in the on-going debate over welfare and related issues.

The wrenching story of a mother ditched by her husband ,evicted, & when facing illness and job loss has to decide what to do with the girl.
Editor Rating ★★★★★5 out of 5