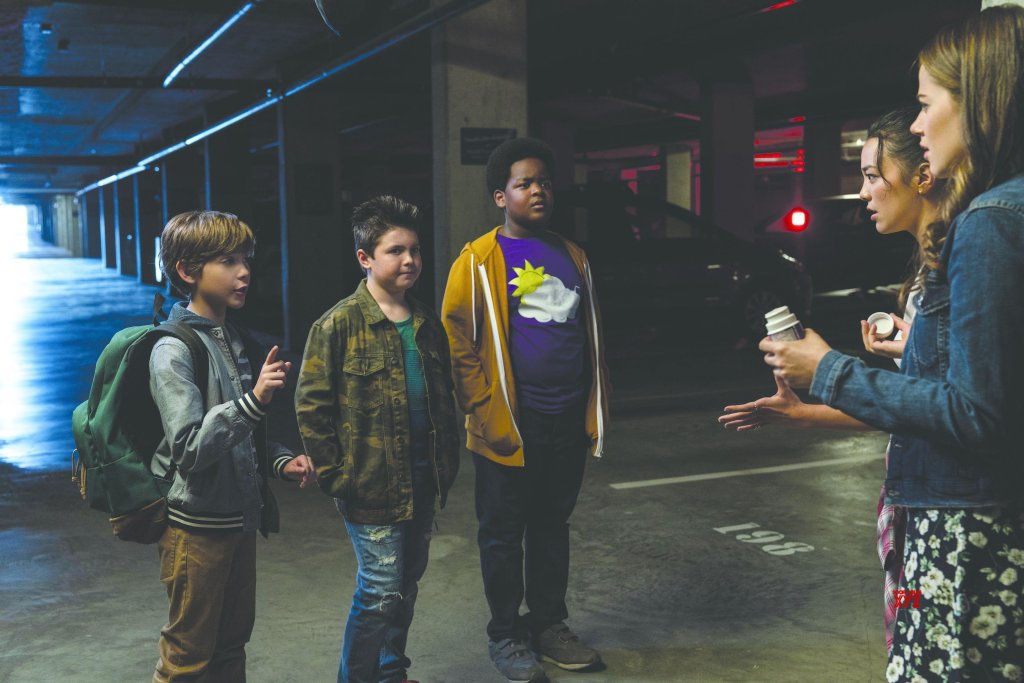 It’s ironic that the R rating of this comedy about three 6th graders will prevent most of that age group from seeing the film until it comes out on video, and less than vigilant parents allow it to slip into their home. Due to the kids’ foul mouths and a lot of morally reprehensible acts, the film deservedly was awarded the R rating. Deciding to take it in because of so many favorable reviews, I was so disappointed over wasting so much time on such a tasteless bit of fluff–though I do have to admit I laughed a lot over the incredible naivete of the kids whenever they talked about girls and sex.

The three friends, Max (Jacob Tremblay), Thor (Brady Noon), and Lucas (Keith L. Williams), who call themselves  “The Bean Bag Boys,” feel that they’ve arrived at a new level as they enter the sixth grade, but invited to a “kissing” party, they realize they know almost nothing about the amorous activity. They borrow the expensive drone prized by Max’s father, planning to use its camera to spy on two teenage girls (Molly Gordon and Midori Francis). However, the girls, spotting and knocking down the intrusive drone, impound it, refusing to give it back when the boys show up to claim it.

One of the angry boys grabs one of the girls’ purses, which turns out to have a prescription bottle full of molly, so the film quickly becomes a chase film, the girls and the boys negotiating at times for the exchange of the drone for the purse. The boys are under a time pressure, needing to put the drone back in place before the return of the father. There ensues an unlikely scene in which the boys enter a fraternity to get some drugs to replace those they have managed to lose, as well as their  crossing a crowded interstate highway to get to a mall. I especially cringed during that latter scene because it might inspire any kid who eventually watches the film to copy this foolish and dangerous feat.

I don’t know if the title is meant to be ironic or just funny, but the Bean Bag Boys are anything but “good boys”—and this is anything but a good film. A more apt title would be Irresponsible Boys!  Its redeeming feature is the close friendship of the boys–and  that it wasted just an hour and a half of my time.

No questions or Scripture for this review.

3 Boys planning to attend a kissing party get into trouble with some teenage girls whose drugs they accidentally steal & whom they had been spying on via a drone.
Editor Rating ★★★★★2 out of 5
More Details