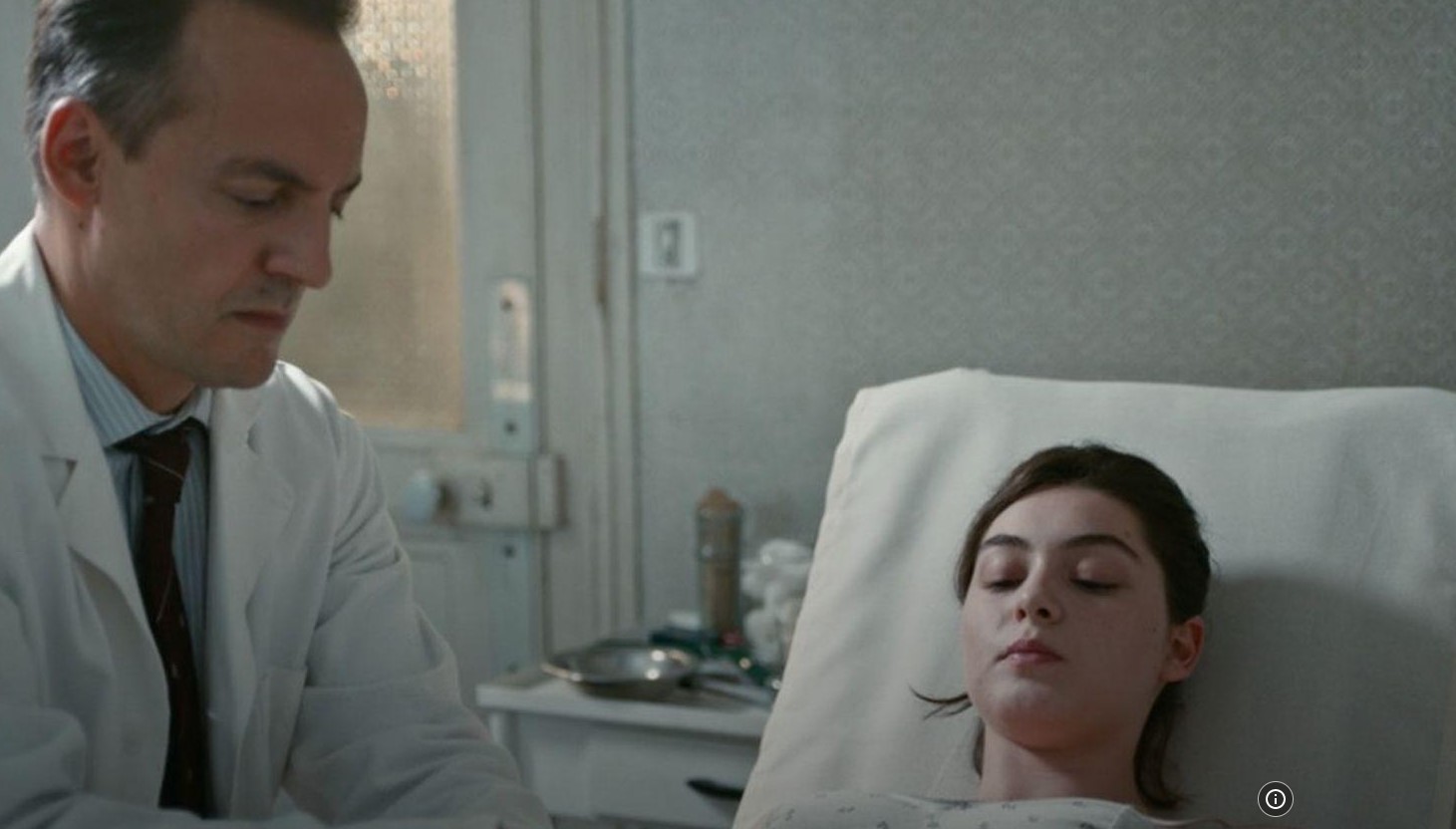 Turn to me and be gracious to me,
for I am lonely and afflicted. Relieve the troubles of my heart,
and bring me[ out of my distress.

Pro-choice advocates fearful of the consequences of a nation-wide ban on abortion would do well to promote Audrey Diwan’s adaptation of Annie Ernaux’s semi-autobiographical 2000 novel of the same name L’événement). It won the Golden Lion Award at the Venice Film Festival. Set in 1963 southwest France, the film could be seen as a backward-glance warning about turning the clock back in our own country.

23-year-old Anne Duchesne (Anamaria Vartolomei) is studying literature in Angoulême, France circa 1963. Anne lives in a university dorm with two girlfriends, all of them visiting soda shops and enjoying dancing with boys at a local hangout. Anne’s best friends Brigitte (Louise Orry-Diquéro) and Hélène (Bajrami) talk about sex but are cautious in their sexual relationships because they fear France’s strict abortion laws that make it a crime to terminate a pregnancy, not just for the women but also for any doctor or nurse helping them.

When her doctor informs her that she is pregnant, she is incredulous, as it’s been some time since her encounter with a male student in Bordeaux. She asks the doctor to abort the fetus, but he refuses. Later, she says, “I’d like a child one day, but not instead of a life.” Another doctor she turns to writes her a prescription, supposedly for a drug that will grant her wish, but which, she later learns, actually strengthens the wall of her uterus.

Increasing the tension are the subtitles indicating the passage of weeks since conception. Anne returns to her working class home several times, but cannot bring herself to reveal her situation, especially to her mother, with whom she had been close. Desperate, she takes matters into her own hands, the scene showing her inserting a sterilized tong into herself being very difficult to watch.

She finally does tell her friends, but they draw back from her in fear and revulsion, one of them saying, “Do as you please, it’s not our business.” Later one of them does give her a name and a address garnered from another friend of an abortion practioner. The friend assures Anne that the woman sterilizes her instruments. What transpires during the next sequences, which includes Anne’s selling many of her possessions to raise money for the fee (and a trip to visit the impregnator that proves fruitless)—with the notations of the passing weeks popping up—makes the film much like a horror story. Happening is as far from Animal House­ and those countless other frat and sororiety flicks as one can get!

The film’s saddest aspect is that Anne is utterly alone in her frantic struggle to save her climb out of working class drudgery. Her mother would neither understand nor approve of her plans. Her one time lover shirks any responsibility. Her close friends have abandoned her, and many of her female class mates regard her as a slut. Everyone accepts the harsh law, no one of them protesting it.

Anne is not seeking just to rid herself of an inconvenience, but of the opportunity for a life that she controls, and not some husband. She shows in her studies that she is intelligent, though during her struggle her grades slip so that everything depends on her passing her final examination—and her trip to the abortionist has caused her to miss many of the class lectures. Anne does not seem to be a believer, but if she were, the words from Psalm 16 would speak to her and serve as an expression of her feelings.

The two take aways from the film for me is, first, how the unfairness of her situation is. She bears the entire weight of the result of a few nights of sexual pleasure, while the young man can—and does—walk away. Secondly, this stark situation for unwed pregnant women, set in a past almost 60 years distant, could be the future for our the women of our country. And it’s sad to see that the staunchest advocates of a return to the past are people who call themselves Christian! This is an important film that I hope you, dear reader will see, but also urge others to take it in as well.

French student Anne desperately searches for a way to end her pregnancy, but it is 1963, & a harsh law criminalizes abortion, punishing both patient & any medical personel who aids her.
Editor Rating ★★★★★5 out of 5
More Details