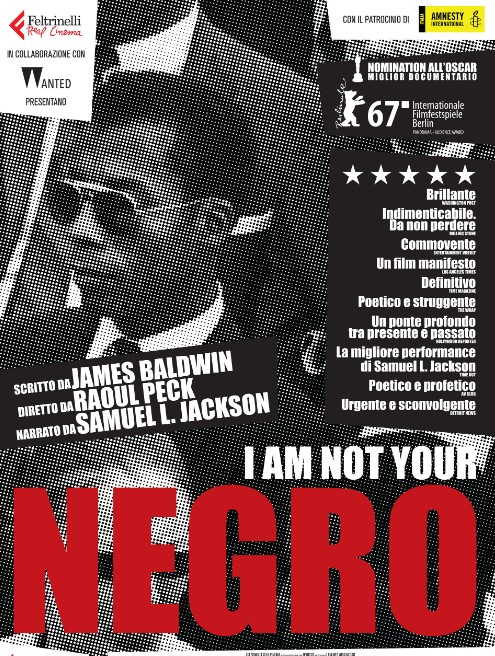 When this review was posted 6 years ago I failed to include it and the discussion questions in that issue of the journal. I post both now because the film is being discussed via Zoom early in December. See my current blog for how you can join in this nation-wide discussion.

Woe unto them that decree unrighteous decrees,

and that write grievousness which they have prescribed;

To turn aside the needy from judgment,

and to take away the right from the poor of my people,

that widows may be their prey, and that they may rob the fatherless! 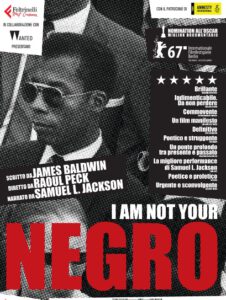 When I was in seminary and beginning my ministry James Baldwin through his provocative writings made a deep impression on me. Many times, I quoted his statement that being a black man in America meant being in a perpetual state of rage. His polemical The Fire Next Time I regarded as every bit of a God-sent prophecy as the denunciations of injustice hurled forth by Amos and Jeremiah. And now we see, thanks to this work by film-director prophet-Raoul Peck, that Baldwin’s words are as relevant today as they were a half century ago. Despite what the naïve Supreme Court justices thought when they ripped out the heart of the Civil Rights Act, racism is still almost as strong as it was when Jim Crow laws kept “Negroes” in their place. Racism has just gone underground, those still under its sway defending themselves by using the term “political correctness” against anyone who would call them out on their remarks and acts (usually disguised by code words and phrases such as “law and order”).

The Haitian-born filmmaker in a way finishes a work that Baldwin was working on at the time of his death in 1987, Remember This House. He had completed just 30 pages and was hoping to visit the survivors of the three prophets he had cherished as friends, murdered between 1963 and 1967, Medgar Evers, Malcolm X, and Martin Luther King Jr. As we see words addressed to his literary agent typed onto the screen, Baldwin wanted “these three lives to bang against and reveal each other, as in truth they did, and use their dreadful journey as a means of instructing the people whom they loved so much, who betrayed them, and for whom they gave their lives.”

The author’s text from his unfinished book is scattered throughout the film, read forcefully by Samuel L. Jackson. We hear Baldwin himself in numerous clips from his TV appearances and speeches on college campuses. All of these quotations provide evidence of what an articulate and courageous observer he was, a true prophet willing to call out liberal whites, as well as rabid segregationists, on their shortcomings. Whites too often, Baldwin observed, thought racism to be an individual affair, conquered by converting the individual, when in reality it was systemic, embedded in our culture. The director also inserts archival photos and news clips from Civil Rights demonstrations and clips of his three friends, as well as photos and clips from ads demeaning to blacks, the latter including scenes from Hollywood films. None of the black screen characters, he says, acted like any black person he knew.

The film clips will be of special interest to VP readers. They go back to the silent era’s Uncle Tom’s Cabin­ and the Thirties era King Kong, Dance, Fool, Dance, and the Stepin Fetchit movies with their negative image of blacks. Films from later on include Imitation of Life, Guess Who’s Coming to Dinner? and The Defiant Ones. Baldwin’s comments on the latter remind me of my surprise years ago, when I first read his report of the reaction to the film of the audience in Harlem.  Like other whites, I saw the film, about a black and a white convict (played by Sidney Poitier and Tony Curtis) escaping while still chained together, as an appeal to racial brotherhood because their hatred of each other slowly changes to mutual respect. Blacks saw it otherwise. The two convicts manage to break the chain that had bound them together. When Poitier’s character jumps aboard a slow-moving freight train, Curtis’ almost reaches the black’s outstretched hand, so he can be pulled aboard. Failing to do so, the Black jumps off, now unwilling to abandon his friend. Baldwin approvingly reports that the Black audience yelled, “Fool! Get back on the train!” The author points out that liberal depictions of Black-White relations in film are attempts to get blacks to let whites off the hook and make them feel better without really facing up to the enormous damage that racism has inflicted on blacks—and on whites as well.

Early Hollywood’s negative view of blacks was carried over into print, a series of shameful magazine ads depicting blacks only in servant roles, adding a touch of color to the mostly B&W documentary. (Aunt Jemima was just one of many such servile characters.)

Just as traditional Christianity teaches the total depravity of humanity, Baldwin teaches the total depravity of American society because of the embedded racism in it. Indeed, he fled his native land to Paris so that he could experience for the first time a sense of freedom, but felt compelled to return to the U.S. when the Civil Rights Movement gained momentum. He says that he wanted to be a witness (and participant) to the struggle to change America, rather than watch it from afar.

Baldwin wrote as an outsider, pointing out that he was not Black Muslim, a Black Panther, nor a Christian –the latter, he says because the church did not practice the command to love the neighbor. He also might have added that the intense loathing of homosexuals of most of church leaders and members at the time also put him outside its pale. (There is just one mention of his homosexuality in the film, revealed in an excerpt from a report by the FBI that kept a watch on him because Hoover saw the writer as a Communist endangering the security of America.)

Because of his repeatedly calling out the “moral apathy of American whites’, viewers might be reminded of Baldwin’s friend’s “Letter from a Birmingham Jail” in which Dr. King denounced his Southern white detractor’s, some of whom considered themselves liberal, and complained that he was pushing racial matters too hastily. By including scenes from Ferguson and recent police beatings and shootings (including Trayvon Martin’s murder), the director shows that the Black Lives Matter movement is very much needed.

This is truly a movie that matters, and should be seen and discussed along with another film that ought to dispel illusions that racism has been defeated, Ava DuVerna’s 13th. Some have called racism “America’s Original Sin.” When Jesus’s summary of the Law is read, it is apparent that it is indeed the church’s, given the long history of so many of its members’ complicity in the slave trade, slavery, and the maintenance of segregation. All religious leaders who believe that the Scriptures have relevance to current life should be calling this important film to their people’s attention!

In closing, I leave you with these Baldwin quotes to ponder:

“The story of the Negro in America is the story of America. It is not a pretty story.”

“What white people have to do, is try and find out in their own hearts why it was necessary to have a nigger in the first place, because I’m not a nigger, I’m a man, but if you think I’m a nigger, it means you need it.”

Note: My review of this director’s film Lumumba, telling the story of America’s complicity in the murder of the African leader, can also be found at visualparables.org

Page numbers refer to those in the film’s companion book of the same title, which contains much of the film’s narration and photos.

Raoul Peck uses an unpublished James Baldwin work as his guide & script, enriched by archival clips & interviews, to expose racism in the US.
Editor Rating ★★★★★5 out of 5
More Details