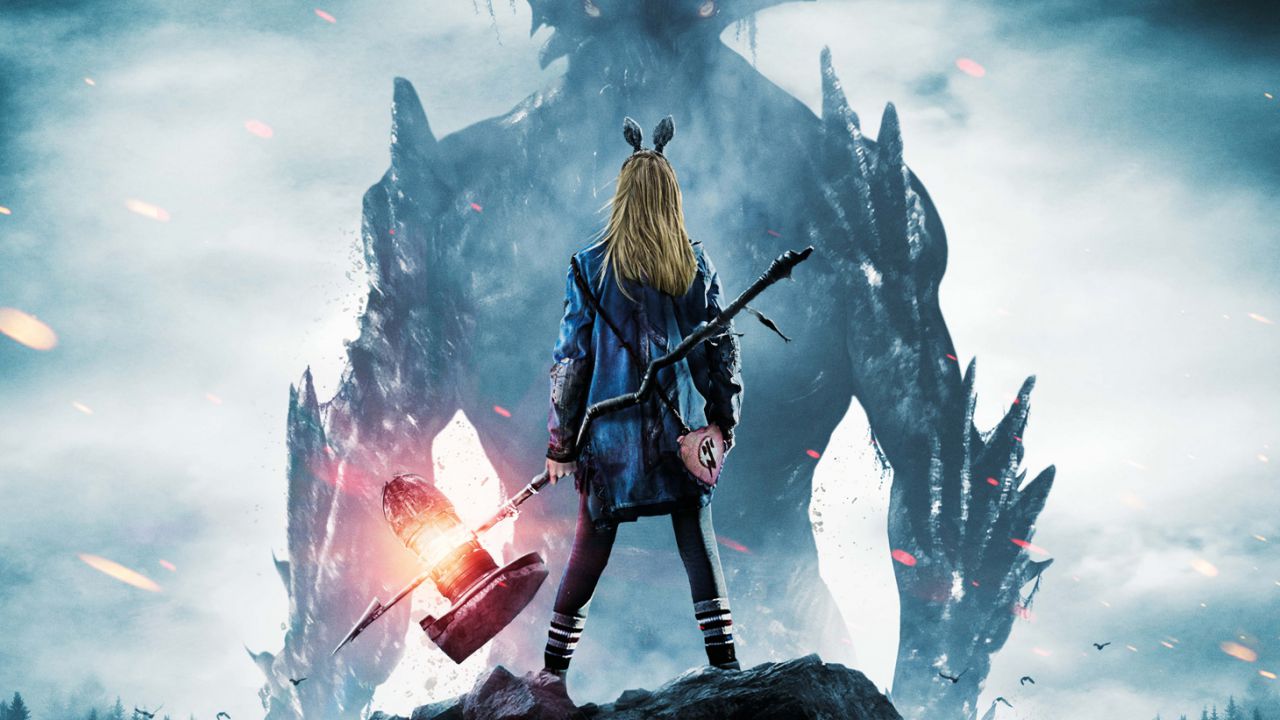 There is nothing better for mortals than to eat and drink and find enjoyment in their toil. This also, I saw, is from the hand of God


“Blessed are those who mourn, for they will be comforted.

Blessed are the meek, for they will inherit the earth.

Blessed are those who hunger and thirst for righteousness, for they will be filled.

Blessed are the merciful, for they will receive mercy.

Blessed are the pure in heart, for they will see God.

Blessed are those who are persecuted for the sake of righteousness, for theirs is the kingdom of heaven.”

This family-friendly story of a young outsider was adapted from a graphic novel by its author Joe Kelly and directed by Anders Walter. Young Barbara (Madison Wolfe) is a delightful resourceful girl using her imagination to cope with a trauma too great to confront directly, hence her creation of a vivid mythical world which she feels called upon to protect against threatening giants by magical means.

12-year-old Barbara Thorson almost promotes the ridicule and bullying at school by her appearance—she wears large bunny ears and glasses and always has on hand her purse in which she carries a storm hammer to strike any of the giants or titans whom she believes are about to appear. Once a fan of D&D, she now plays out her fantasies in the real world of her small Jersey shore town. Her older sister Karen (Imogen Poots) works overtime at a demanding job to earn a living for the two of them, so she is seldom present to listen to or supervise the girl. Her teen brother (Art Parkinson) is so self-centered and nasty that he just increases her sense of isolation.

Barbara’s nemesis at school is the larger girl Taylor (Rory Jackson) who enjoys tormenting her whenever possible. Barbara does attract one friend, Sophia (Sydney Wade), a new girl who has just moved to America from Leeds, and is curious about the unusual student. Barbara rebuffs Sophia’s first attempts to connect, but the English girl’s persistence melts Barbara’s icy reserve, though she warns her, “People close to me get hurt.” This will turn out to be right.

Barbara does have a concerned advocate in the school’s therapist Mrs. Mollé (Zoe Saldana) who strives to get her to open up and share her thoughts and feelings. Barbara resists and spends most of her spare time on the beach and riding her bike into the nearby woods to set up intricate traps for the giants when they come to attack the town. She currently has made bait from jam and gummy bears.

At first we are taken in by Barbara’s sincerity about the giants and titans, so we expect this to be a magic realism film. However, the filmmakers are not interested in making a fantasy movie but something rarer, a movie about fantasy. We eventually learn why the parents are absent and what traumatized Barbara has done to save herself. And also, we learn that fantasy can be a teacher. In one scene of Bárbara’s a Titans tells the girl, “All things that live in this world die. This is why you must find joy in the living, while the time is yours, and not fear the end. To deny this is to deny life.” He, or Barbara who conjures him, must have read the Book of Ecclesiastes.

It is almost a crime that this film of rare insight into childhood and grief and trauma did not receive the promotion that it deserves. The cast is excellent, with young Madison Wolfe pitch perfect as the grief-stricken daughter trying to cope with life in the ways that she learned from her immersion in Dungeons and Dragons. We enter into the creative mind of a girl traumatized by grief that she creates a fantasy world more real to her than the daily one tainted by classmates who bully her.

This is a film families should take to heart, offering parents (or grandparents) an opportunity to talk about death and grief and coping. It would be hard to find a better film for a junior high youth group to watch and discuss. Although it probably never made it to your local theater, it is available on DVD and Tubi.

This review will be in the November issue of  VP along with a set of questions for reflection and/or discussion. If you have found reviews on this site helpful, please consider purchasing a subscription or individual issue in

A young, imaginative girl traumatized by grief conjures up "giants" but fortunately is befriended by a classmate & her school counselor.
Editor Rating ★★★★★4.5 out of 5
More Details