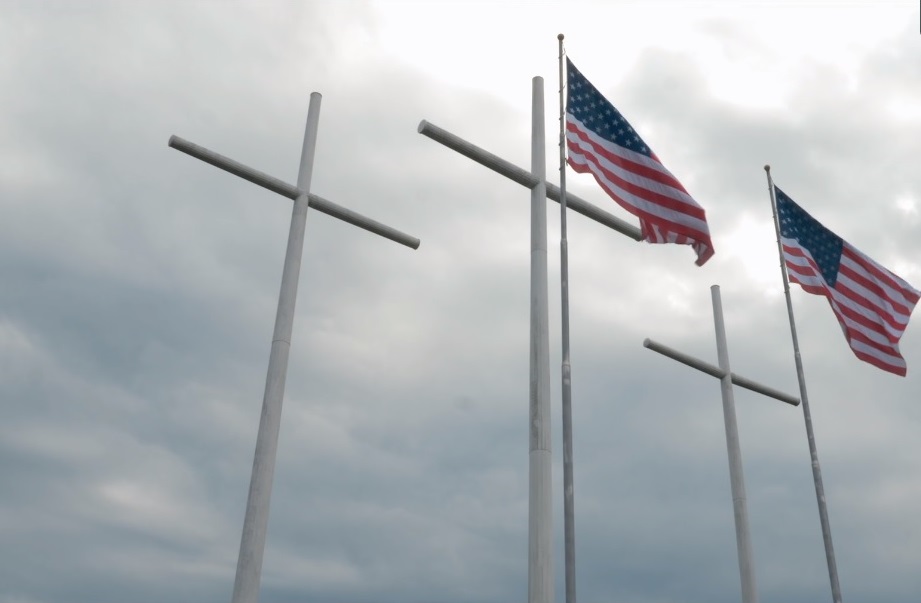 But Jehoshaphat also said to the king of Israel, “Inquire first for the word of the Lord.”  Then the king of Israel gathered the prophets together, about four hundred of them, and said to them, “Shall I go to battle against Ramoth-gilead, or shall I refrain?” They said, “Go up; for the Lord will give it into the hand of the king.” But Jehoshaphat said, “Is there no other prophet of the Lord here of whom we may inquire?” The king of Israel said to Jehoshaphat, “There is still one other by whom we may inquire of the Lord, Micaiah son of Imlah; but I hate him, for he never prophesies anything favorable about me, but only disaster.”


“Blessed are the peacemakers, for they will be called children of God…

“You have heard that it was said, ‘You shall love your neighbor and hate your enemy.’ But I say to you, Love your enemies and pray for those who persecute you, so that you may be children of your Father in heaven; for he makes his sun rise on the evil and on the good, and sends rain on the righteous and on the unrighteous.”

Writer/director Kevin Miller’s film is a polemical documentary that provides an excellent history of what some regard as the fall of Christianity, and others its perversion. The filmmakers are disturbed by the antics of conservative Evangelicals who would wrap Jesus in the American flag and pretend that this is a “Christian nation.” Such so-called Christian leaders are like the court prophets in the Hebrew scriptures, headquarted in and around Jerusalem where they are ready to endorse whatever the king desires to do. In 1 Kings we see one prophet stood alone against this identifying the king’s wishes with God’s, though in the full story even he at first, perhaps out of fear, was willing to go along with his fellow prophets and endorse the war the king wantd to wage. Much later Jeremiah will also face the decision of whether he should go along with the prophets popular with the king and his court or to accept his calling from God to denounce his own country because it had forsaken God’s covenant. Jeremiah’s continully denouncing of the king and resistance to foreign invastion cost him dearly, as it still does when a citizen refuses to support a war that the government has promoted as righteous and necessary.

In the film we are shown lots of American flags, military displays, and guns—lots of guns– sometimes to the stirring tune of “Onward Christian Soldiers.” There are patriotic parades, and Jerry Fallwell, Jr. speaks to a huge audience at his Liberty University, a bastion of fervent Christian patriotism.

Kevin has assembled a large cast of dissenting  pastors, scholars, historians, and activists to present a good summary of how the church fell to its present low. (You can bet none of them will ever be invited to address the students at Liberty University.) The only one I recognized was Gareth Higgins, host of the Movies That Matter site and annual conference, but all support the view that dates back to the Protestant Reformation, that the beginning of the fall of Christianity began with Emperor Constantine’s acceptance of Christianity, leading eventually to its adoption as the official religion of the Empire. Before that historic event, Christians had largely followed Jesus’ teaching of pacifism, refusing to serve in the army or engage in violence. After Constantine, Christians accepted violence, even persecuting pagan believers and during the Middle Ages stirring up the masses to join in numerous Crusades to win back Palestine from Muslims. And, of course, there was the Inquisition and innumerable religious wars and persecutions.

One interviewee asserts that evil was seen as an external thing, not an inner one, and that as soon as you external evil, you become evil yourself. The sequence showing the history of the church from Constantine on is certainly filled with the evils committed by Christians!

Scholars also examine several Scripture passages that have been used to justify complete obedience to the government. (Remember Jeff Sessions quoting Romans 13?) Thus, along with presenting a clear history of Christian nationalism, the film provides guidance on refuting it and reclaiming the New Testament heritage of love and nonviolence. This is a film crucially relevant for our time, one that every Christian should be seeing and discussing. Be sure to have Bibles on hand when and if you do so. The film is not just interesting, even engrossing—it’s vital. Non-Christian might also be interested in the film: they will see that Christian Nationalism is not the position of very Christian, that there remains alive among Christians that prophetic spirit of Micaiah and Jeremiah, the ability and willingness, as Thoreau put it, to say “No!”

To rent or buy this film, go to:  https://jesusafilm.com/

The film denounces Christian Nationalism, showing how the church fell into this error, and by analyzing misused Scripture passages, shows how we can recover the church's lost heritage of peacemaking.
Editor Rating ★★★★★5 out of 5
More Details