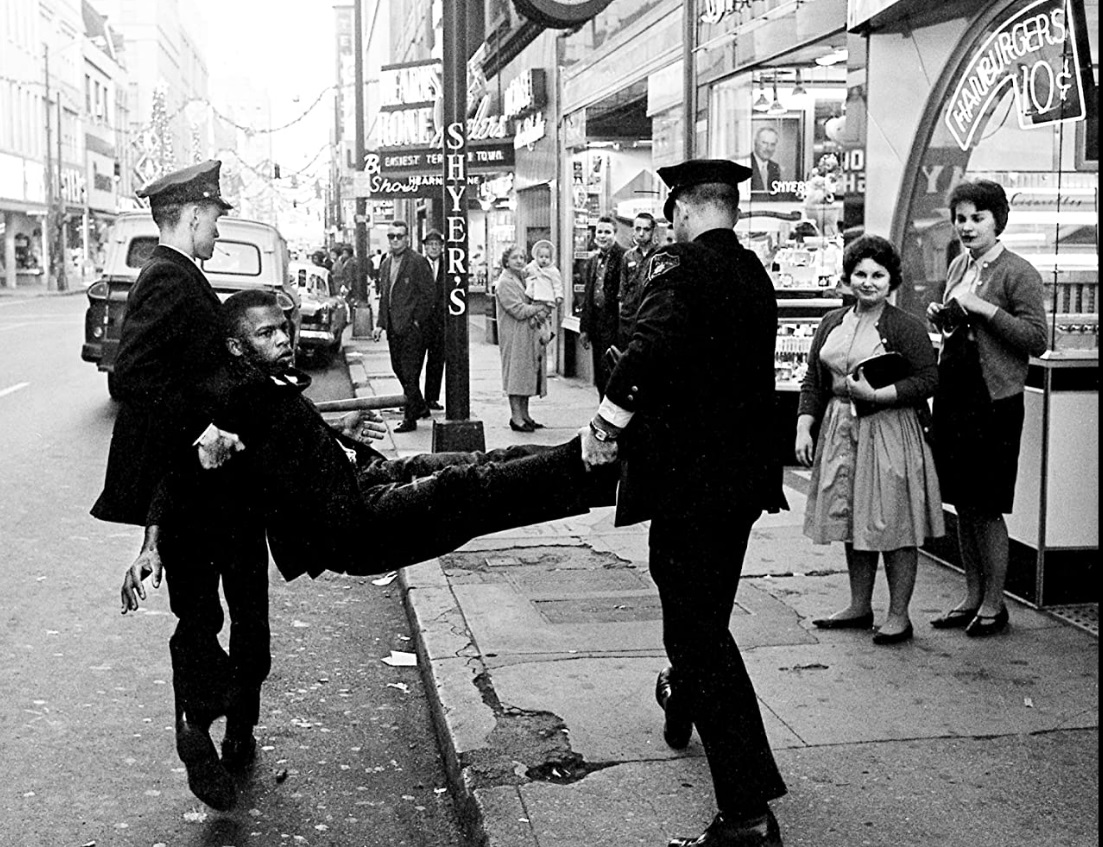 When Ahab saw Elijah, Ahab said to him, “Is it you, you troubler of Israel?”  He answered, “I have not troubled Israel; but you have, and your father’s house, because you have forsaken the commandments of the Lord and followed the Baals.


Woe to him who builds his house by unrighteousness, and his upper rooms by injustice; who makes his neighbors work for nothing, and does not give them their wages

Like Jeremiah denouncing the king and people for their evil deeds,  CR leader John Lewis has long been one of America’s prophets speaking truth when so many preferred the lies of racism. Director/writer Kathleen Dowdey does a fine job encapsulating the prophet’s long life in its short running time of less than an hour. Originally airing in February of this year, it is currently available to watch for free on PBS until the middle of August.

The film is introduced by Henry Louis Gates, Jr., and then switches to Lewis himself visiting a Civil Rights memorial and expounding his philosophy of that in every human being there is “something sacred, something precious, something , and so I believe in nonviolence as a way of life.” Born just outside of Troy Alabama in 1940, Lewis was the 3rd of 10 children. His siblings fondly recount how as a 5-year-old he would preach to the chickens because he wanted to become a preacher. He was 15 when he first heard Dr. Martin Luther King, Jr. speaking on the radio about the Montgomery Bus Boycott then taking place.

Although John was proud of his hard-working sharecropper parents, he clearly did not heed his mother’s advice once he went off to college. His mother had told him, “Don’t get into trouble. Don’t get in the way.” But in Nashville’s American Baptist Theological Seminary, as well as later at Fisk University, he became involved in “The Nashville Movement,” consisting of boycotting buses and sit-ins at lunch counters. He was so deeply impressed by James Lawson’s nonviolent workshop he attended, where he learned of Gandhi’s revolutionary work in South Africa and India, that he embraced nonviolence for the rest of his life. Instead of staying out of trouble, he said he must  engage in “good trouble, necessary trouble.” And did he ever get in trouble, arrested over 40 times, and at Selma, beaten almost to death when the state storm troopers launched their vicious attack on the marchers at the infamous bridge! He became like a son to Dr. King and was honored to be the youngest of the speakers at the 1963 March on Washington. At that time, he was considered a radical and had to be persuaded to soften his remarks at the end of the speech that alluded to Gen. Sherman’s infamous (to Southerners) march through Georgia. He was campaigning with Presidential candidate Bobby Kennedy when news of his mentor’s murder arrived. Staying true to his belief in nonviolence, he was ousted from the leadership of the Student Nonviolent Coordinating Committee (S.N.C.C. ).

The story of his Congressional campaign in Atlanta brought him into collision with his ally Julian Bond over the same seat, the result being his victory but with their relationship broken for a while because of controversy over their taking a drug test—Lewis later expressing his regret over the incident. For 33 years he has served with distinction in the House of Representatives, often referred to as “the Conscience of Congress.”

Watching and discussing this inspiring film is a fitting way to honor the memory of one of the Civil Right’s Movements great leaders. He was the last of the speakers of the March on Washington to die, passing on the banner for justice and equality to a new generation. Be sure to see it at PBS.org by August 17, after which you will have to pay for a DVD of it.

The story of CR leader turned US Congressman John lewis, from his sharecropping days through Sit-ins & Freedom Rides to his beating at Selma & years as the "Conscience of Congress."
Editor Rating ★★★★★5 out of 5
More Details