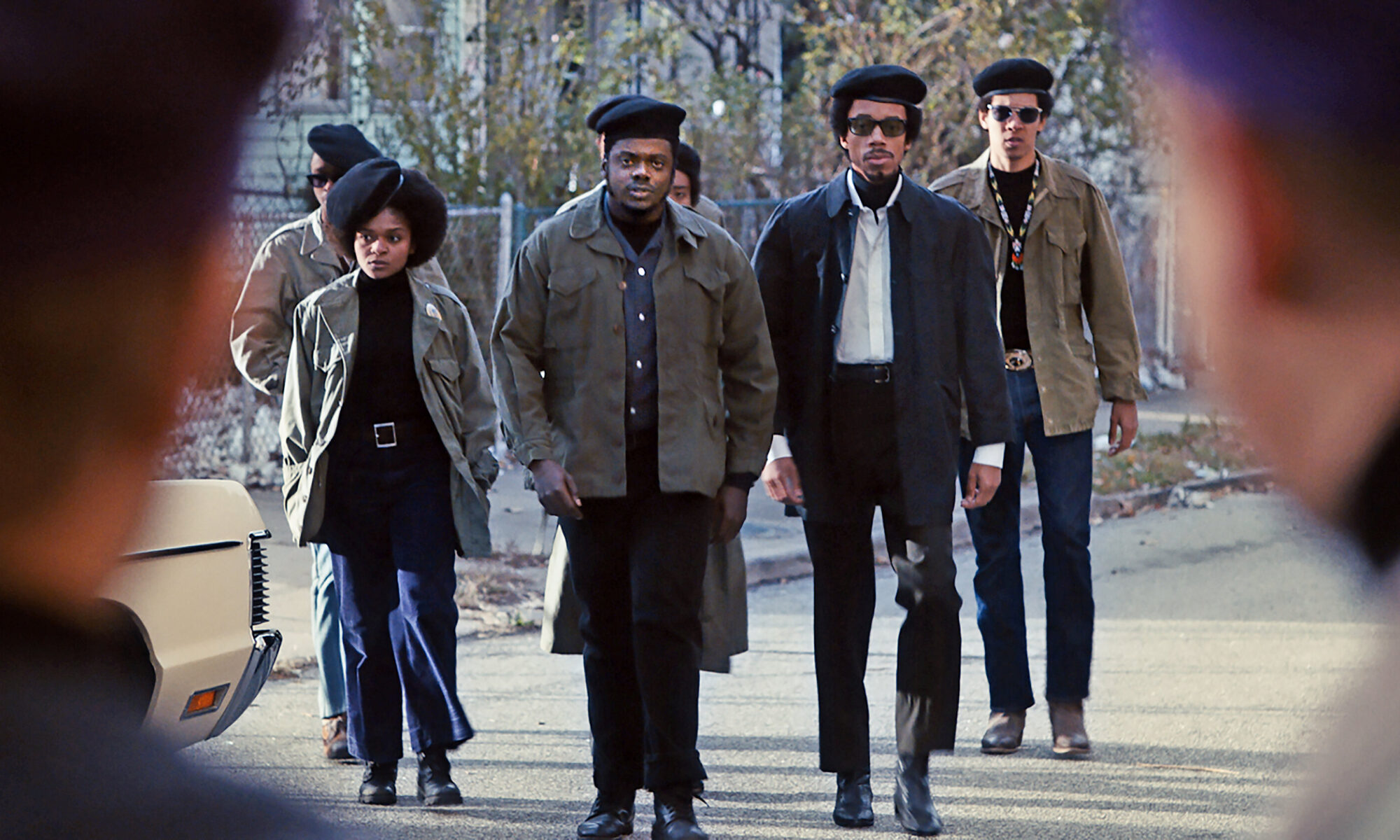 Ah, you who make iniquitous decrees,
who write oppressive statutes,
to turn aside the needy from justice
and to rob the poor of my people of their right,
that widows may be your spoil,
and that you may make the orphans your prey!


While he was still speaking, Judas, one of the twelve, arrived; with him was a large crowd with swords and clubs, from the chief priests and the elders of the people. Now the betrayer had given them a sign, saying, ‘The one I will kiss is the man; arrest him.’ 49 At once he came up to Jesus and said, ‘Greetings, Rabbi!’ and kissed him. Jesus said to him, ‘Friend, do what you are here to do.’ Then they came and laid hands on Jesus and arrested him.

Director co-writer Shaka King has aptly named his bio film, one of its two main characters being car thief William O’Neal (LaKeith Stanfield). William serves well as a stand-in for the New Testament disciple who sold out his leader, Fred Hampton (Daniel Kaluuya). As painted by the media at the time, Fred Hampton might seem like a poor stand-in for Christ, but the film reveals another side of this Black Panther leader that the FBI and the media, blinded by the Bureau’s head, sought to hide from the public. Yes, Fred Hampton could be menacing with his cry of “Black Power!” and rejection of Martin Luther King, Jr’s nonviolence, but his Black Panther Party was dedicated to helping the poor Blacks of Chicago. Shaka King helps us to see not only the benevolent side of Fred Hampton, but also the dangerous, dark side of the FBI and its czar J. Edgar Hoover. (What a contrast in roles, the actor—Martin Sheen– who once played in West Wing a man of integrity now playing a manipulator of public opinion willing to indulge in assassination!)

After being arrested for impersonating a federal agent William accepts the deal of real agent Roy Mitchell (Jesse Plemons) in order to save his skin. The latter regards the Black Panthers as just a Black KKK, and so any means is fine with him, if it brings down the head of the Panthers. Thus William sets out on his traitor’s path to get close to Fred Hampton and gain his trust.

Hampton is just 20 years old when we first meet him in 1968, but already a skilled negotiator as he seeks an alliance with a Black gang leader. He is aware of the momentous events transpiring around him, such as at the Summer Olympics in Mexico City, where winning American athletes raised their fists in the Black Power salute. People in America and all over the world were rebelling against the oppressive status quo. He was supported in his organizing efforts by the revolutionary woman who would become his lover Deborah Johnson, (Dominique Fishback).

We first see Hampton through his public speeches as a bold and confident leader eager to destroy the white man’s capitalist system that oppresses Blacks. In one of his speeches he says, “Housing, justice, peace… Life, liberty, happiness. I mean, it’s all right there in the Declaration of Independence. But when poor people demand it, it’s a contradiction — it’s not Democracy, it’s Socialism.” Then, in private, we see he is shy at first around Deborah, as uncertain of his powers as any young 20-year-old might be.

The portrait of William is also nuanced, the snitch, as he rises through the ranks of the Panthers and learning more about them, beginning to have second thoughts about everything. Mitchell, too, is shown as a man who sincerely accepts Hoover’s belief that the Panthers are terrorists who threaten the country, and thus extra-legal means are justified in bringing them down. He says, ” I’m all for civil rights but you can’t cheat your way to equality. And you certainly can’t shoot your way to it.” Only Hoover is portrayed as a monster with no redeeming qualities.

Fred Hampton has been portrayed in film before, The Trial of the Chicago 7, but only in a minor way as a spectator sitting just behind the 7 defendants and offering advice and comments. Here, in King’s film, we are given far more details of his life—and discover what a tragedy and travesty of justice his murder by Chicago cops and federal agents was. And what a menace to liberty and truth our own government, or at least some of its respected agents, can be. Fred Hampton’s story, one involving a political assassination perpetrated by high U.S. officials, needed to be told, and Shaka King has told it well.

The sad story of how the FBI used a Black thief to get close to & set up Black Panther leader Fred Hampton for assassination in Chicago.
Editor Rating ★★★★★5 out of 5
More Details