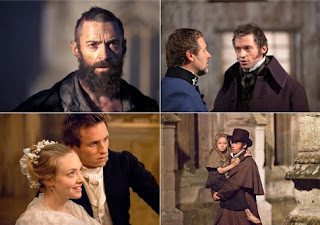 But Esau said, ‘I have enough, my brother; keep what you have for yourself.’ Jacob said, ‘No, please; if I find favour with you, then accept my present from my hand; for truly to see your face is like seeing the face of God—since you have received me with such favour.
Genesis 33:9-10

Beloved, I am writing you no new commandment, but an old commandment that you have had from the beginning; the old commandment is the word that you have heard. Yet I am writing you a new commandment that is true in him and in you, because* the darkness is passing away and the true light is already shining.. Whoever says, ‘I am in the light’, while hating a brother or sister, is still in the darkness.  Whoever loves a brother or sister* lives in the light, and in such a person there is no cause for stumbling.
I John 2:7-10

This review was originally posted on www.visualparables.net in the Jan/Feb issue of Visual Parables. In its journal form it contains over a dozen questions for discussion. The journal is available by subscription, as per instructions on the site.