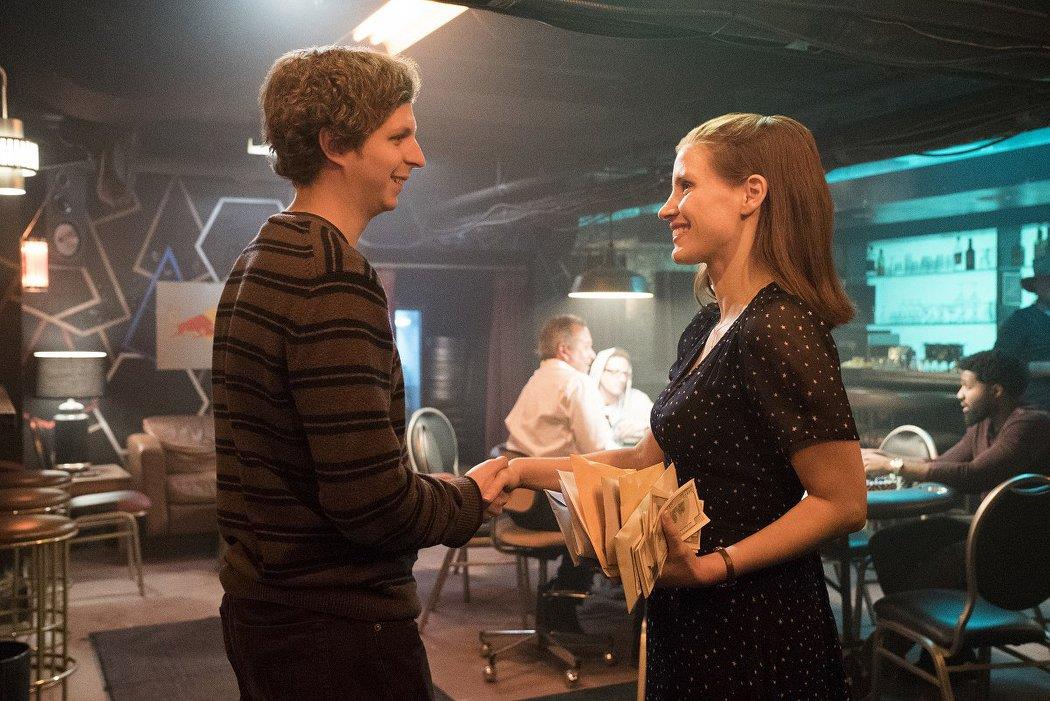 O Lord, who may abide in your tent?
Who may dwell on your holy hill?

Those who walk blamelessly, and do what is right,
and speak the truth from their heart;
who do not slander with their tongue,
and do no evil to their friends,
nor take up a reproach against their neighbors;
in whose eyes the wicked are despised,
but who honor those who fear the Lord;
who stand by their oath even to their hurt;
who do not lend money at interest,
and do not take a bribe against the innocent.

Those who do these things shall never be moved.

After scripting so many films and TV shows, Aaron Sorkin directs for the first time. Based on Molly Bloom’s 2014 memoir, Molly’s Game: From Hollywood’s Elite to Wall Street’s Billionaire Boys Club, My High-Stakes Adventure in the World of Underground Poker, I am thankful that the title was shortened for the film, even as some of the chronology was shifted around for dramatic effect. As a story about trying to preserve one’s integrity amidst sordid circumstances, this is a film worthy of your time and money, especially because Sorkin deals with a female protagonist this time. There is also a heart-warming scene of reconciliation, making this a good addition to my list of father-daughter films.

Had it not been for a small twig on a snow-covered hill, we might have known Molly Bloom as an Olympic-class skier, rather than the purveyor of an exclusive high-stakes poker game and FBI target. In a flashback serving as a prologue we see Molly in her ski gear with her father Larry Bloom (Kevin Costner) providing tough love. Small pieces of pine boughs had been placed near the bottom of the ski hill to protect against the icy conditions, but of them one tripped up Molly, her crash severely injuring her back and ending her promising skiing career. She then moves to Los Angeles where she works for a nasty promoter of illegal poker games open only to those who can plunk down the $10K admission fee. At first, she knows little about poker, but through Google learns very quickly.

In the present day, she is sitting in the posh New York office of defense attorney Charlie Jaffey (Idris Elba), hoping to convince him to take her case, even though she is unable to pay his $250,000 retainer. When the FBI had raided her apartment in the middle of the night, they had seized all her assets, leaving her in a desperate financial plight.

The series of flashbacks, narrated at break-neck speed by Molly, reveal how she was able to break away from her slimy boss and, using his client list and her sexual charisma, set up her own series of high stakes games, eventually moving to New York City, a city filled with greedy financiers, bankers, and others eager to increase their wealth the fast way. Dressing provocatively, to please her clients, and hiring other “girls” to welcome and serve drinks and food, Molly draws a table-full of players eager for money and power, and some so ruthless that they enjoy destroying financially an opponent.

Michael Cera plays a movie star known only as Player X, said by some to represent Tobey Maguire–Leonardo DiCaprio and Ben Affleck were also have alleged to have played in one of the rooms of the palatial hotels Molly rented for the occasion. She even came up with monogrammed poker chips and cards.

Molly tried to keep things legal, but apparently crossed the line when she agreed to help a player unable to pay his debt and started to hold back some of the winnings so she could pay her bills. She also plunged into dangerous waters when she admitted some Russian oligarchs to the game, which apparently drew the attention of the FBI. (She denied knowing about their background.) Also, to cope with the tension and stress, Molly starts taking drugs, which often leaves her woozy at the end of a game session. She seemed to be at the height of her power when the FBI raid brought her life crashing down upon her head.

The Federal agents pressure her to cooperate with them, but she refuses. First, she states that she did not know that some players were Russian gangsters, a claim the Feds do not believe. Secondly, she did not want to harm any of the clients who had trusted her. Had she talked, their reputations or careers might have been ruined.

Molly’s story can be regarded as what happens to a woman when she “encroaches” on male turf—old patriarchies do not give up, or share, power readily. Or, instead of being a victim, she can be seen as a principled person standing up to a stacked system designed to cut her down. Certainly, the FBI comes off looking bad—who would send seventeen heavily armed agents in the middle of the night to arrest a woman with no record of using a gun? As already mentioned, the conditions among which Molly tried to run her game were sordid—the secrecy and the players’ greed, their misuse of power and desire to destroy their opponents. Not a pretty tale, save for the reuniting with her father at the end of te film, the film provides a glimpse into the lives of high rollers and those who aspired to their status.