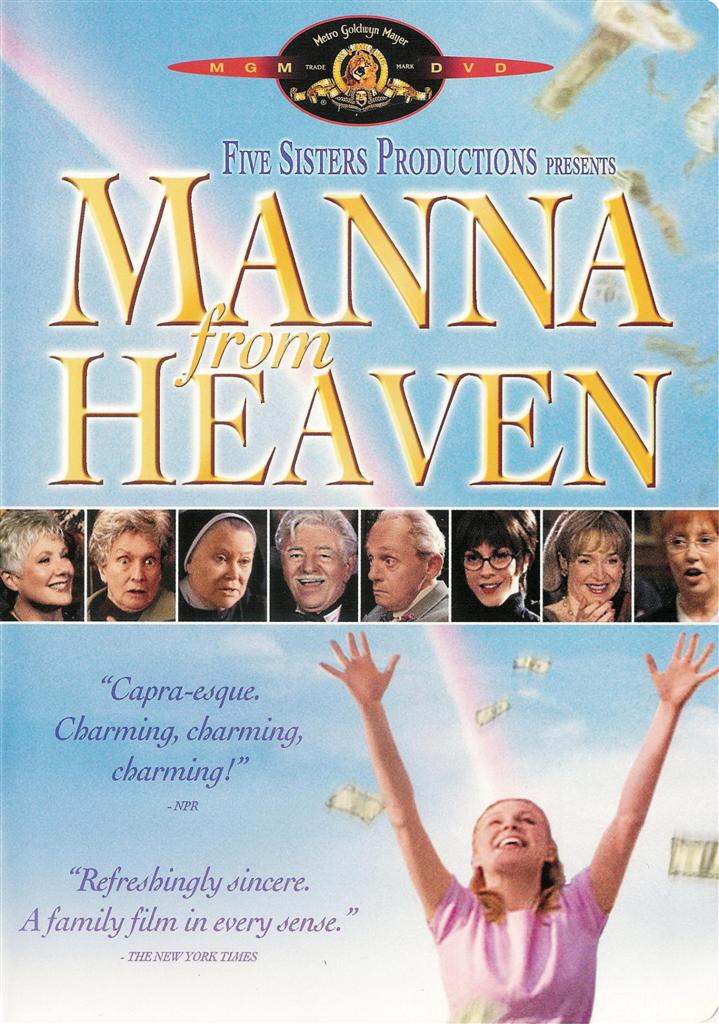 I reviewed sisters Gabrielle C. Burton and Maria Burton’s satirical Manna From Heaven  16 years ago, yet it could have been  inspired by today’s headline from Fox 59’s website–“Police Ask Public to Return Money After Brinks Truck Dumps Cash on I-70.”

In the movie a truck on a Buffalo, NY road loses  some $20 K, which members of a blue collar family rush out and scoop up. They argue over what to do with it, the stern Catholic mother stating that it should be given back. However, their pious youngest daughter appears, after having given to needy neighbors the money she had found, and declares they can divide and keep it because it is a wind-fall from God. 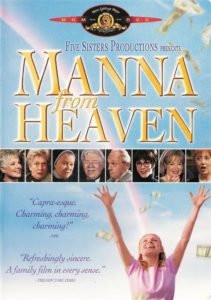 The amount of money that fell onto I-70 is much greater than in the movie, some $600 K according to the report. Motorists and people living nearby are shown in a video scooping up the bills, with many of them keeping their finds. I wonder if any of them saw the movie or have themselves come up with the idea that God has so blessed them? If so, I hope they will recall the second half of the film, and thus heed the present-day request of the police to turn in the money. (A few have, but thousands of dollars are still missing.)

The second half of the movie takes place ten years later when the pious girl has become a nun and has a new vision from God. She calls the family back together and tells them that the money was not a gift but a loan from God. Now they should pay it back after having the use of it for so long. The various members react in many ways, some dishonestly, but all of them funny. Unfolding exactly during the season of Lent, the story winds up on Easter, thus making this a delightful and meaningful film for church groups to use during the season of Lent next year.

If you haven’t seen the film, start by reading my review of it by clicking its title above.  You should be able to find the film at your library or via Amazon. If you decide to use the film with you group, the Winter 2005/6 issue of VP has a 14-question discussion guide. A pdf file of this issue is available from my Ohio office. Contact me for further information.

You can read the current news story at the link below. Truth catches up with fiction!