It has been too long since writing on this site, so now, while the last night’s news of Nelson Mandela’s death is fresh, I am impelled to respond to this world event. Like many of you, I was glued to my TV set last night, soaking in all the well-produced tributes on ABC and MSNBC. Even though I have followed his career for a long time–as one involved in civil rights, how could I not?–I learned a lot of new facts, such as his learning Afrikaans while in prison so that he could speak his enemy’s language when the day would come, as he always believed it would, that he was freed. There was a quote from him to the effect that when you speak to a person you connect with his mind, but when you speak in his native language, you speak to his heart.

The timing of his death–am so thankful that he was able to live to a ripe old age, unlike some of his colleagues such as Steve Biko–is interesting. The film I am most anticipating this month is MANDELA: Long Road to Freedom. I heard last night that the film was being premiered in London, with the crown Prince and other dignitaries present. At the end of the film the actor starring as Mandela, Idris Elba, came out from behind the screen and told the audience that Mandela had just died. He and the Prince then paid tribute to the great man.

I have seen two other films centering on the leader, INVICTUS and MANDELA & DeKlerk. The first starred Morgan Freeman as Mandela. He himself was chosen by Mandela to play the role, and Freeman in turn chose the film director with whom he had enjoyed a close working relationship, Clint Eastwood. It is a marvelous film illustrating all of the comments being made about him concerning his eschewing retaliation and stressing reconciliation. You can see my review of it by going to visualparables.org and clicking onto its title in the Film Index. The title, you may recall, came from Mandela’s favorite poem about maintaining control over one’s inner self (“I am the captain of my soul”) which helped him endure those long tough years as a prisoner at hard labor on Robben Island. 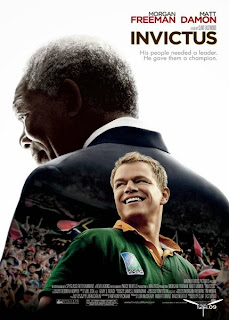 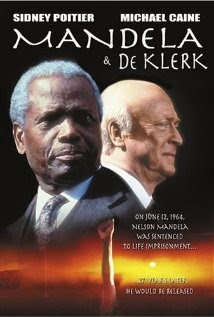 The second was a TV film aired in 1997 starring the great Sidney Poittier as Mandela and Michael Caine as the last apartheid era president. As the title indicates, it dramatizes the story of how the white president decided to contact his most famous prisoner and negotiate his release.
Those involved in civil rights in this country have long felt connected with the South African freedom movement. In my own case as a high school student it was the far away scourge of apartheid that made me more aware of the situation in our own country. Recommended by adults, Alan Paton’s Cry the Beloved Country, a novel about a priest searching for his lost son, moved me deeply, as did Zoltan Korda’s 1951 film adaptation. There is a later film version, also very good in that it stars James Earl Jones and Richard Harris as the two grief-stricken fathers. Through the years I have referred to the novel and film in my sermons and discussion groups.

I loved the interview last night in which Congressman John Lewis, once one of Dr. King’s  brilliant young assistants spoke of his meeting Mandela for the first time and telling him how he and the struggle of fellow South Africans had inspired him during his own struggle for equality in America. Mandela told him that he knew him and his work for freedom. something that surprised and humbled the Congressman. 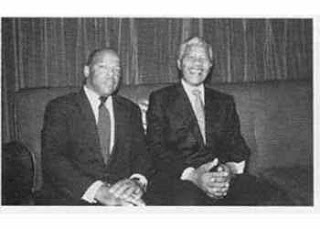 Back to Alan Paton and his novel–he was exiled and his book banned in his native country–but almost as soon as the novel was published it was adapted for the Broadway musical stage by Maxwell Anderson, with the composer Kurt Weil creating the music. I discovered this during my college years and listened to it often, it becoming one of my favorite record albums thanks to Weil’s haunting music and Anderson’s retaining so much of the poetic language of Paton’s novel. 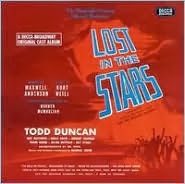 The album is now available digitally from Amazon, well worth the asking price of $9.99. Go there, and you can listen to a few opening measures of the songs.
This album figures in my only direct connection with South Africa, an event that took place in the 1980s when I pastored a church in Westfield, New York. Located a mile inland from Lake Erie, you might expect this little upstate New York town, known only as the home of the Welch Grape Juice Company, to be so isolated that nothing so far away as South Africa could touch it. However, this was not the case, because busy I-90 and US Route 20 that connected it with Erie and Buffalo the world was easily brought to the village. A year or two earlier a group of Japanese and American Buddhist nuns and monks walked along that route on their Peace March across America, and our people agreed to house them for the night. (What a dinner and discussion we had that night, but that is another story.)
Our Presbytery, wishing to keep its member churches informed on world issues, and South Africa in particular, invited a team of South Africans to visit and speak at the churches. The South African who spoke to us and stayed the night was Willy (I am ashamed that I cannot recall his last name!). Director of a social service center for blacks, Willy described the terrible pass system, the brutal arrests, beatings and killings, and expressed the fear that his own teenaged children no longer believed in nonviolence as the means for change. Thus he feared for the future of his country, something stressed in Paton’s novel when a black priest observes in words to the effect, “I fear that when they have turned to loving, we will have turned to hating.” Willy’s report was an interesting contrast to the glowing report of conditions in South Africa that the son of one of our conservative members gave after being a guest of a white organization that sponsored a student tour–never taking them to a township or allowing them to talk with black dissidents.
After the dinner meeting I asked Willy if he knew of LOST IN THE STARS, and he replied that he certainly knew of Alan Paton and his novel, but had not heard of the play. After hearing some of it, he was eager to take back the tape I made for him, planning to smuggle it in with his personal suitcase so he could use it in his work of encouraging his oppressed people. It would have been confiscated and he would be in trouble if the customs agent had been aware of the cassett’s contents. Because I never heard again from Willy I have often wondered if it did get through and if he was able to play it.
Well this enough for now. Perhaps more later, especially when MANDELA opens here in Cincinnati. Actually, this might not be enough: for a wealth of material on Mandela go to ReadtheSpirit . Plenty of photos, interviews, and articles there!