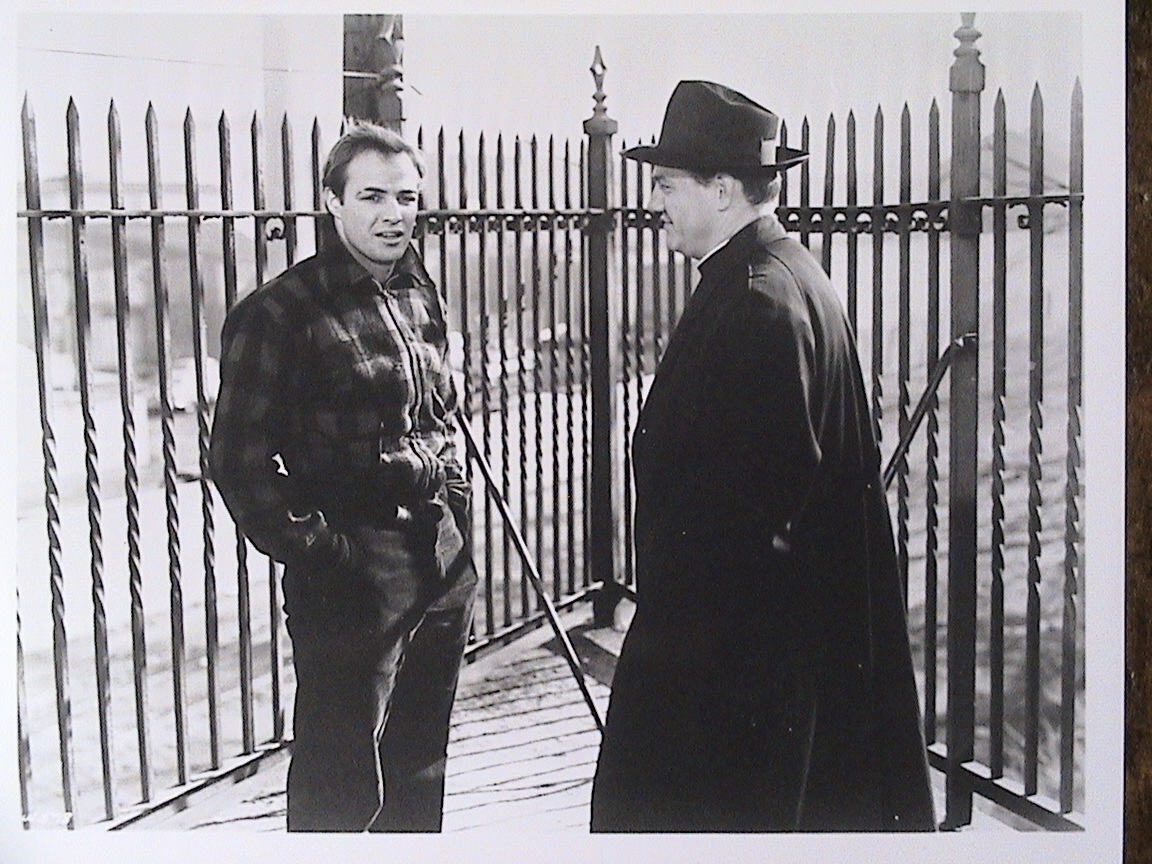 “He has shown you, O mortal, what is good;

and what does the Lord require of you

but to do justice, and to love kindness,

and to walk humbly with your God?”

“Yet a little while, and the wicked will be no more;       though you look diligently for their place, they will not be there. But the meek shall inherit he land, and delight themselves in abundant prosperity.

“And the king will answer them, ‘Truly, I tell you, just as you did it to one of the least of these who are members of my family, you did it to me.”…

This film from the 50’s is a real gem with a classic confrontation between good and evil. Terry Malloy (Marlon Brando) was once a “contender” in the prize ring but has now sunk to serving as an errand boy for the corrupt union boss who runs the dock workers’ union. A man is murdered when the mob learns that he intends to talk to the Senate committee investigating rackets. Terry knows what happened, since he had been induced to lure the man onto the roof, but refuses to become involved, even though he’s terribly upset by what he regards as the unnecessary use of force.

Edie, the murdered man’s sister (Eva Marie Saint) goads Father Barry, the parish priest, (Karl Malden) to come outside his church building and see what is happening on the docks. He does so, and is shocked to see the brutal ways the mob uses to dominate the hiring of dockworkers. He is outraged when another man, vowing to talk to the authorities, is murdered in the hold of a ship. Called to the scene, the priest delivers a strong sermon challenging the men to speak up and assuring them that Christ is with them on the docks.

Terry is also upset by the mob’s use of violence and is moved by the priest’s words. He has also become attracted to Edie and feels guilty at not coming forward to finger the murderers of her brother. But none of these move him enough to act until one final tragedy perpetrated by the mob causes him to boil over in rage.

On the Waterfront is one of the great films, offering superb performances by both the leading and the supporting cast members. It won Academy Awards in 1954 for Best Picture, Best Actor (Marlon Brando) and Best Supporting Actress (Eva Marie Saint). But more than a superbly crafted film, it offers a good opportunity for a group to make connections between their theology and the world. The priest’s sermon in the hold of the ship is an excellent introduction to incarnational theology. Once viewers see it in this film, they can more easily go on to more difficult films and discover the many ways in which film makers, usually unintentionally, flesh out the theological themes of the church.

This review is taken from my book Films and Faith: 40 Discussion Guides. Available for $10 only from my Ohio office. There are included 15 questions for discussion.

A girl & a priest pull dock worker Terry Malloy to testify against the mob, while his brother & the mob boss pull Terry in the opposite direction.
More Details