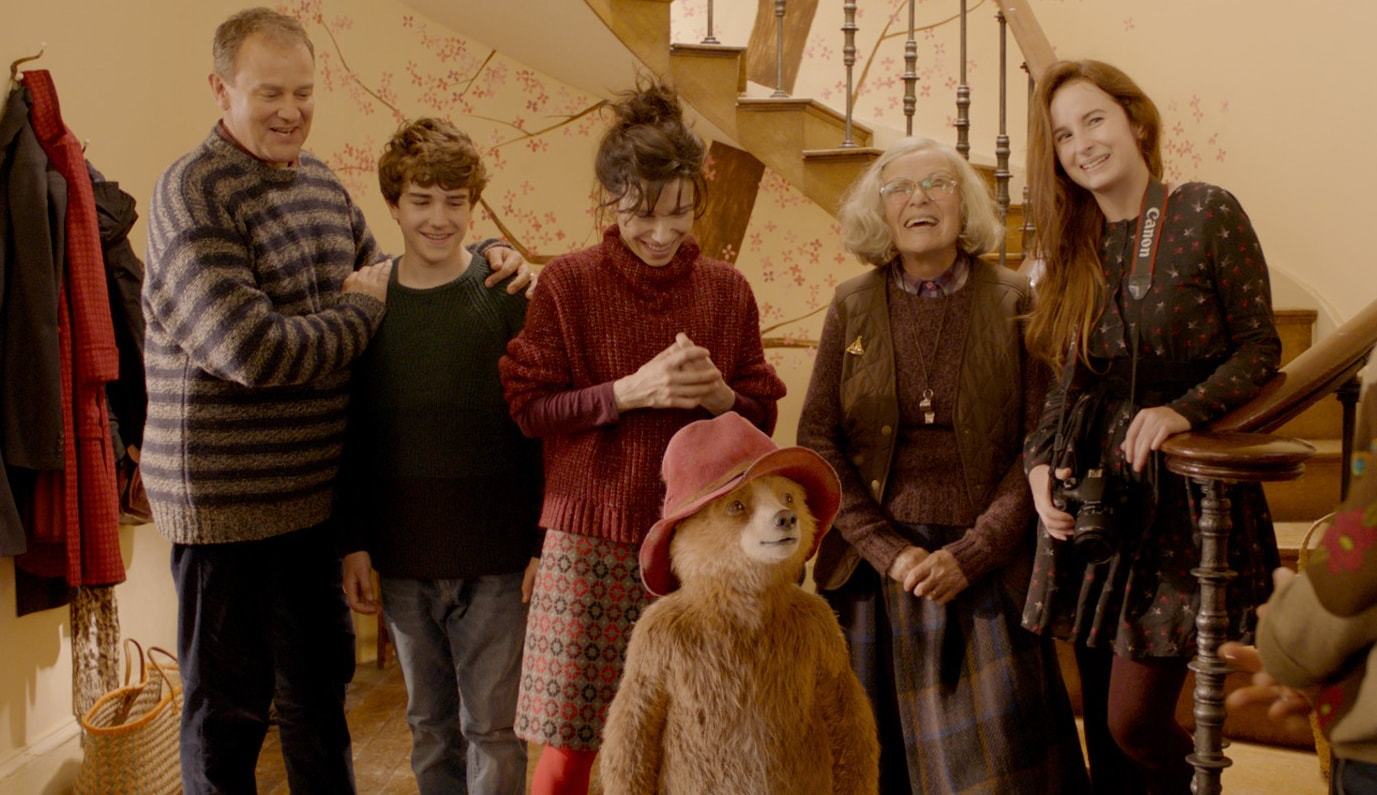 Cast thy bread upon the waters: for thou shalt find it after many days.

I found myself especially enjoying director Paul King’s sequel to the first Paddington movie because of the colorful pop-up book about London that our little bear hero spots in Samuel Gruber’s London antique shop. The book would be one I would love to add to my collection of pop-ups, many of which like the movie one feature marvelous replicas of famous buildings. Paddington, however, wants it for a more altruistic reason. Back in Peru his Aunt Lucy’s 100th birthday is coming up, and he would like to send her something special, such as this book which would show her the sights of the city into which he has settled so comfortably. 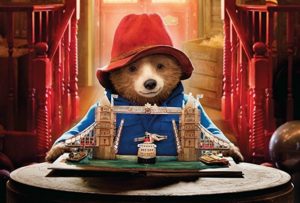 Paddington lives happily with the Brown family and become well known to the neighbors up and down the block. All but new neighbor Phoenix Buchanan (Hugh Grant) love him because he has been of help in so many different ways. When Mr. Gruber reveals that the book is rare and expensive, Paddington sets forth to earn the money needed to buy it. He fails spectacularly, Charlie Chaplin-like, as a barbershop attendant—need I say what happens to a customer’s hair? Although his window-washing efforts also include some funny incidents, he is able to start saving toward the book’s purchase price.

And then one night a bearded thief steals the book. Paddington sees the man, but unfortunately others see him and accuse the bear of being the thief. Wrongfully convicted, he is sent to prison where many mishaps befall him, but his recipe for marmalade sandwiches earns him the friendship of, Knuckles McGinty (Brendan Gleeson), the tough inmate who is the prison chef.

Delightful a character as McGinty is, Hugh Gant’s Phoenix Buchanan is the real scene stealer of the film. His was a once-famous actor far more hammy than Porky Pig, so he uses many disguises and theatrical costumes for his nefarious projects. Casting Grant was a stroke of genius, though this is not meant to downplay the stars Hugh Bonneville (Henry Brown), Ben Whishaw (voice of Paddington), Sally Hawkins (Mary Brown), and other fine actors—the scriptwriters have given him the meatiest role.

Meanwhile the Browns are working to prove Paddington’s innocence, their efforts leading to a carnival, and to—well a lot of delightful mayhem that includes a prison break, and a train ride, and…Because of Paddington’s good deeds throughout the neighborhood—he’s even befriended a stray dog—the Browns receive plenty of help from their neighbors. They all make possible a warm climax that will please young and old. Paddington’s wanting to show through the book something of London turns out, thanks to the Browns and the neighbors, far better than what he intended.  This is another so-called children’s film that the whole family can enjoy, a rollicking little visual parable about kindness, pluck, and the result of casting one’s bread upon the waters.

Paddington, the little bear from Peru, wants to buy an expensive pop-up book for his aunt's 100th birthday, but lands up in prison when accused of its theft.
Editor Rating ★★★★★4.5 out of 5
More Details