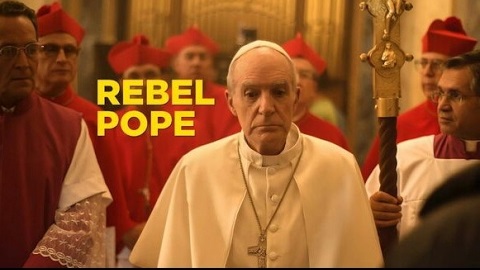 For some reason this review was not posted separately when it ran in the April 2016 VP. 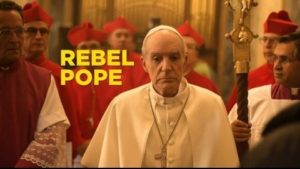 If you missed the first showing of this fascinating short bio-picture, National Geographic offers a second viewing on April 10 at 11 a.m. and 2 p.m. I caught it only because it was being advertised during the showing of The Story of God.

This might be called a drama-documentary in that in between the acted-out portions of the Argentine Jorge Mario Bergoglio’s life various authorities that have written on him add their comments. As a young man Bergoglio studied to be a doctor, but then felt called to be a priest, much to the objection of his mother. Because of his brilliance he rose quickly in the ranks of the Jesuit order.

It was a time of turmoil in his country, with the military taking over from the inept Peronist government, and the poor suffering great privation. The conservative young head of the order refused at first to support the various Jesuit working with the poor, even going to the extent of seeking a letter from the Vatican to remove the “slum priests,” as they were called, from the priesthood. How he changed and became a champion of the poor reminded me greatly of the arc of the life of Archbishop Oscar Romero in El Salvador.

My main criticism is that the film is too short, the jump midway from the young priest to the head of the church in Argentina leaving out too much of the life of this bishop who used public transportation to get to work. Still, this will tell most viewers a great many details of the life of this influential Pope that will make them appreciate him even more.

This review, without discussion questions is in the April 2016 VP.

The earlier life of Pope Francis in Argentina is told by those who know him & dramatized by actors.
Editor Rating ★★★★★4.5 out of 5
More Details