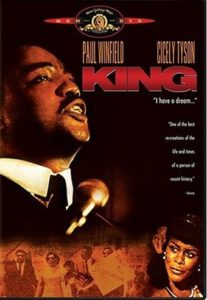 On this MLK Day most media outlets will play a clip of  Martin Luther King, Jr.’s famous 1963 March on Washington speech. And politicians of all stripes will praise him for his eloquence and courage, even though their past values and acts have gone against what the great American prophet taught and died for.  Jesus words from Matthew 23 come to mind.: “Woe to you, scribes and Pharisees, hypocrites! For you build the tombs of the prophets and decorate the graves of the righteous, and you say, ‘If we had lived in the days of our ancestors, we would not have taken part with them in shedding the blood of the prophets.’ Thus you testify against yourselves that you are descendants of those who murdered the prophets.”

Until the issue of the current TIME  Magazine came out I have found few others who believe that we should be hearing quotes from a later speech spread abroad, reminding us that the words of true prophet sting as well as inspire us by their beauty. I refer to the speech he delivered in April 1967 at NYC’s Riverside Church denouncing the Vietnam War. I was pleased to  read the article about this in TIME, and absolutely delighted that the editors posted it on line.

If you have not seen the TV film KING, in which Paul Winfield ably portrays the prophet, this is a good time to do so. The sequence  climaxed by the Riverside Church speech is well done, with virtually all of his advisers and allies urging him not to deliver it because it will result in him losing the support of the President and the white liberal establishment. Which it did. There is always a cross thrust upon a prophet–even in America.

Click onto the links to see the article and/or my review of the film.  Let’s honor the whole man this year.