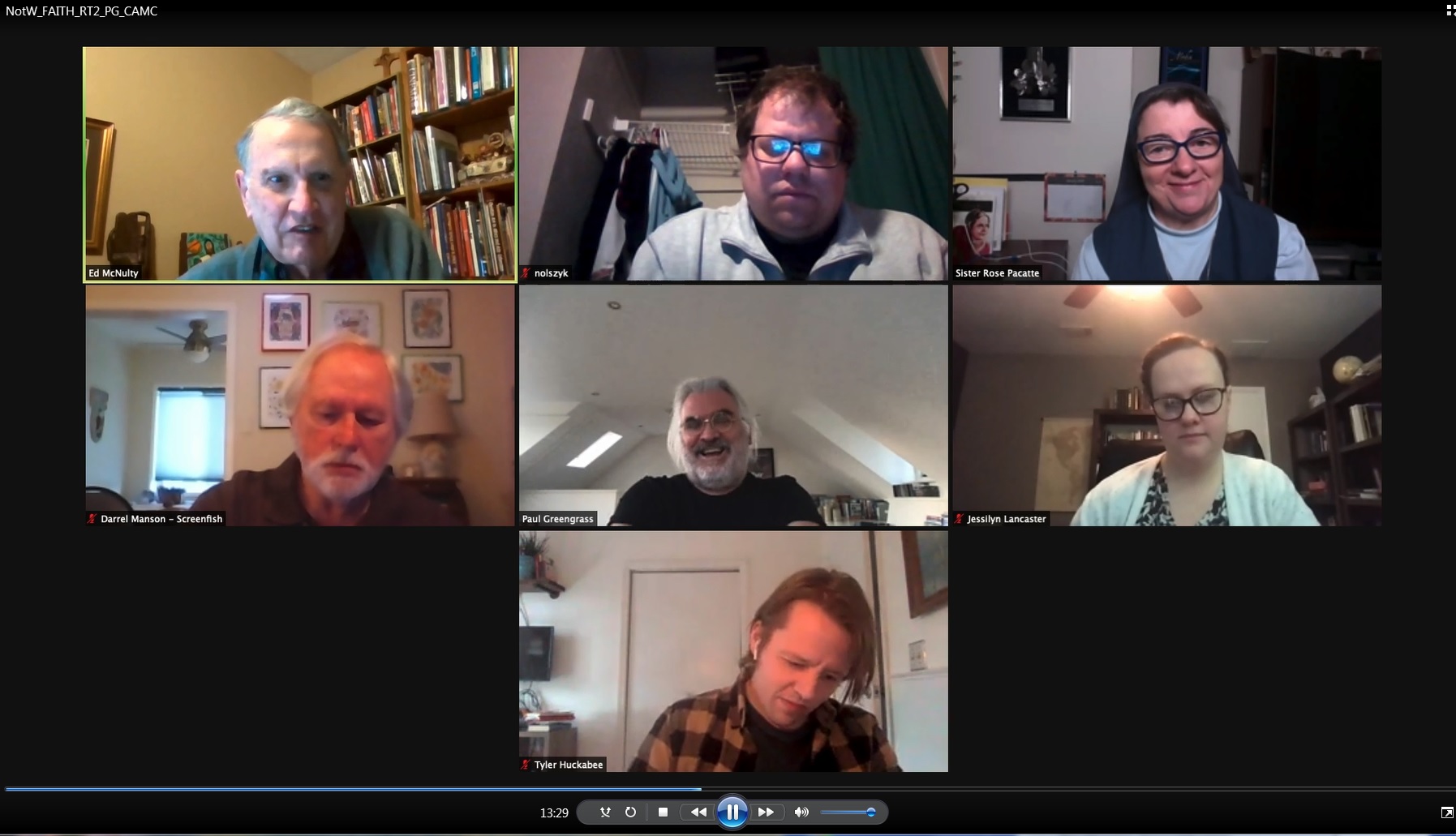 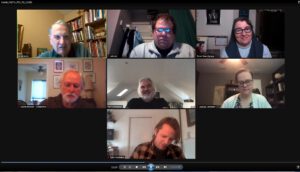 This morning (Monday, Jan. 12) I was privileged to be part of a group of 7 film reviewers who met via Zoom with Paul Greenglass, director of the new Tom Hanks film NEWS OF THE WORLD.  Look in on us on YouTube by clicking this. I think you’ll enjoy the film even more if you watch the half-hour session. He talks about the Western genre, news and the importance of truth, the spiritual journey of the main character, and more. I come in at 12:54, asking my question about the title and Capt. Kidd’s struggle over reading the real news and a local thug’s fake news.

Mr. Greengrass is a native of Great Britain currently working in Hollywood. Other of his films reviewed in Visual Parables are:  Captain Phillips; Jason Bourne; Green Zone (in  May/June 2010); and United 93. According to IMDB he will soon be at work on a new version of George Orwell’s novel 1984.

One of the unexpected delights was to see a friend of many years ago, Sister Rose Pacatte. We met and worked together at the University of Dayton with Sister Angela Ann Zukowski on a film course. At that time living and reviewing films in Toronto, Sister Rose now reviews films in Los Angeles.

This video is one of 8 videos in my YouTube series under the name of  Presbycritic. I also have 3 reviews under the name of CritcalFilmLuver, AUSTRALIA, DISTRICT 9, and FROST/NIXON. To find these others, you can go to YouTube and type either of my user names.