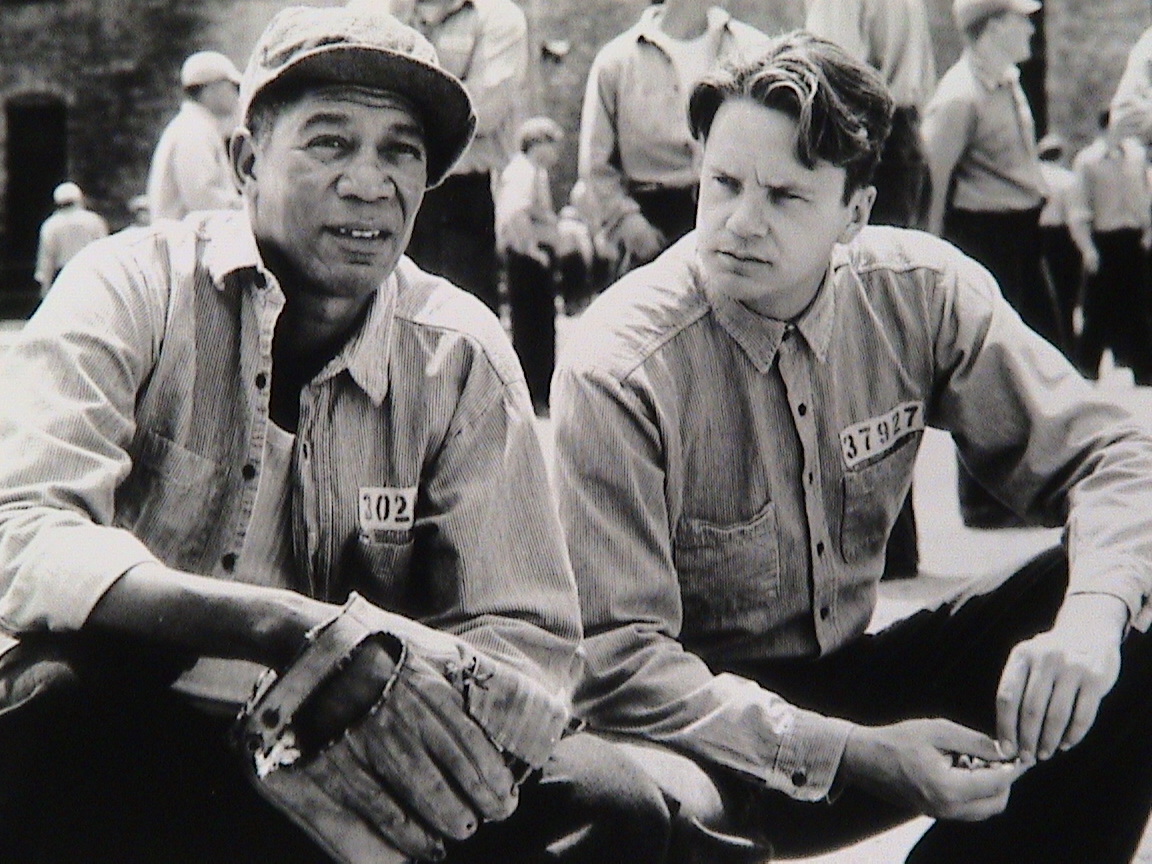 Doug Sweet in his column brought to my attention that Oct. 14 marks the 25th anniversary of the release of this fine film. Thus this reprint from the Oct. 1994 issue of VP.

Frank Darabont both directed and adapted for the screen Stephan King’s short novel about a friendship forged amidst the adversity of prison life. Tim Robbins plays Andy, a bank vice-president sent to prison for the murder of his wife and her lover. His friendship with Red (Morgan Freeman) begins when he asks the prison can-do man to obtain a small rock ax so that he can continue his rock hobby. Andy comes up against a sodomizing gang, brutal guards, and a venal warden, but still manages to keep his dignity and hope alive-and, as we eventually learn, more than that. Andy is like Paul who wrote, “We are afflicted in every way, but not crushed, perplexed, but not driven to despair; persecuted, but not forsaken; struck down, but not destroyed

Sometimes reminiscent of Cool Hand Luke, this beautifully made film is filled with great moments of grace, especially when Andy locks the door and plays a beautiful operatic duet over the prison public address system. For a couple of minutes, the prisoners are transfixed, their spirits soaring with the lovely music into a world they either had forgotten or had known little about.
When the guards break in, Andy is beaten and thrown into solitary for two weeks, Red asks him was it worth it and Andy replies yes, declaring that music is something inside of you, “something they can’t touch.” When Red talks about their situation as being hopeless, Andy tells him, “Get busy living, or get busy dying.”

Andy’s rescue from the brutal group of prisoners that would have sodomized him and also from working in the laundry, comes through his knowledge of finances and law. After helping the chief guard with an inheritance tax problem, he is soon besieged by other guards, and eventually the warden himself uses him to launder his kick-back money. How Andy manipulates this and manages to turn the tables to his advantage makes for a fascinating and satisfying story on the big screen.

Tim Robbins or Morgan Freeman should be nominated for an Academy A ward on the basis of their portrayals. Bob Gunton, the warden, is even more evil here than he was as the vicious arch traitor in Matewan. This is a movie not to be missed. Stephan King must be proud to say that it came from his story.
Reprinted from the Oct. 1994 issue of VP.

When banker Andy Dufresne is wrongfully imprisoned for the murder of his cheating wife, he forms a friendship with Red that benefits both & finally enables him to outwit the warden.
Editor Rating ★★★★★5 out of 5
More Details