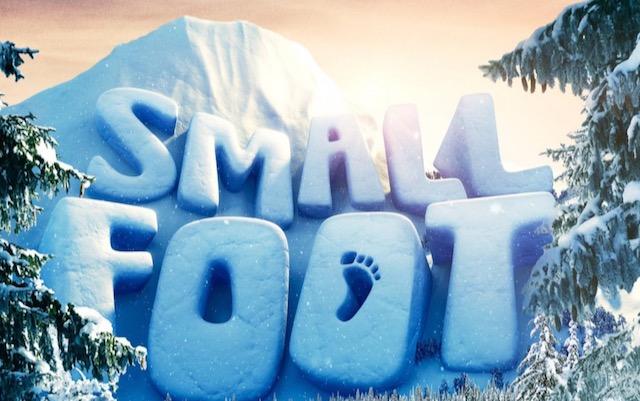 My child, learn what I teach you and never forget what I tell you to do.  Listen to what is wise and try to understand it. Yes, beg for knowledge; plead for insight.  Look for it as hard as you would for silver or some hidden treasure.


For he is our peace; in his flesh he has made both groups into one and has broken down the dividing wall, that is, the hostility between us.

I was not enthusiastic about watching one more animated film until, at an advanced screening, two song clips from the film were played ahead of the feature. They instantly changed me into an eager advocate for the film. The songs are “Wonderful Life” and “Moment of Truth,” both so good that I’m including links so that you can hear them and read the lyrics in the discussion guide included in the journal.  More on them and how adults and children can engage with them later.

This film about first contact between the mythical Yetis and a human will probably make VP’s Top Ten Films list. It comes at a time when those who seek to rule by fear by attempting to keep our minds and hearts closed to those who are different seem to have the upper hand.

Director Karey Kirkpatrick (Over the Hedge, reviewed in the Summer 2006 VP)), working from a script he co-wrote with Clare Sera, based the film on the book Yeti Tracks by animator Sergio Pablos. It is often funny, but also insightful, especially if adults will watch it with children and explore with them some of the meaning of the song lyrics, which the first time heard might pass over the heads of children.

The story posits a tribe of Yetis living above the clouds in the Himalaya Mountains. 18-foot tall Migo (Chanum Tatum) loves to scare the young ones with tales about mythical creatures with small feet who do fierce and cruel things. However, some in the tribe, such as Meechi (Zendaya), Gwanji (LeBron James), Kolka (Gina Rodriguez) and Fleem (Charlie Day), believing that the small-footed creatures are real, have formed the Smallfoot Evidentiary Society—and they have some physical evidence to back up their belief. Their philosophy, so much like that of the scientists who pushed against the dogmatism of the Church during the Renaissance, is beautifully expressed in the song “Wonderful Life,” sung by Zendaya.

Down below, beneath the thick cloud layer, there is indeed a Smallfoot, the human Percy (James Corden). He is an ambitious animal TV show host, who has brought to the village his TV crew to seek out the legendary Yeti. To ensure that he will score a hit he has brought a large Yeti suit which he intends for his assistant Brenda (Yara Shahidi) to wear. She, however, wants no part of such deception, despite his attempt to rationalize his misdeed and his promise that he will be straight-forward ever after. Thus, in the hilarious episode in which Migo falls from the mountain and wanders into the town, he encounters Peter. The latter at first thinks Brenda has changed her mind—she’s even put on the stilts, he remarks, as he looks up at the towering Yeti.

There are a series of misadventures that finally lead to understanding and harmony, punctuated by numerous songs. Talking about their lyrics, children can easily learn that those whom we regard as ugly and hostile might regard us in the same way. And also, to be wary of leaders who rely on ancient authority to bolster their rule. In this case it is the Stonekeeper (Common), called this because he has custody of a collection of stones on which are inscribed the laws and legends of the tribe. In the rap-song “Let It Lie” he recites the sad history behind the Yetis move to the mountains to escape human cruelty, and he, arguing that humans “don’t care about us,” advises Migo to “let it lie,” that is deny his meet-up with a real human in order to protect the tribe.

There is plenty of action below the clouds before both our Yeti and human heroes wind up wiser and kinder. This film has great potential for use with children, especially during this time when values such as diversity, tolerance, and power as a means of helping others rather than oneself are under attack. This is where the two songs mentioned earlier come in.

What a wonderful world it would be if every child could embrace the essence of the song “Wonderful Life,” written and sung by Zendaya. It invites us to” Take a look around/ And see the world we think we know/Then look closer/There’s more to life than meets the eye/A beauty to behold/It’s all much bigger than we know/It’s only just beginning to unfold/So let it all unfold.” Some have seen this song as embodying the scientific method, which is indeed fueled by a sense of wonder, but it can also be sung as a call to an open, rather than dogmatic, religious faith, with one verse telling us, “Far beyond all reason in your mind/There’s a world mysterious/There for you to find.” If there is one thing that progressive Christians hope for our children, it is that their faith in God will always remain open to new discoveries and challenges, rather than developing into a closed system shaped by fear of the new.

The second song that impressed me is Cyn’s “Moment of Truth,” a sprightly, rhythmic call to do “Something drastic, something new/Right here and right now/We need to find a way, somehow.” (I am reminded of the hymn based on a James Russell Lowell poem, “Once to Every Man and Nation.”) The Yetis have their negative views of humans based on the past, and humans have their distorted prejudices of the giant creatures—both summed up by the pejorative label “monster.” The song is “about reaching out, closing up the distance/Instead of hate, celebrate all the ways we’re different.” If this isn’t enough to make this a “must see” for our children with adults, then there is also all of the cinematic elements that make the film so much fun— Sony Imageworks’ excellent CG animation, sight jokes, a delightful voice cast that includes, in addition to the already named, Danny DeVito as Migo’s father, who expects his son to follow his profession of ringing the gong that causes the day to begin, and the already mentioned tuneful songs.

This review will be in the October issue of VP along with a set of questions for reflection and/or discussion and links to the songs. If you have found reviews on this site helpful, please consider purchasing a subscription or individual issue in The Store. Past issues of VP are available back to 2012, all of which are accessible to annual subscribers.

When a Yeti encounters high in the Himilayas a human, his tribe, which long ago fled because of cruel treatment, is divided over whether humans are just a myth or are real.
Editor Rating ★★★★★5 out of 5