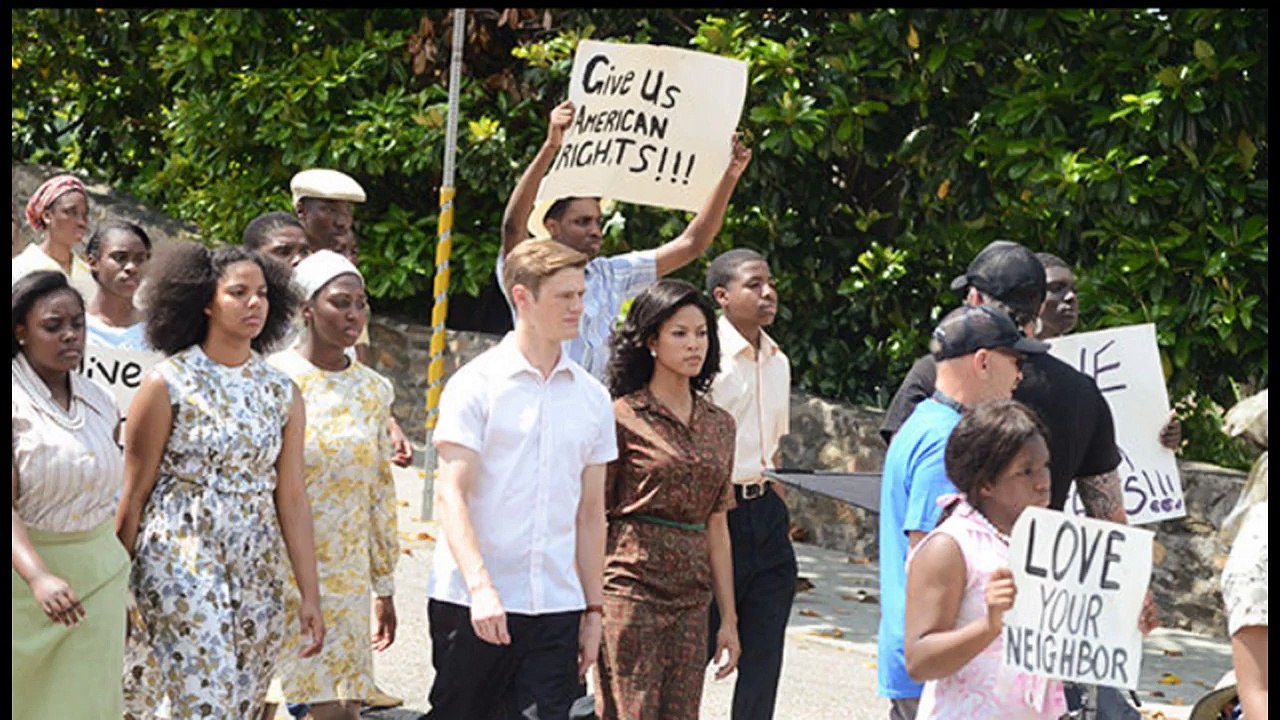 “But now I will come,” says the Lord,
“because the needy are oppressed
and the persecuted groan in pain.
I will give them the security they long for.”

The promises of the  Lord  can be trusted;
they are as genuine as silver
refined seven times in the furnace.

The wicked are everywhere,
and everyone praises what is evil.
Keep us always safe, O Lord,
and preserve us from such people.


“You have heard that it was said, ‘An eye for an eye, and a tooth for a tooth.’ But now I tell you: do not take revenge on someone who wrongs you. If anyone slaps you on the right cheek, let him slap your left cheek too. And if someone takes you to court to sue you for your shirt, let him have your coat as well. And if one of the occupation troops forces you to carry his pack one mile, carry it two miles. When someone asks you for something, give it to him; when someone wants to borrow something, lend it to him.


I have almost reached the regrettable conclusion that the Negro's great stumbling block in the stride toward freedom is not the White Citizens Councillor or the Ku Klux Klanner but the white moderate who is more devoted to order than to justice; who prefers a negative peace which is the absence of tension to a positive peace which is the presence of justice; who constantly says, "I agree with you in the goal you seek, but I can't agree with your methods of direct action";

Writer-director Barry Alexander Brown’s film is based on Bob Zellner’s well-received 2008 autobiography The Wrong Side of Murder Creek: A White Southerner in the Freedom Movement. The author’s move from sympathetic but do-nothing white moderate to zealous C-R activist is a good illustration of Dr. King’s criticism in his famous prison letter. At first glance the film might seem to be another tale Hollywood loves to make, a white liberal comes to the rescue of poor downtrodden Blacks, ala Mississippi Burning. But when we note that Spike Lee is an executive producer, we know this cannot be the case. Bob Zellner’s is a real-life story, important in that he became the first white man to work for the Student Nonviolent Coordinating Committee, but he is not a savior figure. Rather he is the one needing the saving..

The title is well chosen, Bob (Lucas Till) being the grandson of Ku Klux Klansman J.O. Zellner (Brian Dennehy). His father James (Byron Herlong) had also once been a member of the KKK, but, affected by his experience during WW 2 with Jews in Nazi-occupied Europe, he left it to become a Methodist minister, one of the moderates criticized by Dr. King. Bob was engaged to a beautiful southern belle Carol Anne (Lucy Hale), who with her moneyed family’s connections expected a bright future with her man—but one that does NOT include his becoming involved with the unpopular Civil Rights Movement.

Bob’s deviation from Carol Anne’s plans begins when he and some fellow students, seniors in a sociology class at Huntington College in Montgomery Alabama, are working on a paper on “solutions to racial problems in the South.” They want to talk to Negroes to get their viewpoint, but their professor suggests that they do not need to do this. Ignoring this cautious advice, the group attend a Black worship service and visit the newly formed Montgomery Improvement Association where Rev. Abernathy (Cedric the Entertainer) and Rosa Parks (Sharonne Lanier) are amused by their naivete but welcome them and their questions.

Even coming into contact with such “Communists” and dangerous “agitators” is upsetting to their teachers, friends, and family. Even more, to the police and the Klan. The cops try to arrest the students but they manage to flee out a back door—and soon the Klan raises a cross outside Bob’s apartment. More opposition will come as Bob slowly climbs down from the fence occupied by southern moderates to enter the fray at great personal risk. Violence reaches a peak when Freedom Riders arrive in town and are savagely beaten by segregationist who believe they are defending the American Way of Life against godless Communists. Even the quiet scene in which Bob meets with his grandfather in a park has an undercurrent of violence. During their argument the old man speaks of putting a bullet in the young man’s head. His hateful words end as Bob joins hands with the Black Joanne (Lex Scott Davis), the activist to which he is attracted, and walks away.

I suspect considerable license is taken in the script that shows Bob showing up at the Atlanta office of SNNC, being given the keys by the activist in charge and told to answer the phone as she leaves on a mission. Entrust the files and telephone to an untrained volunteer who could be a spy for segregationists? A bit much to swallow, but it does provide a light, humorous touch to an often somber story. Not hard to believe, however, are the scenes of brutal attacks on Zellner and other activists. And there is a realistic scene of volunteers being trained for nonviolence, with the trainers heaping insults and liquids upon their heads—the only similar scene that I can recall being in the Danny Glover-produced Freedom Song. Both Gandhi and D r. King insisted that it required discipline and strict training for a person to be able to stand up to injustice.

Many real-life persons are depicted throughout the film—in addition to the already mentioned Ralph Abernathy and Rosa Parks, there are: activist and friend of Rosa Parks and Eleanor Roosevelt, Virginia Durr (Julia Ormond); civil rights lawyer/activist Jessica Mitford (Sienna Guillory); Freedom Rider Jim Zwerg (Matt William Knowles); activist Charles McDew (Onye Eme-Akwari); Jim Forman (Chaka Forman, the son of Forman); and John Lewis (Dexter Darden), the latter who went on from CR activism to represent Georgia’s 5th congressional district in the United States House of Representatives. Quite a constellation of CR stars, so it is unfortunate that Brown couldn’t have given more screen time to at least a few of them, most of them appearing as mere cameo characters. (At least we do hear a few lines from one of Ralph Abernathy’s sermons.)

Jake Abel’s Doc serves as Bob’s principal antagonist, a longtime friend who is outraged by his pal’s taking on the role of “traitor,” as southerners who believed in equality were dubbed. I don’t know if Doc is a real person or a composite, but he epitomizes well the implacable opposition of the prejudiced person who cannot change.

The film is far from perfect, but it is a good tribute to one of the less known leaders of the Civil Rights Movement. For some of us today it might provide a good example of the necessity for taking a stand when it is unpopular, even dangerous, to do so. I am reminded of James Russel Lowell’s poem made into a hymn, “Once to Every Man and Nation comes the moment to decide…” Bob Zellner and his fellow moderates are brought under the judgment not only of Dr. King and New England poet Lowell, but also of the author of Revelations 3:15-16, who wrote to the church in Laodicea

Bob Zellner is one of those lukewarm Americans who was transformed into a firebrand for justice and equality. He provides hope that the most unlikely person can rise above engrained racism and become a champion of freedom for all. And it all began with a term paper. Did ever any of your schoolwork lead to such life-changing results?

If this film appeared in a Cincinnati are cinema, I missed it, so I am glad I stumbled across it while browsing Amazon Prime. It’s a good film to use with both adult and youth groups in exploring social justice issues. This is definitely a visual parable and not just another time-filling piece of entertainment.

This review will be in the October issue of VP along with a set of questions for reflection and/or discussion. If you have found reviews on this site helpful, please consider purchasing a subscription or individual issue in The

The true story of how Alabaman Bob Zellner, grandson of a KKK member, became the 1st white member of the Student Nonviolent Coordinating Committee and the cost he paid.
Editor Rating ★★★★★4 out of 5
More Details