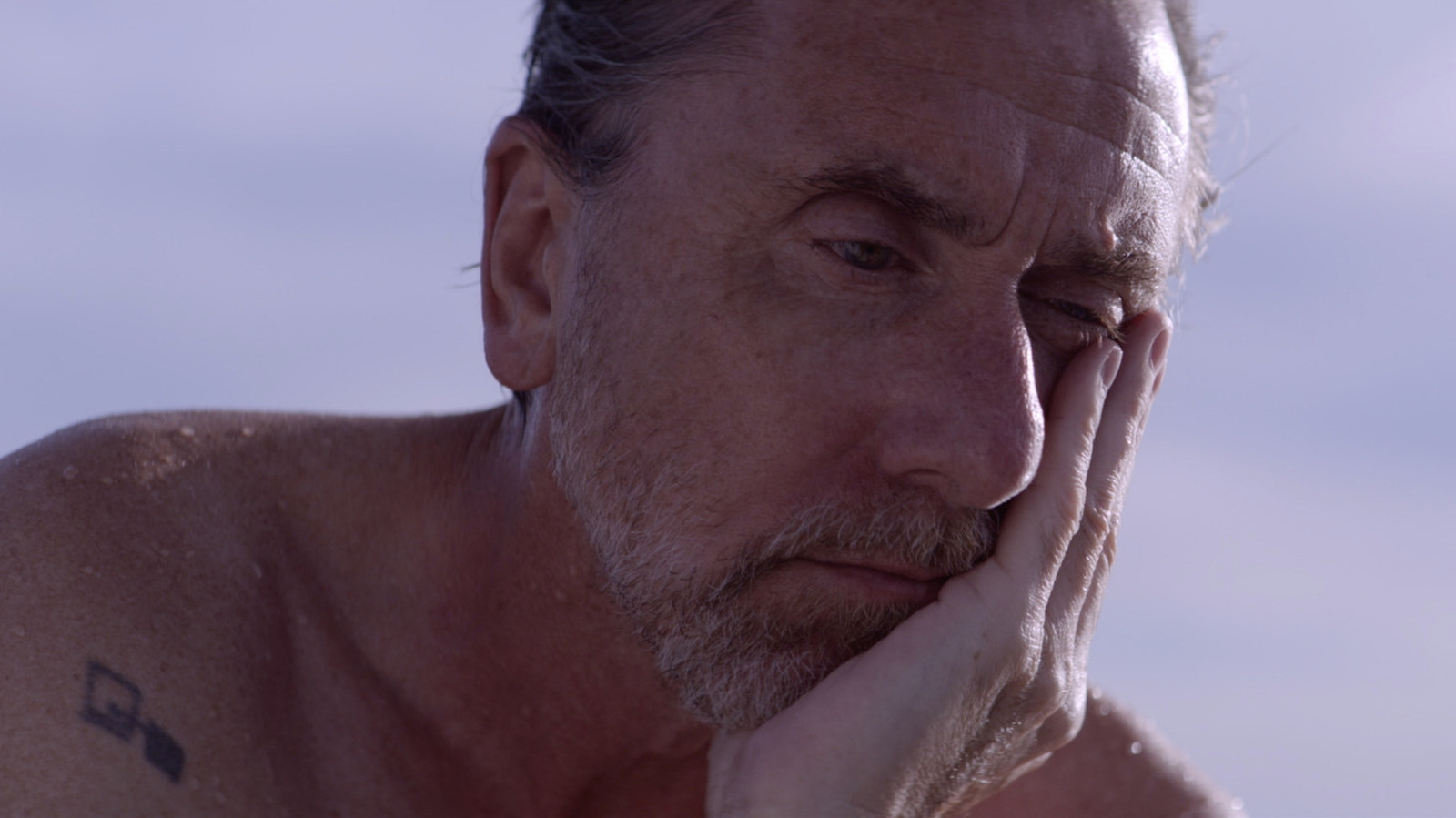 Mexico’s Michel Franco’s new film will be difficult to figure out. He tells so little at the outset and gives (he also wrote the screenplay) so little to the main character that you will be guessing throughout the film. Indeed, at the beginning even the relationship of the four characters is ambiguous. It might be that he is wanting us to test our assumptions or judgments of other people because it was not very long into the film when I regarded the man as a first class jerk.

The film begins at a posh resort in Acapulco, where a man (Tim Roth), a woman (Charlotte Gainsbourg) and two college-age “kids” (Albertine Kotting McMillan and Samuel Bottomley) are lounging about while consuming lots of drinks and sometimes sailing. The restaurant they dine at is the kind at which the waiter brings out the steaks for approval. The woman ever so often sneaks away to check on her work email.

Then the woman takes a telephone call, which upsets her. A follow-up call informs her that her mother is dead. They must return to England for funeral arrangements. At the airport the man informs them that he does not have his pass port. He insists that they board without him, assuring that he will follow soon.

Instead of going back to the resort, the man instructs the taxi driver to take him to a hotel, any hotel. This disturbing event really raises the question of what is going on. Instead of searching for a passport, the man hangs out at the beach, sleeping on it sometimes when over-indulging in drink, and enters into an intimate relationship with a shopkeeper. He ignores at first his phone calls, his indolence so great that when a jet skier lands on the beach and shoots a man in the back, our antihero scarcely notices. Eventually the women returns from England to berate him. Their lawyer comes with papers for the man to sign, and then shortly afterward a burst of violence delivers even more than a shock than has the man’s indifference to everything.

Our hungry minds are fed a few scraps of information as the film unfolds. We learn that the names of the couple are Neil and Alice, the college kids Alexa and Colin, and the shopkeeper/lover Berenice. So as not to spoil things, I won’t say more (too many of the reviews I’ve read give away too much). The filmmaker deliberately provides us little more information than you would gain by sitting in a beach chair and gazing at the

swim-suited passers-by. Tim Roth scarcely has enough words to make up a paragraph. Most of the time when someone asks him a question he just silently offers a vacant stare. This guy is a real case—but of what, you might well ask. Michel Franco is not about to tell you, ending the film well before viewers are read. As the lights came on in the theater, members of the small audience all seemed unready, like myself, quite perplexed. I am tempted to say about the filmmaker and his film what the little child said about the emperor, “he hasn’t got any clothes on,” but there probably is more to the film than can be seen in one viewing. If you take in, be sure to go with several friends so that you can share confusion and observations. I am sure as a group you will see more than one of you sees.

A taciturn man lies & stays behind when in Mexico when his family returns to Mexico for their mother's funeral so that he can be alone.
Editor Rating ★★★★★3.5 out of 5
More Details