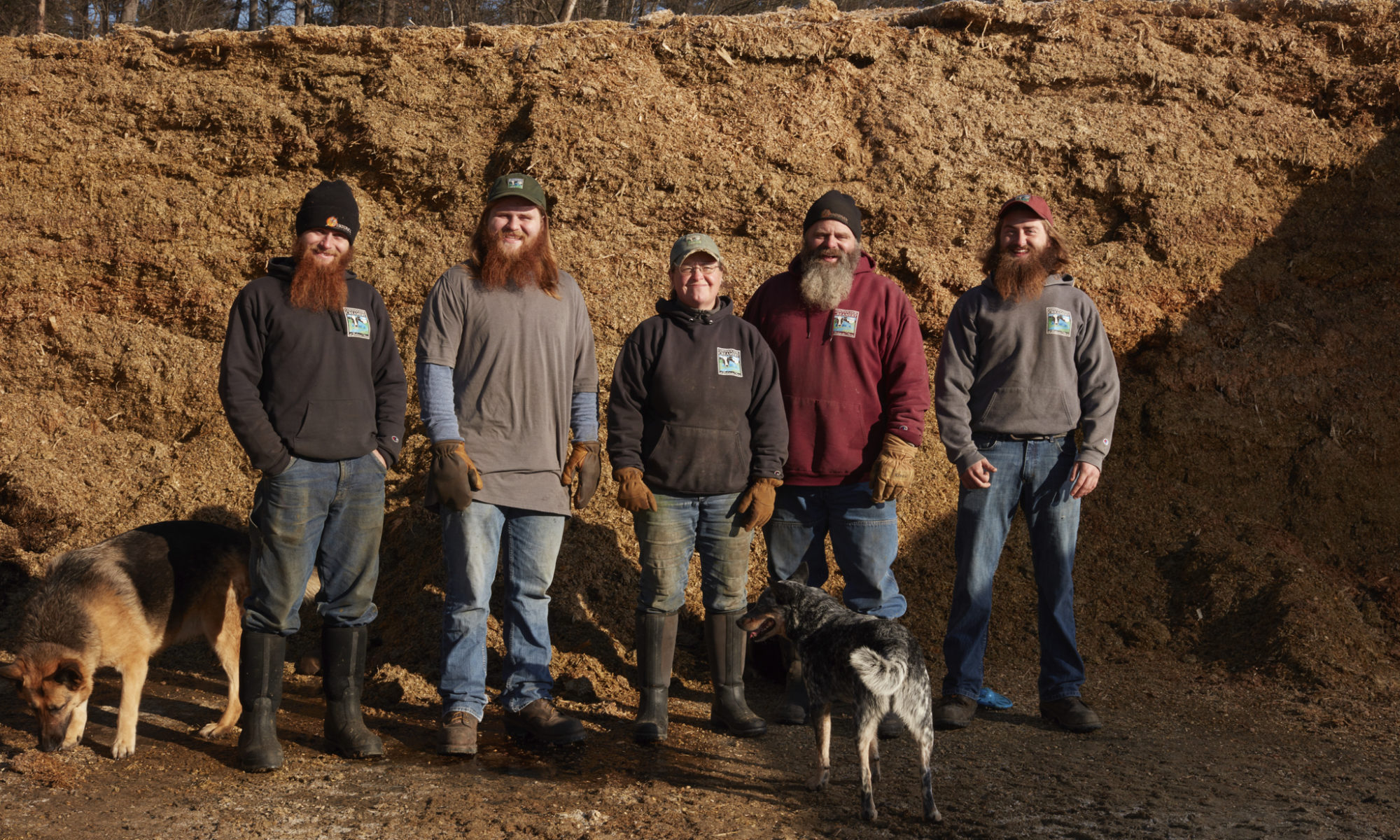 This is the first of a series of eight programs surveying the American farm.

Thou dost cause the grass to grow for the cattle,    and plants for man to cultivate, that he may bring forth food from the earth,   and wine to gladden the heart of man,oil to make his face shine,    and bread to strengthen man’s heart.

City-bred, I learned to respect farmers when I served a three-church parish in North Dakota at the beginning of my career. Everything I learned there about farm families being hard workers committed to their calling is confirmed by History Channel’s new documentary series THE AMERICAN FARM, which premieres on Thursday, April 4 at 10 P.M. ET.

I have seen just the first of the eight-part series but assume that if the others are just half as good, they will be rewarding viewing. The wide-ranging cameras introduce us to five families living in different parts of the country—Virginia, Tennessee, Alaska (yes, they have farms up there—it’s not all mountains and forests), New Hampshire, and Utah. Different locales and different types of farms, but all populated by strong people who see farming as a calling or way of life—and risky. The stories unfold over a one-year period, from seed-time to harvest as the farmers struggle against an often uncooperative Mother Nature, expensive loans to purchase seed and equipment, dangerous machinery, and uncertain experiments. A case of the latter is a farmer’s decision to purchase 14,000 turkey chicks to supplement the farm’s income. The entire family is on hand when a semi arrives, and the chicks have to be carefully unloaded quickly lest they suffer injury—quite a scene!

In Contoocook, New Hampshire three Robertson brothers hope to keep their mid-size family dairy farm alive by buying expensive equipment so they can cut costs by processing their own milk rather than sending it out.

In Baskerville, Virginia middle-aged John Boyd is uncertain of the future of his farm because his son is not yet fully committed to the hard work of farming, nor is his younger step-son. Boyd’s ancestors include a slave, a share cropper, and his father who purchased the present farm. Along with raising soy beans and cattle. Boyd also serves as President of the National Black Farmers Association.

In interviews all the farmers speak of the risk of farming*, a couple using the term “gamble.” With so many variables, especially Nature and markets—the new turkey raiser, for instance, cannot get a commitment from his usual contractor to purchase all his turkeys when they are grown—we see that a farmer must have a strong mental as well as physical constitution.

As stated, the series will follow the up and down fortunes of these five families through a year. Thom Beers, Jeff Conroy, Sarah Bernard and Jeff Brick are executive producers whose past series (some Emmy Award winners) include Deadliest Catch, Bering Sea Gold, Ice Road Truckers, Ax Men, Storage Wars, and 1,000 Ways to Die. Living at the end (consuming) of the food chain, most of us give little thought to where our food comes from or what effort is required to produce it. Therefor this series can provide a real service, moving us beyond our concern just for the price of what we eat. The series will show that the hopes and dreams, the careful planning and the toil of men, women, and their children should be figured into the real price of our food.

The date for this episode is April, 10 P.M. ET, but be sure to check your local listing for confirmation.

*My wife and I saw this risk one afternoon while visiting a family in North Dakota. A sudden hail storm hit, the balls an inch or more in diameter. The storm lasted just a few minutes, but when we walked across the road to look at his field of wheat, everything was flattened. His whole crop was ruined, and it was too late to plant another. Our hosts shook their heads and stoically explained that this was something that happened to every farmer. That they would have to get by until next year, that it was necessary to be able to go for a year or two without a crop if a farmer expected to continue as a farmer.

The American Farm is an 8-part History Channel documentary showing the problems & the joys of 5 American farm families over a year's time.
More Details