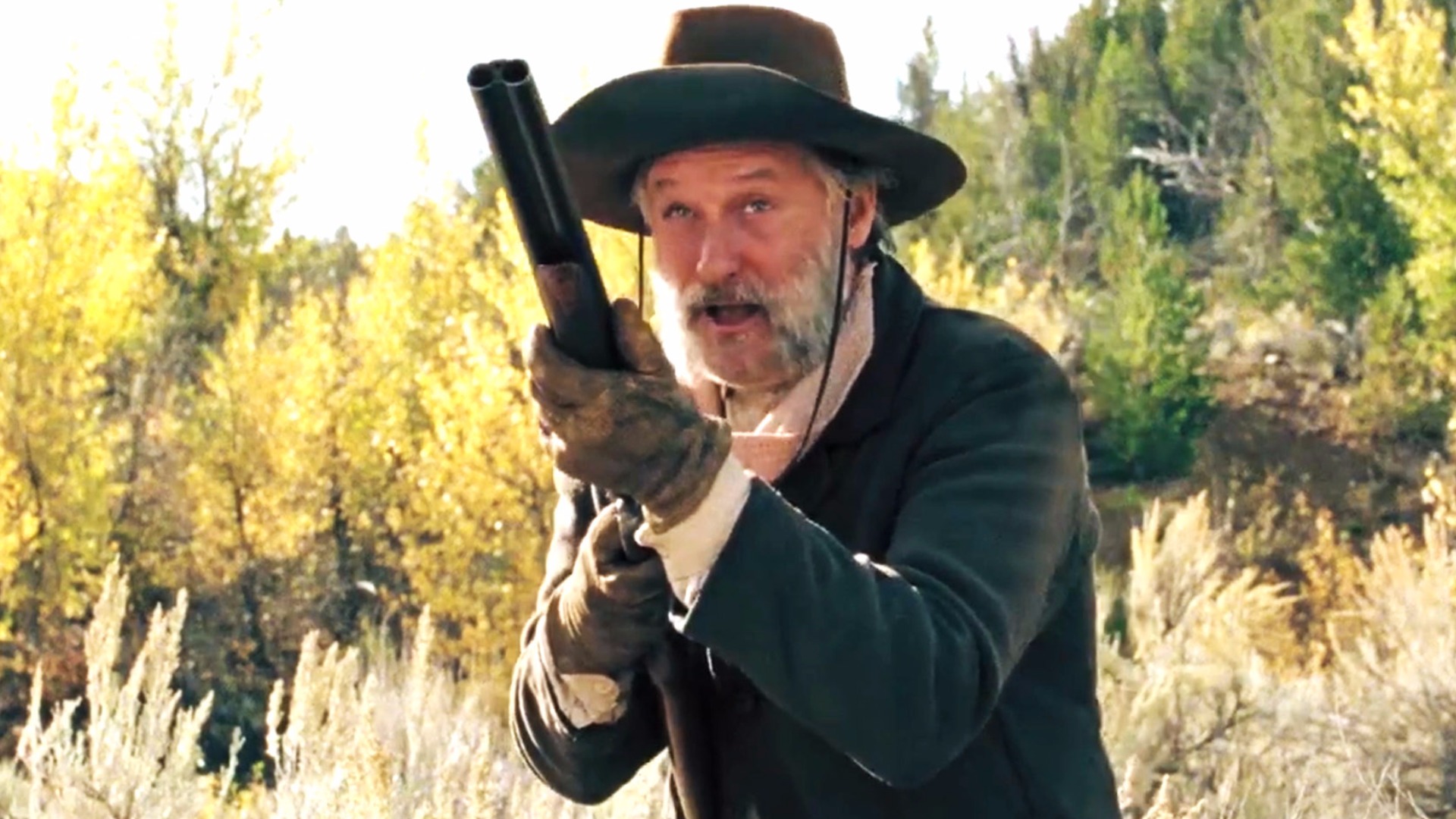 Even now they lie in wait for my life;
the mighty stir up strife against me.
For no transgression or sin of mine, O Lord,

for no fault of mine, they run and make ready.

If you are old enough to remember what was called the B-movie Westerns, Bill Pullman in the film that Jared Moshe both wrote and directed will surely remind you of Gabby Hayes. The bearded Hayes played the sidekick of a host of cowboys, including John Wayne, Roy Rogers Gene Autry and Wild Bill Elliott. He was always loyal, as well as inept so as to induce laughter. Turning this old plot device on its head, Moshe lifts up the second string Lefty Brown to become the main character in this tale of the Old West.

Lefty Brown (Bill Pullman) is the 63 year old sidekick of the legendary Eddie Johnson (Peter Fonda) for his entire adult life. I write “legendary” because Eddie’s exploits as a young lawman have been written up in a series of popular “dime novels” that glorified many of the gunslingers and outlaws of the time. The limping real life sidekick is not included in those fanciful accounts. Now an older Eddie is preparing to leave for Washington, having been appointed the new state of Montana’s first US Senator by his old time partner and friend, Governor James Bierce (Jim Caviezel). To Lefty’s disappointment, Johnson will not be taking him to the capital, but he does intend to place Lefty in charge of the ranch. James’ wife Laura (Kathy Baker) is against this, having a low opinion of Lefty’s capabilities.

When rustlers make off with three of Johnson’s horses, he and Lefty set off to track them. Johnson is not quite ready to exchange his guns for a US Senator’s desk. The two do not get far before the thief known as Oak (Joe Anderson) bushwhacks Johnson. Returning with his partner’s body, Laura scornfully rebukes Rusty when he tells her how sorry he is. “You were supposed to watch his back,” Laura says accusingly, “Sorry don’t get it done.”

Lefty saddles up to track the killers and encounters the young Jeremiah Perkins (Diego Josef) who fantasizes, based upon his reading of the dime novels about Eddie Johnson’s exploits, that he too can be a gunslinger. So far all he has accomplished is to kill his own horse, whereupon Lefty takes him under his wing. (Love this touch of irony, in which the sidekick perceived as inept partners with a sidekick who really I inept!)

Eddie and Lefty once were paired with two other men, one of them now governor already mentioned, and the other a US Marshall named Tom Harrah (Tommy Flanagan). They loom large in Lefty’s story, especially after Lefty and Jeremiah’s encounters with the killers leave the kid badly wounded and Lefty, after leaving too-hurt to-travel sidekick with water, hightails it back to the ranch and is accused of being the murderer of his friend.

It turns out that Eddie Johnson was victim of an assassination in an elaborate plot to remove him from the Senate because—well, watch the film to see for yourself. The film is filled with lots of borrowings from old Westerns, including lawman Tom Harrah whose addiction to the bottle leads him to give up his badge to Lefty. We wonder whether at the moment of crisis when everything seems stacked against Lefty if this drunk sitting in a saloon will rise to the occasion—as well, of course, as the supposedly inept Lefty.

Bill Pullman, with his grey-streaked beard covering up his good looks, certainly rises to the occasion. He is the underdog we all cheer for as he battles what seem like insurmountable odds. My only disappoint met with the film is the vigilante justice conclusion. Supposedly, now that Montana is a state, the old quick style of justice by-passing a court trial is a thing of the past. I wish that director Moshe had taken The Ox Bow Incident­ into consideration when he wrote the script. Nevertheless, Bill Pullman’s portrayal of a sidekick is well worth your viewing time.

Western sidekick tradition is reversed when Lefty Brown's boss is killed & Lefty, accused of murder, sets out to bring the culprit to justice.
Editor Rating ★★★★★4.5 out of 5
More Details