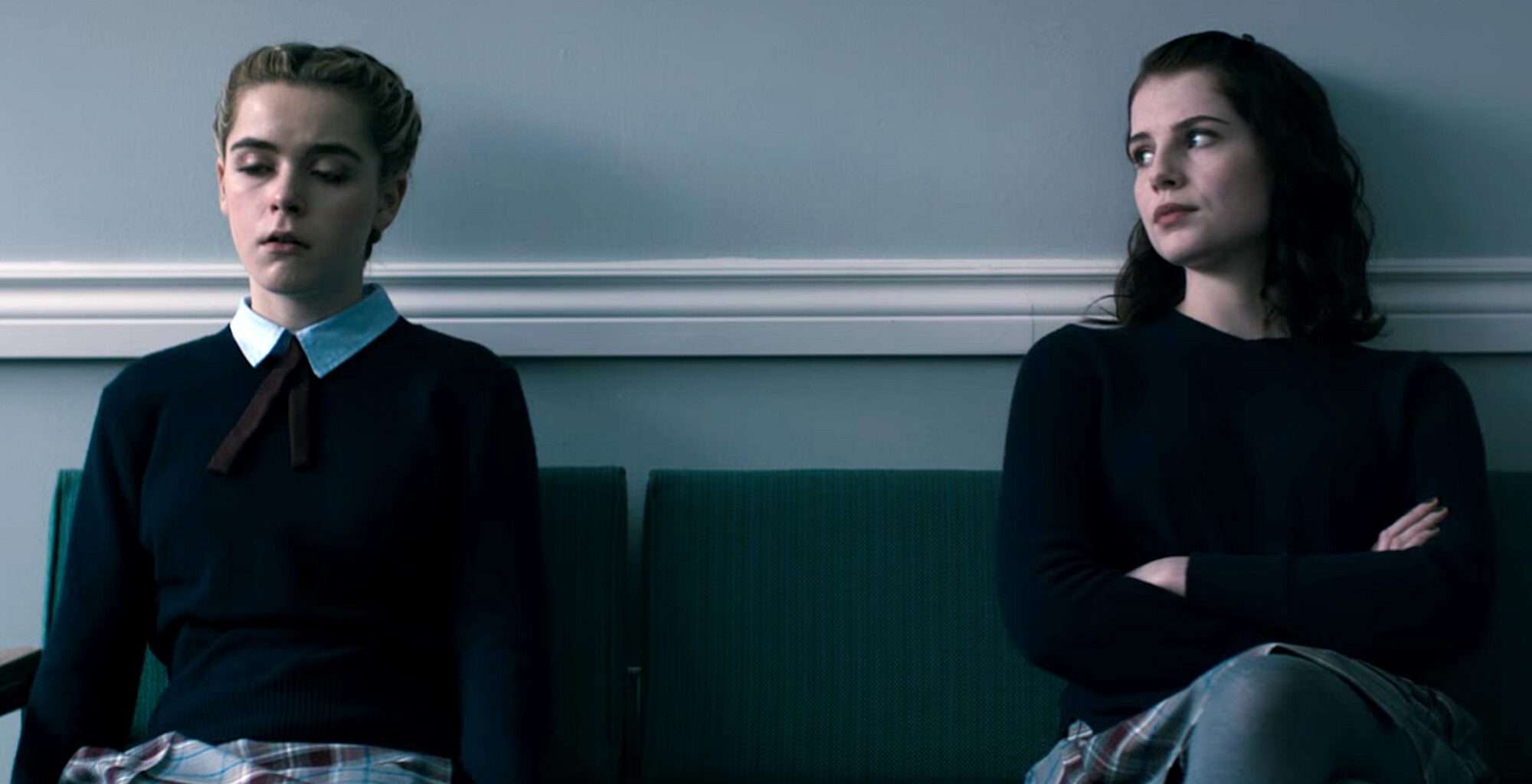 “When the unclean spirit has gone out of a person, it wanders through waterless regions looking for a resting place, but it finds none. Then it says, ‘I will return to my house from which I came.’ When it comes, it finds it empty, swept, and put in order.  Then it goes and brings along seven other spirits more evil than itself, and they enter and live there; and the last state of that person is worse than the first. So will it be also with this evil generation.

Writer/director Osgood Perkins (son of Psycho’s Anthony Perkins) makes a worthy addition to the horror sub-genre of the exorcism film in this chilling tale of the supernatural. And at this point I urge you to stop reading so that you might have the same experience I had of watching the film with almost no knowledge of what it is about. This resulted in my being confused as to what I saw, but the confusion was positive, leading me to think more about the three story lines and to seek the opinion of others—sometimes it does require more than one person to figure out what a film is about. What follows has to include a few spoilers for the sake of discussion, hence this suggestion that you see the film before reading further.

Fair warning–the work is chilling, and several of the scenes are bloody, though less so than those YouTube-consigned films made only for shock effects. Perkins goes light on special effects when compared to the granddaddy of the genre, The Exorcist—we just catch a glimpse the silhouette of the devil in a few shots. The filmmaker obviously agrees with the old masters of the genre that “less is more.”

Central to the three story lines is an exclusive girls’ Catholic school in upper New York, The Bramford School. At the beginning of a week-long break, two girls– Katherine (Kiernan Shipka) and Rose (Lucy Boynton)—are still awaiting their parents’ arrival after the other girls and most of the staff have left. Headmaster Mr. Gordon (Peter James Haworth) reluctantly leaves them in charge of two nuns who live at the school.

Unknown to everyone, Rose has been impregnated by her boy friend and she has told her parents not to pickup her up so she can buy time to figure out what to do. (She has already taken the first step by breaking up with the boyfriend.) Kat, as Katherine is called, seems to be only partially present. She seemingly is in tune with the supernatural, this shone by her belief that her parents are dead. Kat also believes Rose’s gossip that the two nuns worship Satan. Plus she receives calls on the hall telephone in which an unknown person commands her to kill people.

In other sequences we follow two parents Bill and Linda (James Remar and Lauren Holly), en route to pick up their daughter at the college. Bill sees at a bus station a bedraggled girl with just a light jacket to ward off the cold. She gives her name as Joan (Emma Roberts), and he offers her a ride, somewhat to the consternation of his wife . (We have already seen the girl in the bathroom taking off a plastic medical ID bracelet.) When the three stop at a restaurant, Bill tells Joan that she looks like his daughter who died almost ten years earlier. He shows her a picture—it is Rose.

The other sequence includes an exorcism performed by Father Brian (Greg Ellwand), presumably chaplain at the mental institution where Joan had been consigned—and apparently from which she had escaped. Crucial to understanding the film and the grisly act of one of the girls is that a couple of the sequences took place almost ten years earlier than the others.

The film was originally named after the month it occurs in February, but when the distributor insisted on a name change, Perkins came across the rhyming couplet, “Beetle beetle, blackcoat’s daughter, what was in the holy water?” A blackcoat was a priest. There’s a priest in the film, and also two daughters, so he derived the enigmatic title from the couplet.

Perkin’s is one of several films that connect with the New Testament attribution of mental illness being caused by demons. It is one that many Christians, especially Catholics who have retained the Rite of Exorcism, still retain, and thus has continued to serve as a treasure trove for filmmakers seeking a scary story to tell. Probably my favorite of the genre is The Exorcism of Emily Rose, because of its unambiguous theme of costly love and self sacrifice. In Perkins’ film the theme is very ambiguous, the filmmaker leaving it to the viewer to determine. Why is the surviving girl crying at the end?

Watch on Showtime & Prime. This review will be in the June issue of VP along with a set of questions for reflection and/or discussion. If you have found reviews on this site helpful, please consider purchasing a subscription or individual issue in The Store.

A supernatural tale of exorcism & murder centering upon an upper NY Catholic girls' school.
Editor Rating ★★★★★4 out of 5
More Details