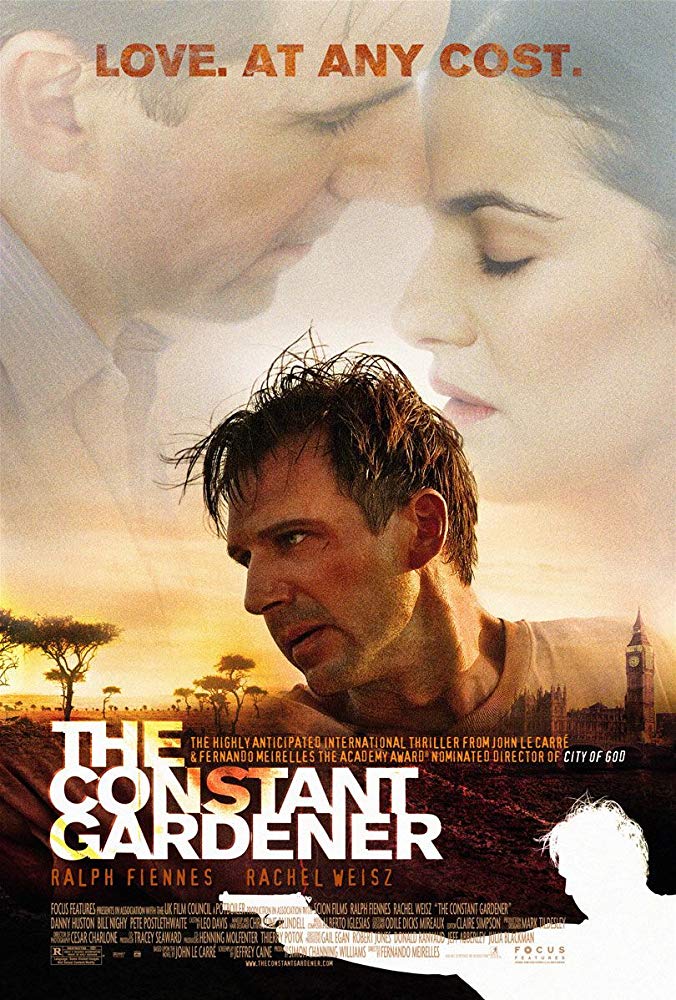 
God presides in the heavenly council; in the assembly of the gods he gives his decision: ”You must stop judging unjustly; you must no longer be partial to the wicked! Defend the rights of the poor and the orphans; be fair to the needy and the helpless. Rescue them from the power of evil people. 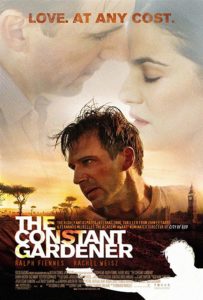 Ralph Fiennes is perfect for the role of Justin Quayle, a mild-mannered British diplomat who is so different from his young wife Tessa (Rachel Weisz shines in her best role yet!) that we wonder how they ever came to marry each other. She is the kind of person almost guaranteed to disrupt an ever-so-polite embassy reception by asking a straightforward but embarrassing question, and she would respond in equally embarrassing candor. Justin would much rather tend his beloved garden than join his wife’s investigation of a possible scandal involving a multi-national drug company and members of the Kenyan government.Brazilian director Fernando Meirelles is the right man to bring John Le Carre’s novel to the screen. Just as he captured the pathos in the sordid lives of a group of homeless boys caught up in the violence of the streets of Rio de Janeiro’s slum called “The City of God,” so in this, his second film, his cameras show a myriad of details of the life of the poor and the rich of Nairobi. His hand-held camera, seldom at rest and so nerve-wracking at first, places us, with its close-up and medium shots, almost in the faces of the characters.

Justin holds his feelings in tight control when he receives word of his wife’s death in a car accident in a remote region of the country. (This happens 10 minutes into the film, so no spoiler here.) The circumstances are suspicious in that she had gone in company with a young African doctor, Arnold Bluhm (Hubert Kounde). The two had been together on numerous occasions, so there are rumors of an affair. Bluhm is missing, and thus becomes suspect of foul play.

The scene in which Justin looks at her body stands in sharp contrast to flashbacks of their sexual encounter back in London after they had first met at a U.N. conference, a juxtaposition that helps us enter into the pain of his loss. His colleagues at the British High Commission expect Justin to sit back and let the authorities handle affairs, but they do not realize how deeply he had loved his wife, even though that love might have been betrayed. Risking his life to get at the truth, he finds his love growing all the more as his search for answers take him to London, and then to Germany, and then, to everyone’s surprise, back to Africa.

Justin discovers that Tessa and Arnold were uncovering a plot involving the reckless testing of a new drug called Dypraxa upon the poor of Kenya. With the possibility of profits running into the billions of dollars, the drug company apparently has been working in collusion with high officials in the Kenyan government, and the British High Commission, seeing its mission as to assist wealthy Brits and Europeans to get what they want, has looked the other way. By testing the drug on powerless, anonymous Kenyans, the drug company has saved millions and months or even years of slow, expensive testing on patients back in Europe. Tessa had seen the ravages that the drug’s side effects had been having on several victims. She is dead, but her passion and rage over the callous injustice now live on in Justin.

Those who have read the book say that, though the style of filmmaker Fernando Meirelles is very different from the novelist’s, the film embodies Le Carre’s outrage arising from the way that Westerners misuse the poor in Third World countries. This is the kind of thriller that an Amos or Isaiah might have made were the technology of film available in the 8th century B.C.E. Thus we have a mystery thriller combined with the theme of social justice. It is good that Focus Features has waited until late in the summer to release it, lest it become lost amongst all the pedestrian thrillers whose boom-boom special effects appeal solely to the emotions of the young. The Constant Gardener, serving the intellect and the heart as well, is one of those films that will stay with you for a long time.

1) Were you bothered by the style of filming? At what point did it cease to be annoying (or distracting) and you felt drawn into the events of the film?

2) If you have seen another film set in the Third World, Beyond Borders, compare the two. How do we see the poor being taken advantaged of in each?

3) A big drug company is singled out in this film: what other industries seek to profit from the poor in Third World countries? What about the cigarette industry—as their sales decline in the USA and Canada, what are they doing? What about United Fruit? The garment and footwear (Nike) industries?

4) For the overseas poor and medical issues (mostly AIDS at the present), check out the websites of Physicians for Human Rights at http://www.phrusa.org/, or Amnesty International at http://www.amnestyusa.org.

5) Tape one or more of those incessant drug commercials that sponsor the network newscasts. Listen closely to the list, near the end, of all the side effects to be wary of: do you think this warning is placed there because the drug company is as solicitous of your health as it is of your money? (Or does the FDA have something to do with this sobering addition to drug commercials?) What kind of visuals accompany the sometimes dire side-effects—faces of concerned people, or smiling happy faces, indicating that the drug has worked miracles in the once blighted lives of its users?

6) If you have not seen Fernando Meirelles’s City of God (reviewed in the April 2003 VP), do not deprive yourself any longer. But be forewarned, it is such a wrenching film that you should not watch it alone, but in company with friends who are concerned for social justice.