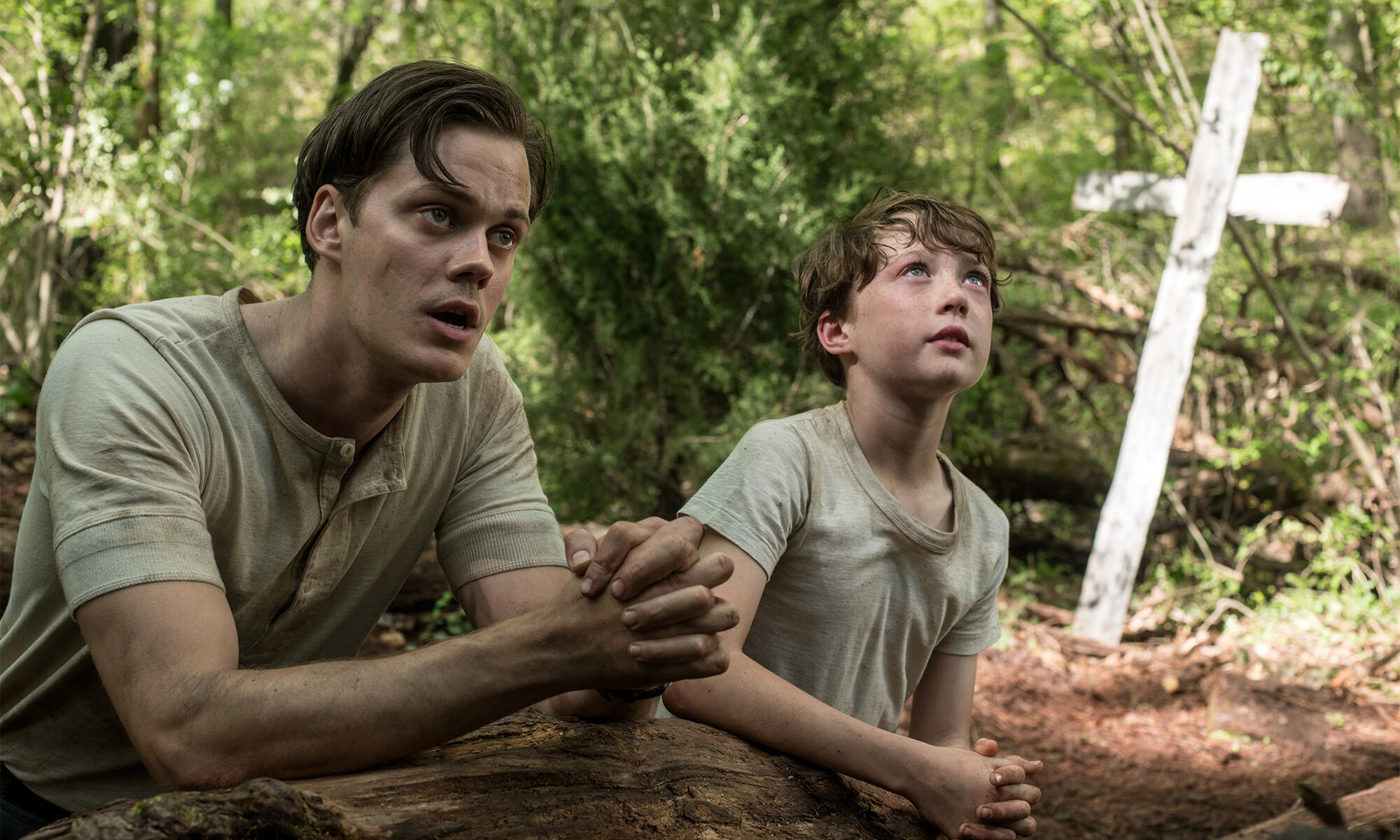 They sit in ambush in the villages; in hiding places they murder the innocent. Their eyes stealthily watch for the helpless;

There is a lot of religion in director Antonio Campos’s decades-spanning film, which he has adapted from Donald Ray Pollack’s 2011 novel, but far different from what you might find in your local church, synagogue, mosque, or temple. Mainly set in Appalachian Ohio and West Virginia, the film actually begins in the Solomon Islands during World War II when Marine Willard Russell finds a GI skinned and crucified. There being no way to help the agonized victim, Willard shoots the poor man. There are also two preachers, a husband making a strange bargain of blood with God for the life of his cancer-ridden wife, a pair of serial killers who get off by luring male hitch hikers to have sex with the wife while her husband photographs them, and then shooting their victim. There also is a corrupt sheriff, brother to the female killer who inadvertently confronts the killer of his sister.

I will not try to go much into the labyrinthine plot, but just make a few comments on some of the incidents.

Evangelical preacher Roy Laferty is such a fanatic that to prove his faith he places a bucket of spiders over his head. Eventually one of those spiders does bite him, and his reaction affects his mind. Believing that he has great power, he kills his wife Helen so that he can bring her back from the dead. He reaps a just reward, but not at the hands of the law.

Willard, the Marine who lost his religion as a result of finding the crucified soldier, returns after the war, marries Helen, and the two have a son they name Arvin. He regains his faith, and when Helen is struck by cancer he sacrifices to God their family pet with Arvin forced to watch by the wooden cross in their woods. God, of course, is not susceptible to blood sacrifices, and Helen dies anyway.

The second preacher is Reverend Preston Teagarden who turns out to be one of those “holy” predators, and upon whom the grown up Arvin will wreak vengeance

This Southern Gothic tale is as bloody as some of the old time hymns, such as “There is a Fountain Filled With Blood.” The theology of everyone is Old Testament based. Just as God needs to be appeased with blood, so does human transgression. It is a world in which neither Jesus nor Saint Francis would feel welcome. I recommend it only if you are curious about “that old time religion,” which is very much NOT “good enough for me.