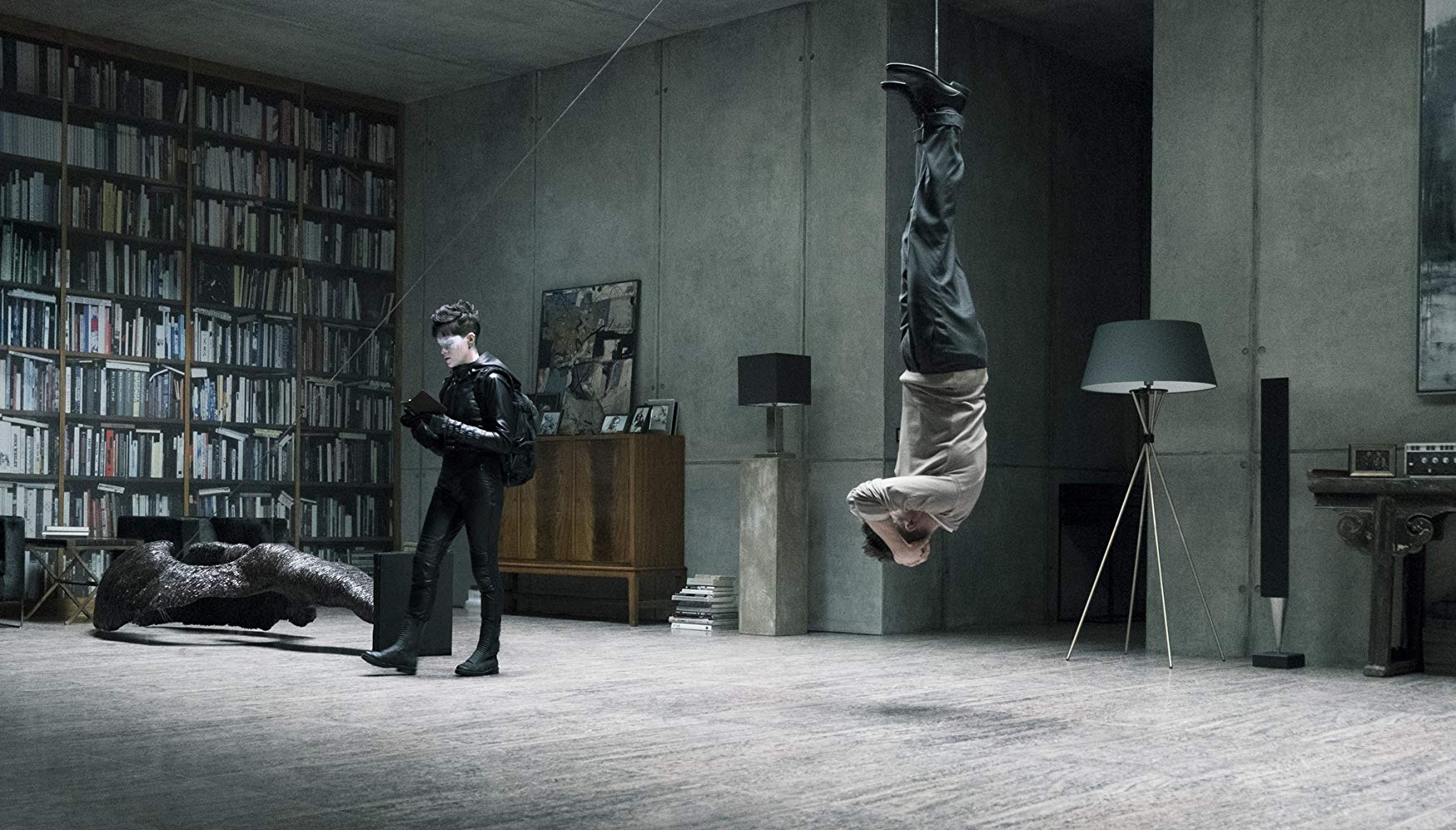 Woe to the guilty! How unfortunate they are,
for what their hands have done shall be done to them.

As we see in the opening sequence in which Lisbeth Salander (Rooney Mara now replaced by Claire Foy) hangs an abusive husband upside down in his own apartment while telling him of his coming punishment, this female vigilante will make sure that the prophet’s judgment is carried out. Her hitherto unknown sister Camilla (Sylvia Hoeks) sums her up well, “Are you not Lisbeth Salander, the righter of wrongs? The Girl with the Dragon Tattoo? The girl who hurts men who hurt women? All those lucky ladies.”

Thus, in this, the fourth of the Girl with the Dragon Tattoo series, more of the background of this master hacker is provided. Early on we see that she and Camilla were raised by a pedophile father. Lisbeth while still a young girl managed to escape, but apparently did not return later to rescue her sister—the rest of Camilla’s above quotation includes, “Do you remember that morning? (when Lisbeth escaped) For sixteen years I’ve been watching you. Why did you help everyone but me, sister?”

Director Fede Alvarez based his film on the fourth book in the series, which after original author Stieg Larsson had died, was written by David Lagercrantz. Again joining forces with journalist Mikael Blomkvist (Daniel Craig replaced by Sverrir Gudnason), Lisbeth’s field of concern moves beyond the feminine righting of husband’s wrongs to involve saving the world. Ex-NSA employee Frans Balder (Stephen Merchant) has created a computer program which could hack any nuclear weapon of any nation, and now it has fallen into the wrong hands. As soon as she accepts his offer to work with him the adventure begins with a bang, the firebombing of her apartment. Lisbeth comes up against the countless goons of a secret society called the Spiders led by Camilla whose blood-red garments make her a stand-out. American NSA operative (Lakeith Stanfield) also mixes in the fray. There are the usual chases, hand-to-hand fights with our high-kicking heroine besting the goons and roaring around on her sleek motorcycle. And of course, enough exchanges of gunfire to keep the ammunition industry profitable, resulting in little damage to the good guys except for chipped masonry and pock-marked walls. Ultimately there is a mysterious villain whose identity is ultimately revealed.

The producers seem to put more effort into the intricate fight scenes and stunts than ever, which detracts from the theme of estranged sisters and abusive father. And Mikael Blomkvist, who was a major figure in the earlier Millennium films, is given little to do this time, Lisbeth’s lesbianism preventing any heightened romantic development between them. The best that can be said is that this is one more action thriller distinguished by the fact that it features a cold female vigilante who can shoot, kick, hit, and drive at breakneck speed as well as any of the guys.

Tatooed Lisbeth Salander moves onto the international stage when she goes to the aid of an ex-NSA man whose program can hack into every nuclear weapon device before a secret group called The Spiders can get it.
Editor Rating ★★★★★3 out of 5
More Details