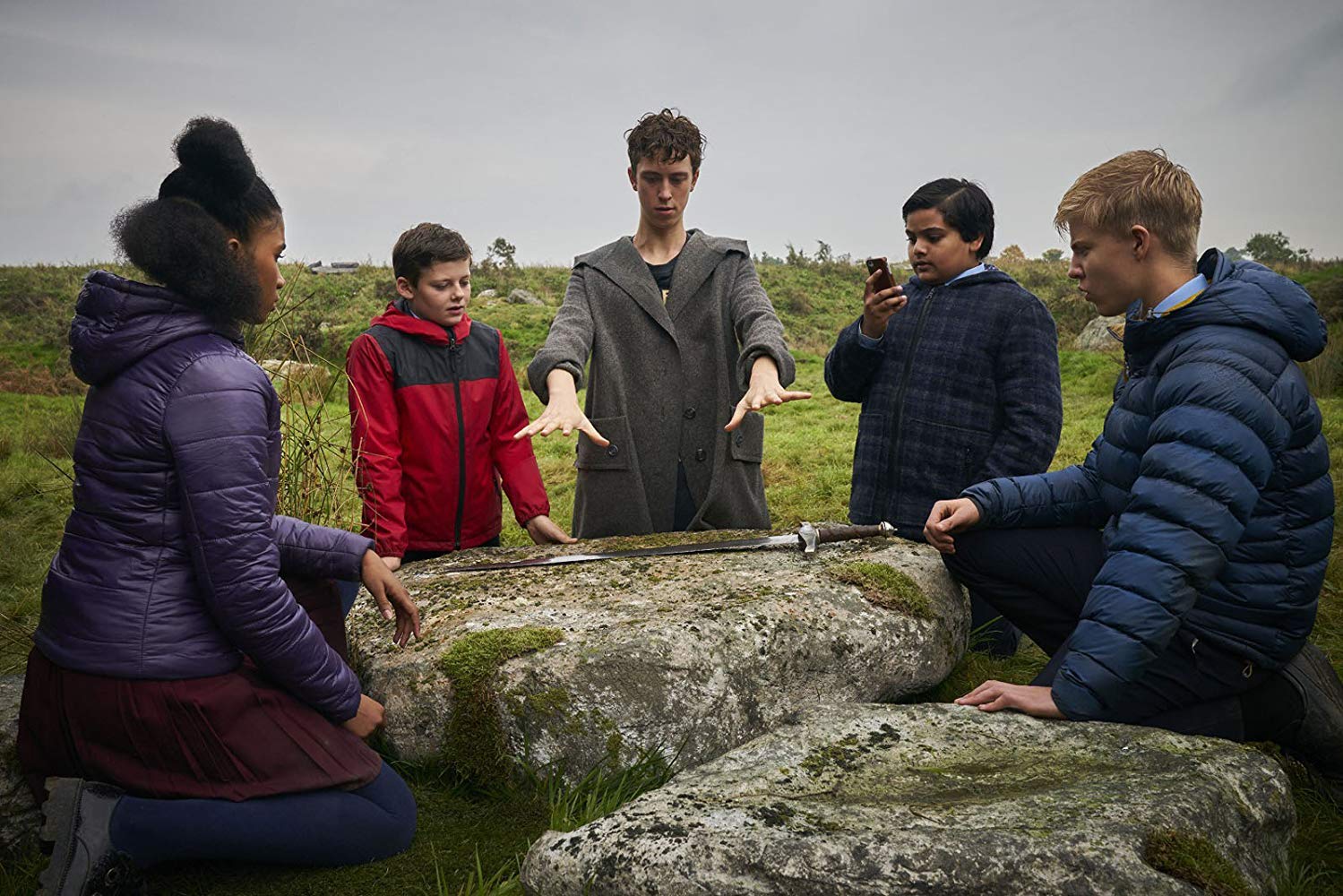 The Arthurian legend is transferred to modern England in this tale of a group of children called on to thwart the plans of the evil enchantress Morgana to rise and take over a divided world. It is the kind of tale that appeals to every kid who has ever turned a towel or drape into a cape and wielded a wooden sword in play combat. I would have loved this had it come out several decades ago.

Twelve-year-old Alex (Louis Ashbourne Serkis) has his hands full trying to protect his friend Bedders (Dean Chaumoo) from older bullies Kaye (Rhianna Doris) and Lance (Tom Taylor). Then comes the day when amidst the ruins of an old building Alex comes upon a sword sticking out of a concrete beam and he is able to pull it out. Later on the bullies cannot. He and we realize that he is the modern version of King Arthur. A 21st version of Merlin pops up as Merlin, as a geeky 16-year-old played by Angus Imrie, and in his older, more familiar form by Patrick Stewart. All of these will need to band together because of a dark threat to the land gathering strength.

Deep under the earth King Arthur’s half-sister Morgana (Rebecca Ferguson) is slowly regaining her strength. She is surrounded by skeleton-like soldiers with eyes like burning coals, eager to carry out the slaughter of the people above. Confident of victory, she hisses, “They are divided. Fearful. Leaderless.”

Meanwhile, above Alex faces the taunts of the bullies and the doubts of his schoolmates. Will he be able to overcome all of them and forge a new Knights of the Round Table able to stand against the supernatural danger?

A modern Arthurian legend: a bullied kid pulls a sword out of a concrete slab & draws a band of mates to stop Morgana from taking over the world.
Editor Rating ★★★★★4 out of 5
More Details