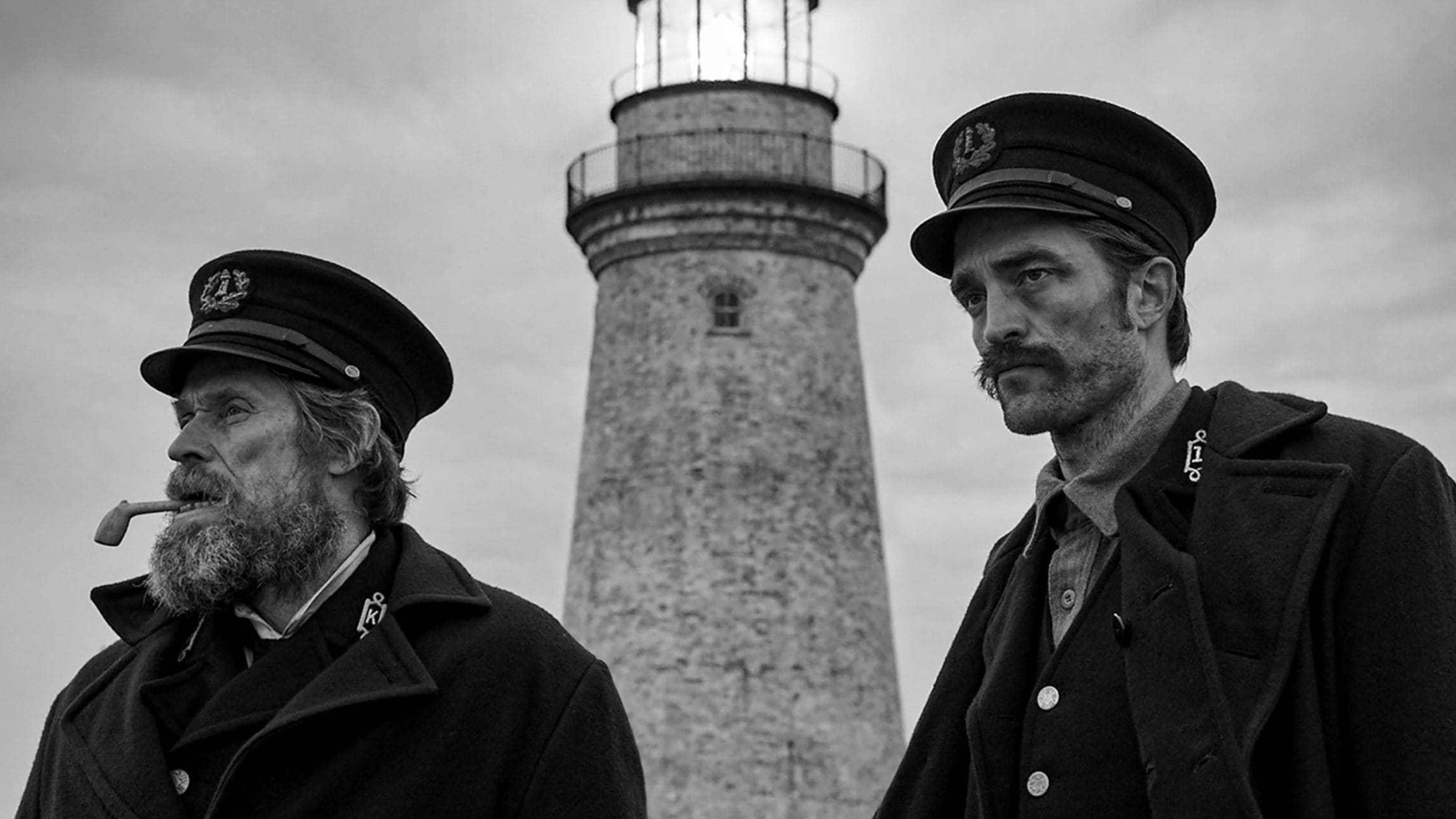 Having reviewed Robert Eggers’ The Witch three years ago, I expected some tense viewing—after all, it is labeled a horror movie. And so it is. And how it is! It seems ironic that so much darkness pervades this film centered on an installation designed to send forth light that saves lives. Eggers, who also wrote the script, demonstrates that a horror film does not have to involve the supernatural or extraterrestrial to strike fear into an audience. Humans might have been made by God “a little lower than the angels,” but are capable of descending to the lower regions of the demons.

When the two lighthouse keepers arrive to relieve the current crew, the pair are so taciturnthat they scarcely acknowledge each other. Eventually we learn that the grizzled older one is Tom Wake (Willem Dafoe) and his new apprentice is Winslow (Robert Pattinson). Their work consists of cleaning the crud out of the cistern; hauling by whelbarrow the coal; stoking the roaring furnace; and attending to the lantern itself. The dictatorial Tom makes it clear that he is in charge, and so the apprentice is assigned all of the drudge work, including emptying their chamber pots, and only Wake takes care of the lamp. Winslow complains, but Wake threatens to dock his wages if he does not do exactly as ordered.

The freeze between them is thawed during drinking bouts, the two even singing and dancing at times in drunken revelry. But their mutual hostility remains, growing ever stronger, with both descending at times into insanity. Winslow halucinates (and masturbates), turning a small porcelain mermaid he finds into an imaginary live one at times, and during a drunken stupor revealing a dark secret of his past that Wake will use against him during one of their violent encounters. There is also a seagull that attacks Winslow; an oncoming storm that will delay the ferry boat scheduled to return them to the mainland; and a final fight between the two deranged men.

This is not a film for the faint-hearted. A peak into the darkened recesses of the human heart, it would shock even the author of Proverbs. Indeed, it makes a film noir seem like a Mary Poppins story. Actor Willem Dafoe proves what a consumate actor he is, turning in one of the most impressive performances of his distinguished career—and the younger Robert Pattinson rises to his co-stars level. This is not a film that you can say you enjoyed, but it is one that you may say you are glad, no, satisfied, that you saw.

Two men during their several months servicing a remote lighthouse not only get on each other's nerves, but go mad as they reveal their dark pasts.
Editor Rating ★★★★★4 out of 5
More Details