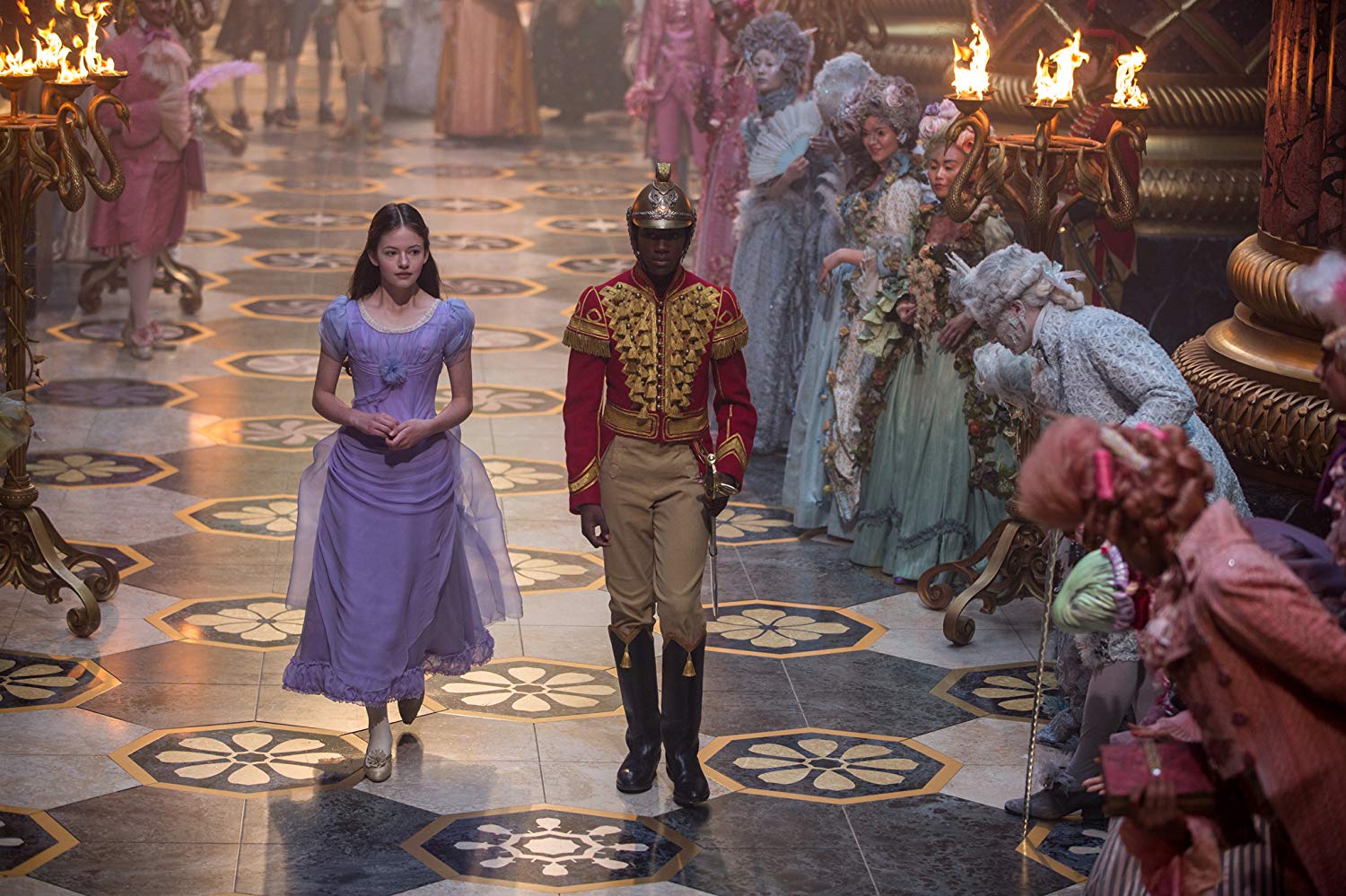 For those seeking family fare Disney’s fantasy film is a visual treat, but story-wise rather bland. Those families who enjoy taking their children to their community’s annual presentation of Tchaikovsky’s Nutcracker ballet will find this a mildly entertaining variation of the classic. The film has been promoted as “not the Nutcracker you know,” which can be a problem due to the plot being so complicated that I was not always sure what was going on.

Scientific-minded Clara (Mackenzie Foy) seeks a key that will unlock a beautiful mechanical egg left to her by her recently deceased mother. There is an accompanying note that says, “Everything you need is inside.” But there is no key. At her godfather Drosselmeyer’s (Morgan Freeman) annual Christmas party she goes down a passageway and soon finds herself in a strange and mysterious parallel world. She encounters a soldier named Phillip (Jayden Fowora-Knight) who becomes her companion as she ventures forth into three Realms: Land of Snowflakes, Land of Flowers and Land of Sweets. There are, of course, lots of mice as per the original story, a Sugarplum Fairy (Keira Knightley), and a forth Realm presided over by tyrant Mother Ginger (Helen Mirren).

Not even Helen Mirren can breathe life into this stilted tale, but as I wrote earlier, this is a visually, and must add, musically, beautiful film. The best part are those sequences in which ballerina Misty Copeland gracefully dances across the screen. I agree with the critic who wrote that it would have been a far better film had it just consisted of her dancing the ballet story.

The film is best seen on a large theater screen to appreciate the exquisite rococo costumes and colorful sets, but worth only a matinée price. Adults will appreciate the film’s lesson of female empowerment, as well as brief nods to Fantasia and The Wizard of Oz.

Clara seeks the missing key to the egg left by her mother by journeying to the 4 Realms where she has many adventures.
Editor Rating ★★★★★3 out of 5
More Details