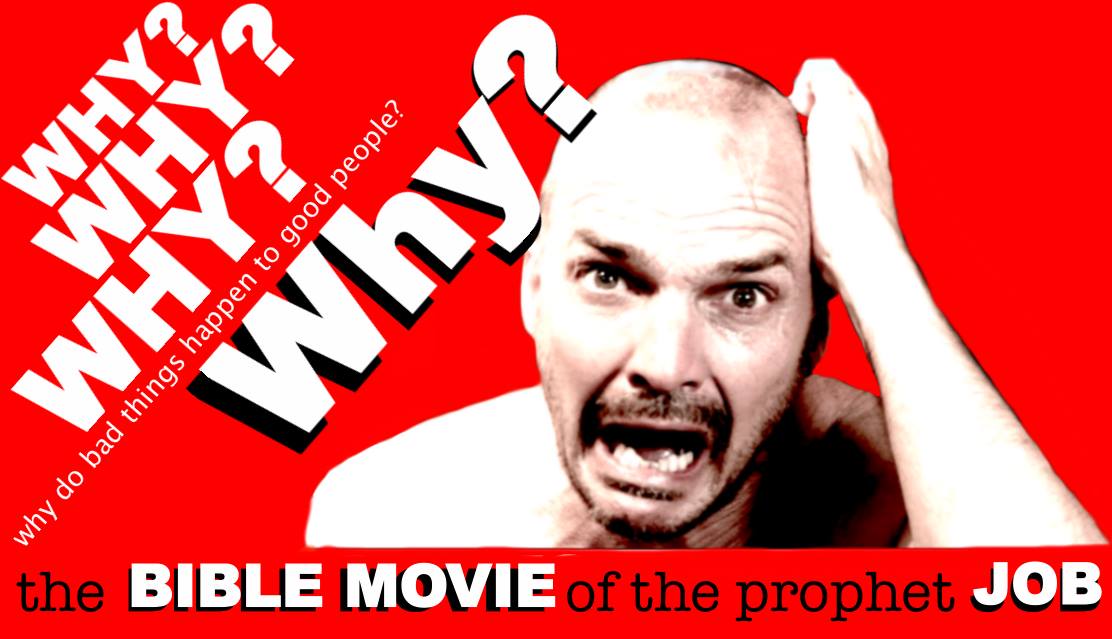 All photos are screen shots.

Why is light given to one in misery,
and life to the bitter in soul,

who long for death, but it does not come,
and dig for it more than for hidden treasures;
who rejoice exceedingly,
and are glad when they find the grave?
Job 3:2

I am blameless; I do not know myself;
I loathe my life.
It is all one; therefore I say,
he destroys both the blameless and the wicked.
Job 3:20-22

I had heard of you by the hearing of the ear,
but now my eye sees you… 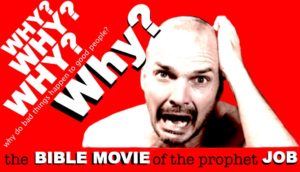 During the month of October 2018, the Old Testament lessons from the Common Lectionary are all from the book of Job. Thus, while doing research on the book I discovered that an Australian group has produced a word-for-word video of Job—and it’s available for free on YouTube! It has some flaws, but the main section of the speeches of Job confronting his so-called comforters is very well done, making it very useful for preachers and Bible-study groups, especially during the month of October for those using the Common Lectionary.

Although I checked over a dozen different translations, I could not discover the source of the text. Just that it is modern, as is the approach of the film itself. (God is referred to as “Jahweh.”) Job is depicted as a wealthy man sporting a white shirt and black-bow tie, and his children’s feasts are staged as disco parties presided over by a DJ. The patriarch receives word of their deaths not by a live messenger but rather through text messages on his cell phone. During his anguished grieving he uses an electric razor to shave his head, and he replaces the clothing he has stripped off with a gunny sack. His comforter/accusers are all dressed in modern clothing also. 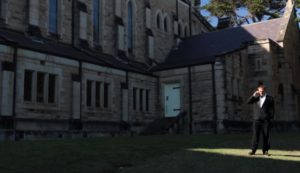 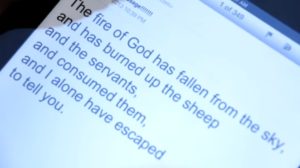 Director Jason Blaiklock does not differentiate between the prose and the poetic sections regarding Job’s reaction to tragedy. Traditionally the Job of the introductory chapters is thought of as being mild, accepting meekly his altered status following the sudden death of his children in chapter one. In this version Job does not quietly utter, “Naked I came from my mother’s womb…” He shouts the words in anger and agony, while behind him we see violent clips of modern warfare, with the implied suffering of countless innocents, their humanity shrouded in the term “collateral damage.” Curiously, the last words of Chapter One are left out, “In all this Job did not sin or charge God with wrong”—whether by accident or design, I do not know.

In the second chapter the film contains its biggest flaw in the way that Satan is depicted as a horned man with a Stalinesque mustache, belching out his lines like one of the villains from an old “mellerdrama.” Unfortunately, the film makers have followed the later, more Medieval, conception of the Devil, rather than the late Jewish idea that Satan was the member of the heavenly council charged with the testing of humans. Fortunately, this grotesque Satan, which would have been foreign to the author of the prose section of Job, is in just a couple scenes. 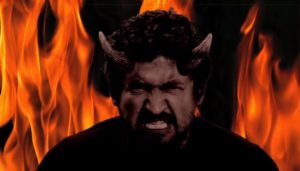 Judging by the results, the film’s make-up staff must have worked overtime—Job, covered with boils from head to toe appears more grotesque then even Satan. His high-decibel protests to God and his claims of being “righteous,” as he enumerates the many times he has helped the poor and judged fairly, are deeply moving. Apparently two actors were used to depict the patriarch, the credits listing Greg Stigter as “Prophet Job” and Neil Modra as “Job with Boils.” Both are very good, with Modra especially impressive, maintaining throughout the long film the intensity of the physical and mental agony and outraged indignation that he should be so afflicted and unable to confront his hidden Tormentor. 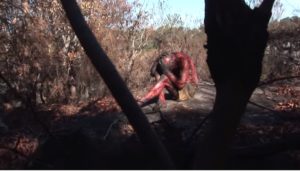 Two of the three actors playing the so-called friends, Eliphaz, Bildad, and Zophar, seem about as youthful as the one who enters later as Elihu, but this is a minor issue. All quickly move from their initial sympathy to pious outrage over Job’s refusal to accept the general assumption that their friend must be guilty of some hidden sin, else why would he be so afflicted? This widely accepted view—that God rewards the good and punishes the evil, and its corollary, that those who suffer are those who have sinned and those who prosper are the ones being rewarded, is still wide-spread. 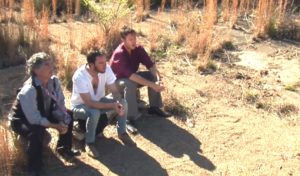 The film is weak in its last scenes, due no doubt to its small budget constraints. During the speeches attributed to God we see stock footage of the ocean and land, even a quick shot or two of dinosaurs. David Vernon, voicing God, should have been coached into putting a little more majesty into the great lines. However, Neil Modra as Job has so powerfully enthralled us throughout his rants, questioning and demands, that this too is a minor complaint. 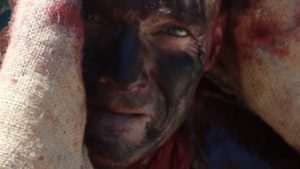 Director Jason Blaiklock and company have bestowed a real gift to preachers and students of the Bible, one that ought to be widely utilized. The film is not divided into chapters, so navigating through it (by holding down the cursor on the red progress line) can be a little cumbersome. Because you might want to return to this film many times, I recommend the following: Using a Bible you don’t mind marking, follow along as you watch and listen. This translation is close enough to the RSV so that this is not difficult. As soon as a new chapter begins, click the “Pause” button and hover the cursor at the end of the red line that indicates the progress of the film. This will reveal at what point in time you are at in the film. Write this down in your Bible at the beginning of the new chapter. Do this throughout the book, and then during later studies you will be able to fast forward to any chapter you want. YouTube does a great job of rapidly downloading a scene to any point in the film (is this called “buffering?).

I repeat, we are in debt to our unknown Christian friends in Australia who have gifted us with their labor of love. And I do mean “gifted,” in that the production is free of cost on YouTube, proving once again the truth of that old song, “The Best Things in Life are Free.”

Note: To watch this, go to: https://www.youtube.com/watch?reload=9&v=iYv6up_-h0E. Because of its length and complexity, I will not be providing a set of discussion questions. It is not included among the films on IMDB.

The film is one of many available from Phoenix Blue Productions Pty Ltd, producers of The Bible Movie App, an ambitious project that includes the provision of every book of the Bible as a “movie.”  I will be writing more about this in the next issue when I have more time to see what they have come up with. If you want to explore their project before then, go to: https://subsplash.com/biblemovie/media/li/+89e60e7. I don’t know why it has taken so long for me to har about this, but I will try to make up for my tardiness.

Using a modern translation, the filmmakers have dramatized the entire book of Job.

2 Replies to “The Prophet Job”