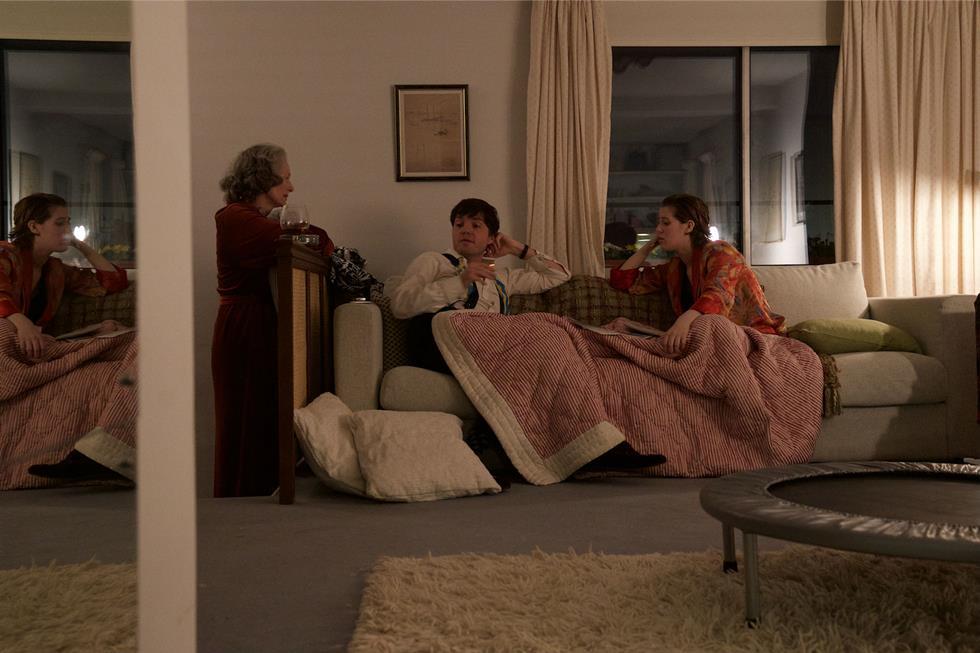 Although critics have been generous in their praise of Joanna Hogg’s semi-autobiographical new film, I found it confusing. Much of this was due to my not being able to understand about half of the dialogue, partly due to my lamentable dependency on a hearing aid and also due to the poor quality of the soundtrack. I am beginning to dread films with British-accented actors. (Worse, of course, are Irish and Scottish films.)

The story concerns a young film maker who in the 1980s intends to make her first feature film about the working class in Sunderland, a city in the North of England. Julie (Honor Swinton Byrne) is an affluent 24-year-old film student living in London, and so she must first do her research to bring to life its protagonists, a poverty-stricken mother and son. Theirs is a situation alien to her prosperous middle-class background.

Among those to whom she divulges her plans at a party is Anthony (Tom Burke), a handsome charmer a few years her senior who works at the Foreign Office. He questions and challenges her, but his serious attention to her draws her to him as he pursues her. At times almost acting as her schoolmaster, he introduces her to high culture and art, the most notable being Jean-Honoré Fragonard’s 18th century painting “The Souvenir.” It depicts a young, woman in a pink dress, also named Julie, carving the initials of her lover on a tree trunk.

The romance begins to pall after she notices Anthony’s bruises on his arm after one of his frequent, unexplained absences. Also troubling are his frequent requests for money. Then she learns from a friend that he is addicted to heroin. We see a telling symbol of their relationship during their visit to Venice. Dressed in a long gown, she does not walk by his side as they proceed up a long flight of steps toward the opera house; instead, he goes before her, and she trails behind. I kept wondering, from the moment he fouls her bedroom with his cigarette smoking and his frequent pitches for her money, why she puts up with such an arrogant man. I suppose the message is “love is blind.”

There are strange scenes tied to nothing else that left me puzzled, such as an intruder who breaks into her apartment, but who leaves at her insistence. Also, in a scene earning the R rating, she has intercourse with a young man for no apparent reason or previous connection with her.

This is a movie that I hoped would improve and make sense as it unreeled, but which I left with the feeling that though daughter and mother are fine actors (and also Tom Burke), they were wasted in this pretentious bit of fluff. I suppose the intent is to show how a suave drug addict can impact the life of his lover, but never was I moved as I was in such films as Ben is Back and Beautiful Boy,

A young female film maker enters into a romance that sours when the man turns out to be a heroin addict.
Editor Rating ★★★★★3 out of 5
More Details