Note by Ed McNulty: I am happy to welcome back to Visual Parables, Markus Watson, the pastor of Northminster Presbyterian Church in San Diego.

Jesus said to her, “I am the resurrection and the life. The one who believes in me will live, even though they die; and whoever lives by believing in me will never die. Do you believe this?”
John 11:25-26

Then I saw “a new heaven and a new earth,” for the first heaven and the first earth had passed away, and there was no longer any sea.  I saw the Holy City, the new Jerusalem, coming down out of heaven from God, prepared as a bride beautifully dressed for her husband.  And I heard a loud voice from the throne saying, “Look! God’s dwelling place is now among the people, and he will dwell with them. They will be his people, and God himself will be with them and be their God.  ‘He will wipe every tear from their eyes. There will be no more death’ or mourning or crying or pain, for the old order of things has passed away.”
Revelation 21:1-4 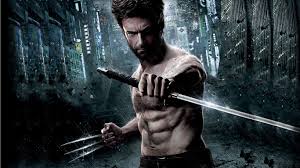 The Wolverine is the sixth movie featuring Hugh Jackman as the mutant, Logan, also known as Wolverine (though his appearance in X-Men: First Class was a mere cameo).  In this latest—not last—installment in the world of the X-Men, Logan finds himself in Japan at the deathbed of Yashida (Hal Yamanouchi), an old friend whose life he saved when the atomic bomb was dropped on Nagasaki and who has now become a wealthy man.

At this point, it is important to understand that Logan’s mutation essentially makes him immortal.  Logan, who was born in the 1800’s, heals from any injury almost instantly.  Additionally, his entire skeleton has been coated with a virtually indestructible metal called adamantium.  One would think Logan would love being immortal.  But he doesn’t.  He has lost more loved ones than he cares to think about.  And he himself has brought death to Jean Grey (Famke Janssen), a woman he loved in the original three X-Men movies (and who makes appearances in Logan’s dreams in this movie).

Now Yashida, at the hour of his death, has a proposal for Logan.  He says he has discovered a way to take away Logan’s mutation, to make him mortal.  But Logan says to Yashida, “You don’t want what I have,” and walks away.

The next day, Yashida dies.  It is at this point that the action really begins, leading to a climactic battle between Logan, another mutant named Viper (Svetlana Khodchenkova), and an adamantium samurai mech.

Throughout the film, Logan wrestles with his immortality.  When Yashida first makes his offer, Logan briefly considers it.  How he has longed to be mortal!  But he can’t let go of his mutation.  Not long after that, Logan begins to realize he is not healing from his wounds like he normally does.  He’s not sure what to do with that.  Should he embrace his seeming mortality?  Should he resist it?

In the end, he finds a way to restore his immortality, only to nearly lose it again in the final battle.

How is this different from the eternal life described in the scriptures?  Jesus tells us that those who believe in him will “not perish, but have eternal life” (John 3:16).  Sounds like what Logan’s got.

But it’s different.  Logan must live his life of immortality in a world that is broken and ruined by violence and death.  Logan’s immortality has, in a sense, become his hell.  And yet, he can’t seem to let go of the hell in which he lives.

The eternal life of the scriptures, on the other hand, is one that is based in “a new heaven and a new earth” (Revelation 21:1).  It is an immortality to be lived in the presence of a God who is light and life.  It is an eternal—and abundant—life in a world made whole, in which “there will be no more death or mourning or crying or pain, for the old order of things has passed away.

It makes one wonder—what would Logan do if he were offered that kind of immortality?

For Reflection/Discussion:
1. Have you ever thought to yourself, “I wish I could live forever?”  Why is that something people generally long for?
2. When you think of your own eventual death, what kinds of feelings does that bring up for you?  Fear?  Frustration?  Peace?  Relief?  Etc.  Why do those feelings emerge for you?
3. Even though Logan hates his curse of immortality, he can’t give it up when given the chance.  Why do you think that is?  Have you ever struggled with letting go of something that is painful for you?  Why or why not?
4. As mentioned in this review, Logan’s immortality is not the same thing as the “eternal life” that Jesus talks about.  What do you think Jesus meant when he said that “whoever believes in me will not perish, but have eternal life” (John 3:16)?
5. Look at the “eternal life” mentioned in Revelation 21:1-4.  How does this description of an eternal kind of life differ from the kind of eternal life Logan is trapped in?  What kind of “eternal life” would you prefer—the kind Logan has or the kind the scriptures offer?  Why?