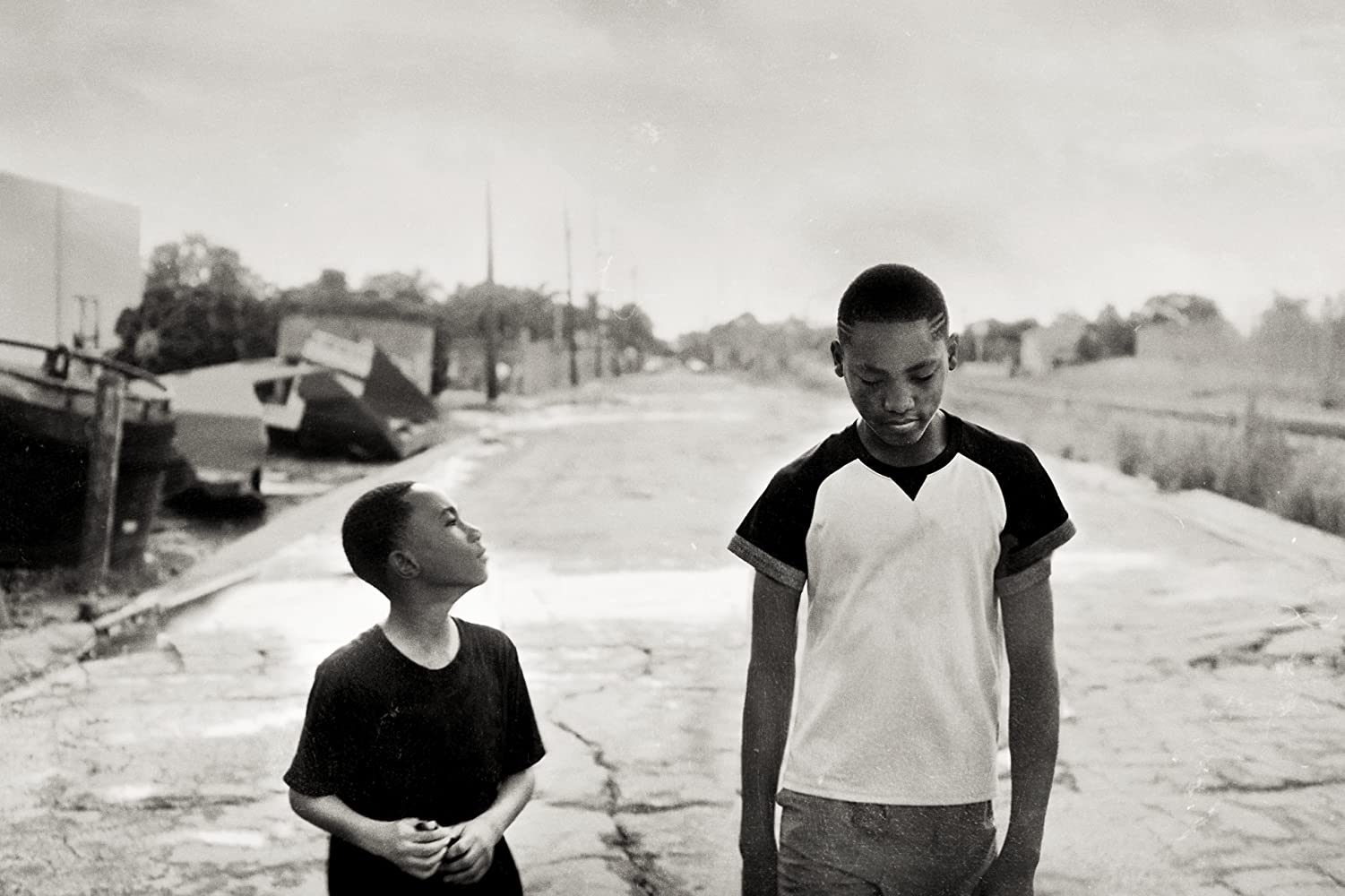 
Weeping may linger for the night, but joy comes with the morning.


We are afflicted in every way, but not crushed; perplexed, but not driven to despair; persecuted, but not forsaken; struck down, but not destroyed…

Italian-born documentarian Roberto Minervini has added to my list of essential films for understanding racism*. Clearly, he is fascinated with America’s South, because this is his fifth film shot in that region. His newest film is an impressionistic weaving together of four groups of Southern Blacks– a Mardi Gras Indian tribe called the Flaming Arrows; spirited Judy, a New Orleans bar owner who has fallen behind on her rent; a Mississippi chapter of the New Black Panther Party for Self Defense incensed that the police are uninterested in the series of murders of Blacks; and a beleaguered family of two brothers Ronaldo (14) and Titus (9) and their single-parent mother.

The first story centers on teenage Ronaldo leading scared 9-year-old Titus through a haunted house. He tutors his brother in the ways of the street, later teaching him to box so he can defend himself against bullies but telling him to fight only when necessary. He wisely observes that by the time he becomes a teenager, fist fighting will no longer help, most older boys using guns to settle their differences.

Elsewhere in the city is group (surprising to this Northern viewer) a group of New Orleans “Black Indians” who bedeck themselves in fantastical jeweled costumes with huge head-dresses so they can participate in the Mardi Gras festivities. We are given the least amount of information about them as individuals, though we are brought back to them numerous times throughout the film as they patiently sew tiny their beads into elaborate patterns. They chant a work song that includes the phrase “Sew, sew, sew” repeated over and over.

In Mississippi  militants of the New Black Panther party discuss ideology, distribute food and water to the homeless (at this point disregarding the race of the needy person), carry out a ‘citizen’s investigation’ into the beheading of a young black man and protest in front of the Mississippi State Capitol. They chant their slogans and urge those inside the building to come out. At the door a black guard ignores them. They in turn regard him as a collaborator with the oppressor. Their leader Krystal Muhammed wears a military style beret, and the members carry assault rifles as the group knocks on the doors in the neighbor hood where a black man had been beheaded.

In New Orleans the feisty Judy is supervising the preparation of her bar ‘Ooh Poo Pah Doo’ for its closing night. The place has served as a gathering venue for dissatisfied locals to air their grievances against the racist system holding them down. She mixes half-truths with her keen understanding of racist history, repeating the widespread belief that drugs had been foisted upon Blacks in order to kill and incarcerate Black males. Sometimes singing, she tells a current addict of her own drug-addled past. She also expresses her resentment at Gentrification, of which she believes she is a victim. With her page-boy hair, half of it dyed blond, she is a dynamo who will always impart energy to those around her.

Judy’s handyman Michael in another scene with his aged mother will also bemoan helplessly the Gentrification that threatens them, the rent becoming too high now for the natives to be able to afford living in the neighborhood where all their friends live.

Eventually we meet Ashlei, the mother of Ronaldo and Titus, laboriously going over and over her instructions about coming home when the streetlights come on. She fears that they might become casualties of the every-night shootings taking place. She also gets on Ronaldo because of his  uncooperativeness at school has led to his bad grades.

The crisp black and white photography impart a sense of realism to which the addition of color could add nothing. In the scenes with Judy and the two boys Minervini uses such intense close-ups that I forgot this was a documentary, the characters talking so freely (except in the sequences with the New Black Panthers) that I often thought this was a scripted drama. I have read that this was the result of the film making spending several years getting to know his subjects so well that they trusted him, forgetting the presence of his camera.

Minervini offers no solutions, makes no pleas for more legislation or urges a campaign to educate the white public. He simply records what he finds, leaving it to the members of his audience to reach their own conclusions. That he himself is a white man makes his achievement in presenting a slice of life film all the greater. There is no trace of white liberal paternalism in the film, but certainly an enormous amount of empathy is displayed. Also, a revelation of the importance of community—the group of Black Indians chanting and singing together as they sew their costumes; Judy and her friends at her welcoming bar; the micro-family of the close-bonded brothers and their concerned mother; and the chapter of the New Black Panthers where Blacks share pride in their race and reach out to help others and take action when the white-dominated police do nothing.

Though there is much in the racist milieu in which all these people are enmeshed (the incidents take place in 2017), there is also much to celebrate. Virtually all of them have experienced what the apostle Paul wrote to the Corinthians,” We are afflicted in every way, but not crushed; perplexed, but not driven to despair;  persecuted, but not forsaken; struck down, but not destroyed…” Not all of them, especially the Black Panthers, will credit Christ as being the source of their resiliency, but nonetheless, they all share it. The film leads to hope, and the belief that their tears of the night will indeed give way to joy in the morning. And maybe too, the film’s title is a challenge to us viewers to become more than spectators.