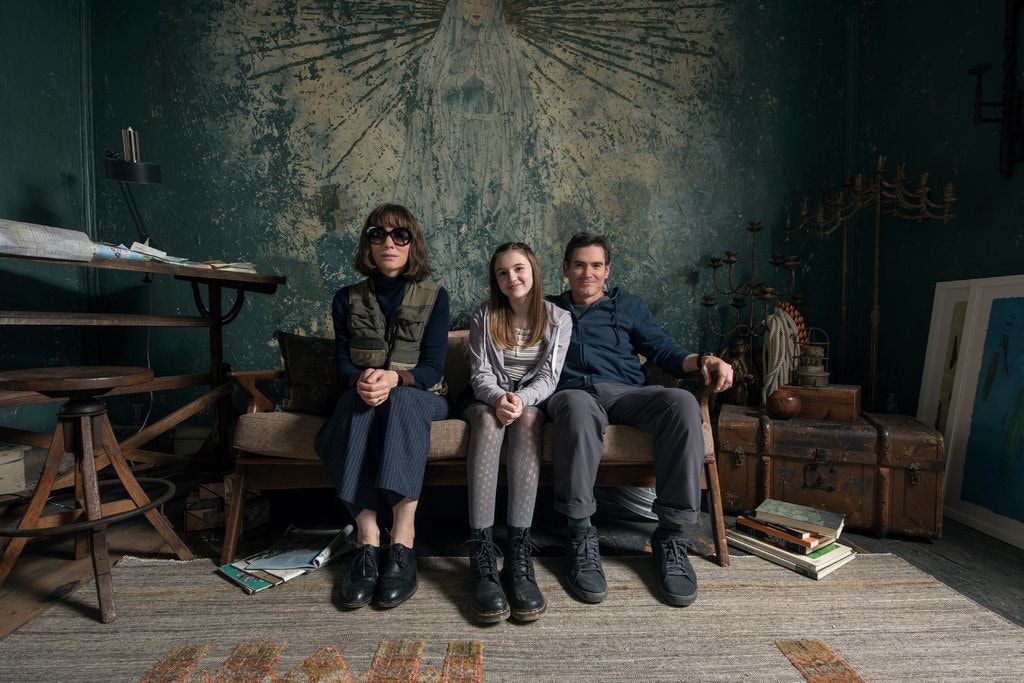 Do not neglect the gift that is in you…

Director Richard Linklater’s film, co-written with long time collaborators Holly Gent and Vincent Palmo Jr., is adapted from Maria Semple’s novel of the same name. Cate Blanchett makes this movie worth sitting through, even though if you start thinking about her self-centered character, you will come to see that she is at the opposite end of the spectrum from the far more likable women in two other films reviewed in this issue—the homeless mother in Rose and the overweight runner in Brittany Runs a Marathon. The subtitle of this film could be “Even the 1% Have Their Problems,” the woman lives in such a bubble of wealth.

Ms. Blanchett  stars as Bernadette Fox  once regarded as a creative architecture genius but who now is a stay-at-home mother, so reclusive that she seems agoraphobic. Married to Microsoft tech genius Elgie (Billy Crudup), she is devoted to teenage daughter, Bee (Emma Nelson) a top of the class eighth grade planning to go to boarding school. She seems constantly to be giving orders to a virtual assistant in India, whom she calls Manjula, to perform various chores. We learn that she was once considered a Genius, indeed, recipient of a MacArthur Fellowship, noted especially for designing an environmentally sustainable house celebrated throughout the world for its innovative features, now she is a housewife in a decrepit Seattle mansion that she has not bothered to fix up. With wild blackberry brambles encroaching on the property’s foundations, the place is an eyesore for owners of the neighboring houses. Her relationship to next door neighbor Audrey (Kristen Wiig) always rocky, ruptures when…

The plot hinges upon the promise to their daughter to take a vacation cruise to Antarctica. After establishing Bernadette’s reasons for her abandoning her career and long-term depression, told from Bee’s perspective, the film’s POV switches to the mother’s when she disappears and father and daughter search for her. There is no mystery for us, as an overhead shot prior to the opening credits shows a group of kayakers paddling by an icy shore, with one of them veering away from the group for a yet to be explained purpose. The father and daughter do not where Bernadette is, but continue the cruise in the hope of catching up with her. It is during this sub-zero segment that Bernadette rediscovers he creative passion, and using her exalted past reputation manages to go where ordinary mortal could not have hoped to go.

Ms. Blanchett, as always, turns in an engaging performance, relating well to the fine new actress who plays her daughter. I came to like her character in the second half, but also was very aware that her privileged status was of crucial importance in her moving toward her renewed life goal. Compared to Rosie (the homeless Irish mother in the film of that name reviewed elsewhere in this issue), Bernadette as a member of the 1% is highly privileged, and yet her emotional needs are just as great, regardless of her social status.

Once famous architect Bernadette is now devoted to raising her daughter until an unexpected Antarctica trip leads to getting back her groove.
Editor Rating ★★★★★4 out of 5
More Details