“We probably won’t get there ’til one or two. And we’ll be reeking of cigarette smoke,” he said. “So I apologize in advance. We really appreciate this.” My son had asked if his friend’s band could stay the night. They had a gig in town and no place to sleep. Thrilled to pay forward the generosity friends and family have bestowed upon my daughter in recent months, I welcomed the chance to repay even a bit of hospitality karma. And so once again our house is filled with young people, if only overnight.

They arrived between three and four, quiet as a resting beat but I heard them anyway. A mother’s ear never sleeps. I went down to greet them. They did indeed reek of cigarette smoke. “Help yourselves to whatever you need,” I said, trying to remember all their names before I headed back up to sleep. I’d left banana bread and fruit on the counter and had two loaves of challah on hand to make French toast for breakfast.

They came down one by one, rumpled by sleep and the aftermath of performing. Together since high school The Pinstripes play a mixture of ska and reggae. Downing OJ and French toast they shared road stories of opening for larger bands and performing before thin crowds and sell-out audiences. They endure the struggles of the creative life: earning enough to cover expenses, trying to gain notice; ruing the fact that the Lady Gagas of the performance world grab all the oxygen.

The house makes noises I haven’t heard in ages — a forgotten floor creak in the hallway outside my daughter’s room. The quiet bump of wood against wood as my son’s door closes. The drummer returned to sleep after breakfast, a great hill of boy beneath the quilt. No one has slept past one in this house since forever.

They are jamming now; strains of sax, trumpet and trombone filter through the house, brassy notes running up and down the stairs like teenagers with somewhere to go. For all the bittersweet tone in this entry, it is a joy to have a crowd of kids in the house again. To be in the presence of the energy and plans, the sweetness and even the occasional blue language. And of course, the pile of shoes by the back door. 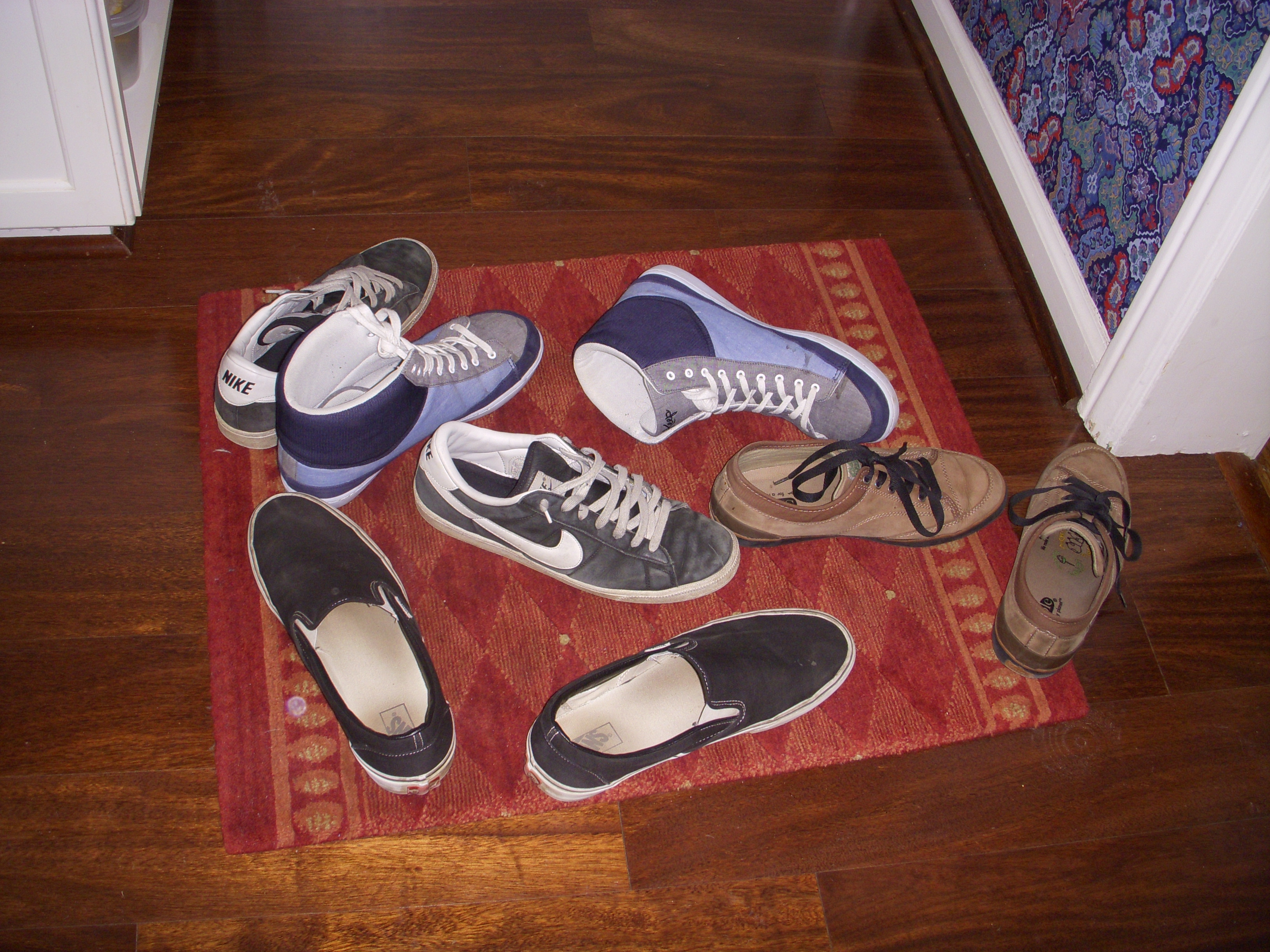