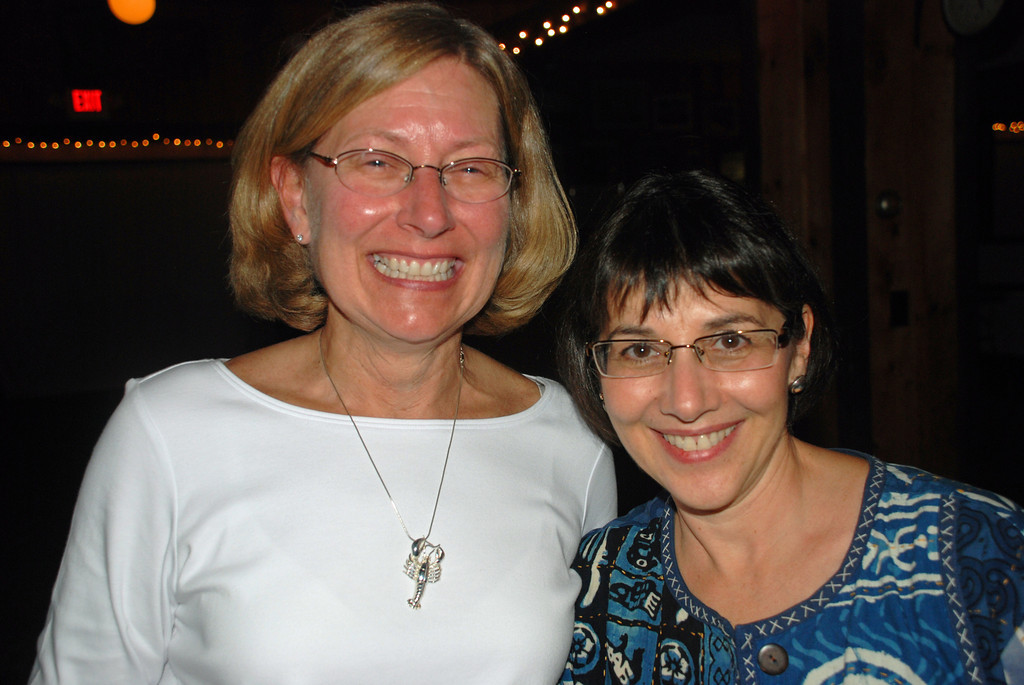 Those of you who read the Good Housekeeping article last November, know of the special friendship my neighbor Shelby and I share. For 24 years we have been the best kind of neighbors, sharing keys and alarm codes, joy and heartache, endless cups of tea and talk. By week’s end a moving van will be pulling up in front of her house. I cannot imagine my life without her up the street. I wrote the words below some weeks ago, while she was away on vacation, a dry run for what is too soon to come.

For the last time I went over and organized my neighbor’s mail, culling bills and personal letters, stacking the magazines, segregating the circulars, candidate flyers and Bed Bath & Beyond coupons into their own pile. This is something we have done for each other for years when one of us is out of town. That, in addition to occasionally watering one another’s flowers, and leaving a gallon of milk and a loaf of bread in the fridge so there’s what to eat the morning after arriving home from being away. We never repaid each other cash for these courtesies. “Put it in the friendship bank” is a phrase Shelby taught me early on.

I was over there to measure the rug in the guest room for her. Someone is interested in buying it, but she hoped to take it to their new home when they move next month. I took the necessary measurements, maneuvering around the sleigh bed she was so excited to find at an estate sale a few years ago. On one wall were photos of her and her three sisters, matted in one frame. My husband had snapped great shots of them all at her older daughter’s wedding last fall and she was thrilled to be able to create this sister montage.

To appease the real estate agents and not alienate potential buyers, the house had been swept clear the things that make a house a home: the family photos, trinkets and memorabilia. Cleared from the baby grand were the wedding photos of all three kids and the photo of her son, daughter-in-law and first grandchild. The mantle was wiped clean but in my mind’s eye I saw all the family stockings and the Christmas tree that stood guard each year.

The tray that I gave her for her last birthday was still in the kitchen, holding necessities: two hand lotions and a bottle of liquid soap, a pill bottle, a sponge. The tray is emblazoned with hens. Even if they notice it, her new neighbors will not know that hens were the motif in her kitchen before it was renovated. For old time’s sake I watered the begonia vines although I know a neighbor boy is caring for the garden while they are away. I deadheaded the daylilies, anyway, because even in the garden her touch is so present.

Speared into the soil were a circus of art fair finds: a frog with a crown, a china tea cup, the winged Labrador we gave her the Christmas after their second Lab, the black one named Smudge, had to be put down. Since I have known her, Shelby has made that wrenching compassionate decision a half dozen times. The trauma of putting down our dog and cat within months of each other gives me pause every time I think about acquiring a new one. But Shelby’s love for animals outweighs her heart’s pain. I’ve no doubt that a new kitty will soon be skittering around her new house, taking up to space on the couch where Norman held furry court for a decade plus.

Out the window in the family room birds fluttered at the feeders Shelby keeps perennially stocked. It is a scene in constant motion as the birds feast on seeds and the squirrels below scavenge the hulls. The feeders are always bright with goldfinches, birds we never had until she put out the food they like best. For just a moment or two, I sat on the couch and watched the avian show. Shelby inherited her mom’s passion for nature and backyard fauna. I never knew Mrs. Salmon, but will never forget learning  her tradition of placing orphaned mittens on a window ledge come spring so the birds would have soft peckings of yarn to weave through their twig nests.

I’m sure the new family will be nice. We’re a neighborly block and I’ll bring over brownies and lemonade on moving day. But they have teens and our kids are gone. We won’t be trading stories about toilet training, commiserating about the world’s problems, or adolescent angst. We likely won’t mosey over to one another’s homes on quiet afternoons for a cup of tea and talk.

When the moving van pulls away from the curb, Shelby and I will begin writing a new chapter of this quarter-century friendship of ours. Skype didn’t even exist when we became friends. Ditto email. We’ll put both to good use. And since she’s an old fashioned girl like I am, I’m sure we’ll exchange letters, too. We will visit them back east, and they will come to us when we spend time out west. They’ll take us sailing and we’ll take them hiking. A new chapter.

“Do you have good toys?” her daughter asked me in 1988 when I went over to introduce myself and see if our new neighbors needed a hand, or someone to entertain their little one while they directed the movers. Yes, we had good toys. But over the years we came to have something better, rarer even — good neighbors who became family. Our block will be emptier, but not so my heart, nor the friendship bank.

Still and all, I shall miss my neighbor so. 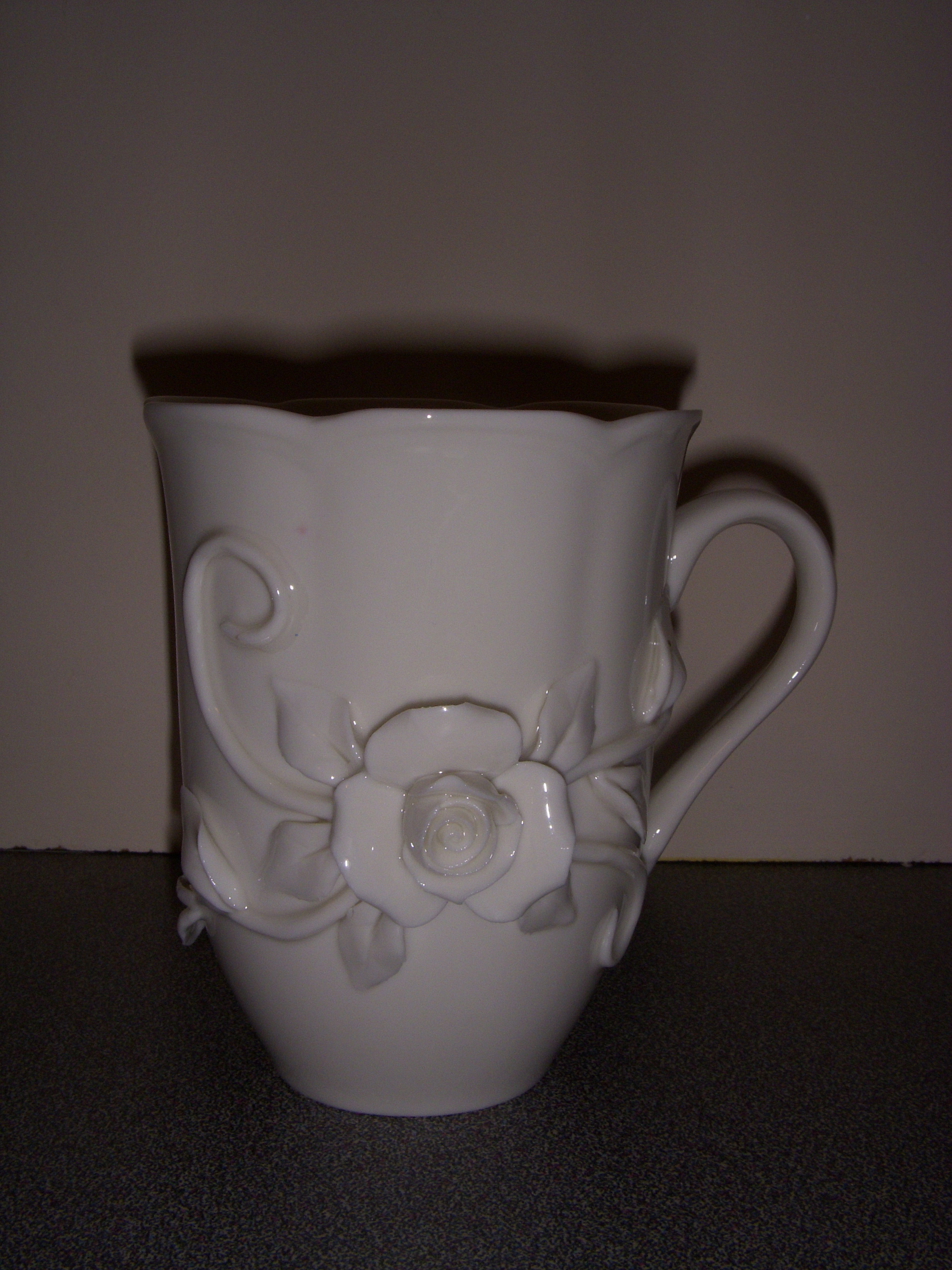 This pretty cup, one of a set of four, Shelby surprised me with one day. 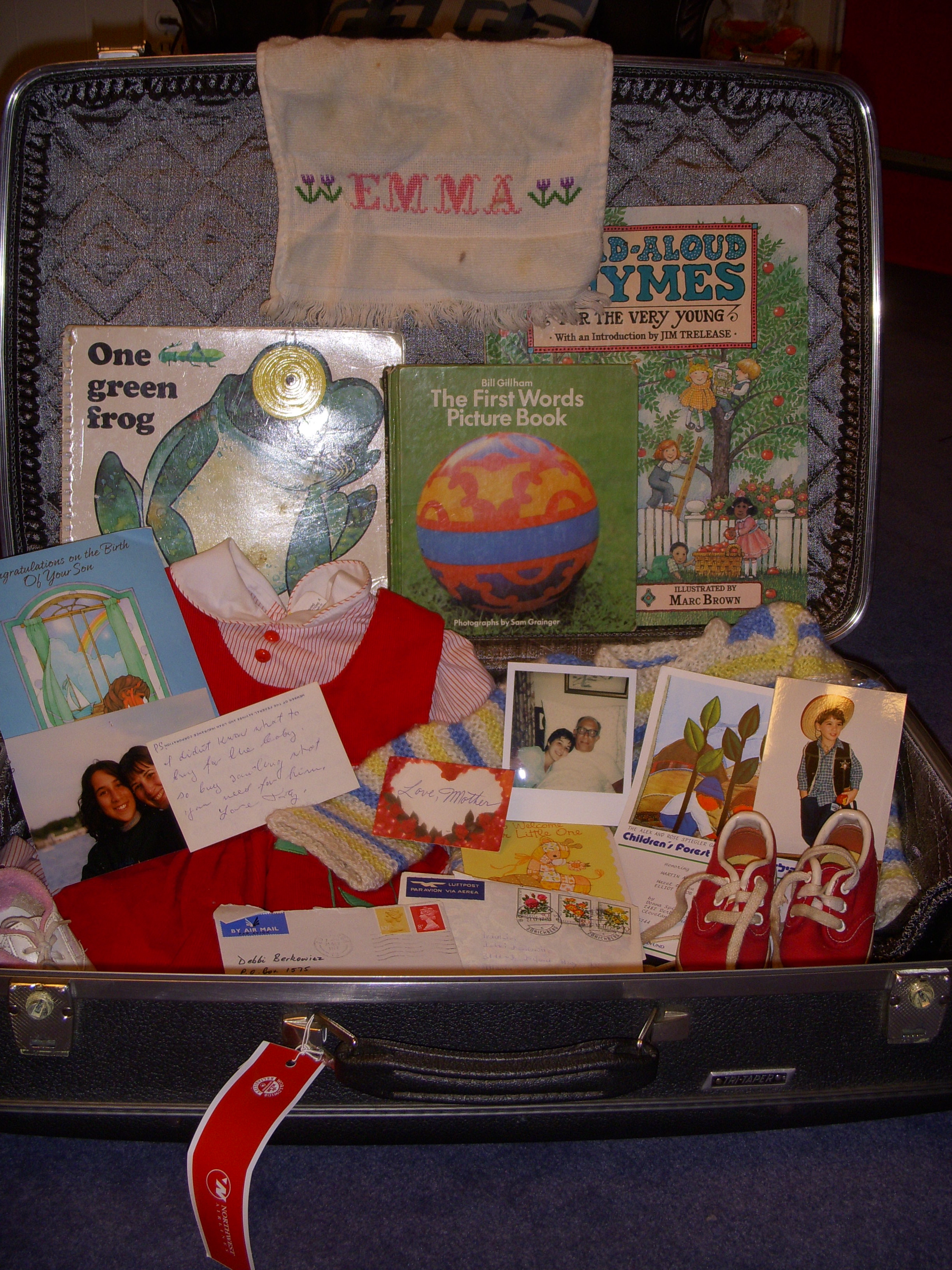 Haven’t even been able to see it myself since I’m still out here in Arkansas miles from a Rite-Aid or a Border’s where a magazine stand might be found…but I hear tell from my dear husband holding the fort back home that my essay, “My Clutter Calendar” appears in the August issue of Good Houskeeping magazine. Page 189. I had titled it “Summer Cleaning” but hey, they publish me, they can pick the title.

And what is summer cleaning you ask as opposed to spring cleaning? Read the article.  No….I”ll give you a hint.

Spring cleaning throws open the windows and clears out dust and the wan and tired things you’ve held on to. You’re brimming with sap and energy as you sweep and brush and scour.  But summer cleaning is quieter, more reflective; you retreat to the basement where it’s cool, going through old boxes remembering and culling.  Spring cleaning lets go; summer cleaning holds on.

Back in November I was in NYC and went up to GH’s wonderful offices in the Hearst Building.  I got a tour of the famed test kitchens and met with two really cool recent college grads: one a bio major, one a chem major. They now work for GH, testing all kinds of gizmos and products. The day  I was there they were brushing great swaths of crimson, carmine, rose, fuchsia and puce (do we get the color scheme?) on a board to test for colorfastness.  Who knew you could get such a job?

GH stands behind any product with their seal.  They’ve been doing this for 125 years.  There’s something really comforting to that kind of integrity in a world where “flip-flop” refers to the perennial speech of our politicians and elected officials, not just summer footwear.

I’m home Sunday.  It’s been a great stay. Met and made new friends, ate well, walked and walked these beautiful green hills. Am coming home with two new children’s stories; two essays (one may appear on AOL) but I’m not counting those eggs, or readers yet. And most satisfying, and natch the longest shot to seeing light of day, about 20,000 words on a second novel.

So, nu?  What are you waiting for? You’re closer to a Rite-Aid than I am. Go get your copy of the August Good Housekeeping. On your newsstands today!  Enjoy.
there you have it. Now, go get that Good Housekeeping!

“I really appreciated that she came to me for a filling. She needed x-rays, too, but I wasn’t sure I should charge for them. I don’t want to scare her off and lose her as a patient down the road. So I just did them for free.”

“Well, he’d already agreed to pay me to draw up the documents. Then he called for more advice; I spoke with him for another hour or so. Do you think he’d be insulted if I charged him for the phone consult?”

Can you imagine a dentist or an attorney saying either of the above? Of course not! But you wouldn’t believe the times I have had similar conversations with fellow writers. On second thought, if you are a writer, I suppose you would believe it. Because you’ve probably had similar worries somewhere along the way. I know I have.

What is it about creative fields that makes us devalue our work, taking little or nothing as payment and being grateful to boot for the opportunity? Why is it so hard to set a price on our talents? And why do so many assume that we will give it away simply for the joy of being asked? Or for the promise of “exposure.” Or the thrill of seeing our byline.

Why is this? Because art is perceived as being optional? Or because there are so many of us creative folk that we’re a dime a dozen? And a devalued dime at that. Or is it because creative fields, by their nature, rise from a place of evanescence? How do we value materially that which springs from places deep within us, places that we cherish as the essence of our highest selves? Does it cheapen our spiritual and artistic gifts when we have the audacity to ask for payment? Or does putting a price on our gifts make others respect our unique talents?

I’ve asked a lot of questions here. And I have no answers, really. Each of us has to decide how far we will go to be known, how many unpaid articles we will write for the promise of paid ones down the road, how many “opportunities” we will turn down for lack of payment.

On the upside, this blog brought a surprise by way of publication for a past post. A wonderful editorial assistant at Good Housekeeping magazine read one of my blogs and has paid me for its use. “On Dogwoods and Daughters” appears in the May issue. On the stands April 14.

Will I write a freebie every now and then? Sure. There are sites I enjoy writing for. I appreciate the opportunity and the site owners’ enthusiasm for my work. And I’ll occasionally serve on a panel gratis or speak for a non-profit for a reduced fee. But more often than not, even in these challenging times, I expect to be paid for my expertise. And you?