NOTE: Several Pioneer Day activities take place prior to July 24, such as the Mormon Tabernacle Choir’s concert, which will be live streamed on mormontabernaclechoir.org at 8 p.m. on July 21. 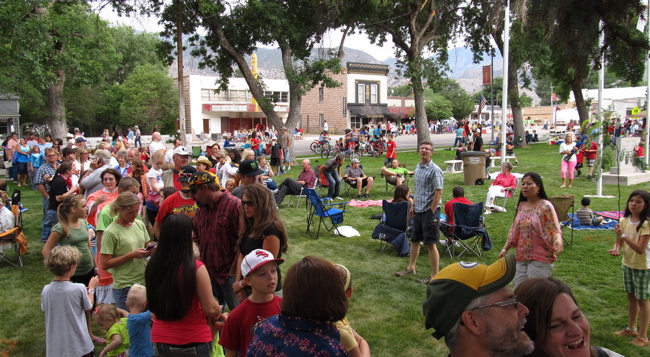 A town dinner in Monroe, Utah, on Pioneer Day. Phot by Ken Lund, courtesy of Flickr

TUESDAY, JULY 24: Across the state of Utah and in Mormon communities worldwide, Pioneer Day marks the entry of Brigham Young and the first group of Mormon pioneers into Salt Lake Valley. Parades, fireworks, rodeos, carnivals and more accompany festivals in Utah—and also in Colorado, New Mexico, Hawaii and Canada. On this date in 1847, Brigham Young and his followers ended a thousand-mile search for a permanent settlement and an escape from religious persecution. Many voyagers didn’t survive the difficult journey, and on Pioneer Day, Utahns pay homage to all pioneers—Mormon or not. Across Utah, many governmental offices and places of business are closed for the state holiday.

Portions of the Mormon Trail are reenacted each year in Utah, and an elaborate Days of ’47 festival envelops the entire city of Salt Lake each July. If you’re traveling through Utah at this time of year, you’re in for a treat!

In the final months before their journey West, members of the Church of Jesus Christ of Latter-day Saints could feel the growing tension. They were no longer welcome in Nauvoo, Illinois, and when their founder—prophet Joseph Smith—was murdered on June 27, 1844, the need to leave became urgent. The Mormons left their settlement in Nauvoo for a new homeland, and after a treacherous journey, the surviving pilgrims crossed into Salt Lake City on July 24. (Find resources, historical photographs and more with links from the state of Utah.) The first statewide Pioneer Day celebration was held a decade later, in 1857, and July 24 remains a state holiday in Utah to this day. 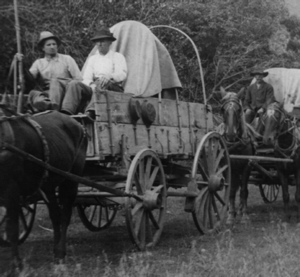 Many participants reenact a portion of the Mormon trail each year near July 24, trekking several miles to make the grand entrance into Salt Lake City by handcart.

The height of Mormon activities is the grand performance of the Mormon Tabernacle Choir, which this year will feature a former star of “Glee” and a Broadway performer: Matthew Morrison and Laura Michelle Kelly, reports the Salt Lake Tribune. Morrison and Kelly were co-stars in the Broadway production of “Finding Neverland,” and they will be performing in Broadway-themed Pioneer Day concerts July 20 and 21. In addition, Morrison and Kelly will appear on the July 22 broadcast of “Music and the Spoken Word.”

Watch online: The concert will be live streamed on mormontabernaclechoir.org at 8 p.m. on July 21. On-demand videos of the concert in Spanish, Portuguese, French, and German will be available by July 30 on motab.org/pioneerday.

This year, the Mormon Tabernacle Choir’s Pioneer Day performances will also include an appearance by Oscar Hammerstein III, grandson of the lyricist and music theater producer, who will narrate a portion of the program.