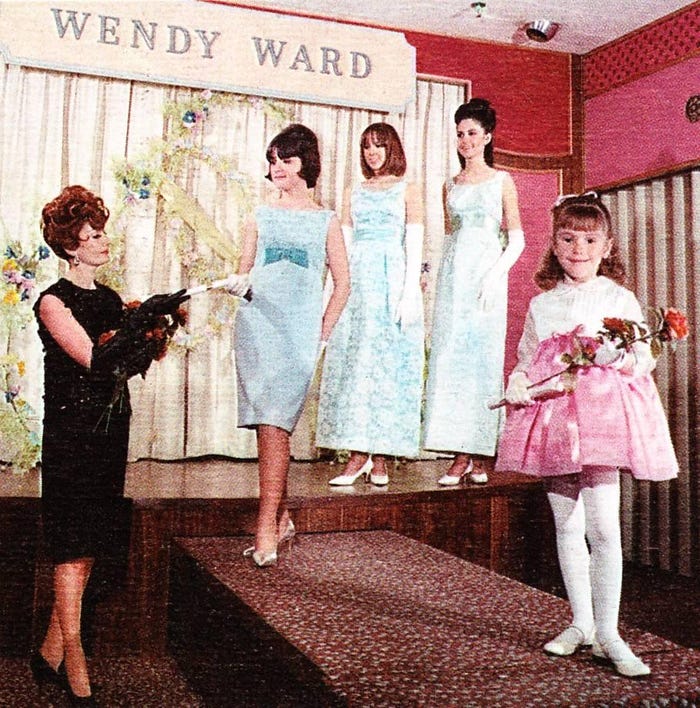 How many of you remember the Wendy Ward charm schools in the 1960s? Thousands of girls attended these programs in the “proper poise and etiquette” of that era.

“It took a lot of preparation to be so lucky.”
Barbara Loren-Snyder 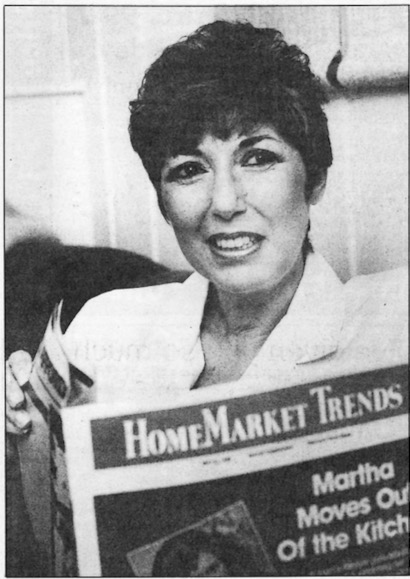 By the early 1990s, a magazine profile of Barbara was headlined “The Marketing Maven.” The profile said, “From her first job at age 14, she has developed an almost uncanny ability to interpret and predict the buying public’s moods and needs.”

Barbara Loren-Snyder has amazed me for 50+ years as an etiquette coach, businesswoman and survivor. In an era when most women were homemakers, schoolteachers or nurses, Barbara starred in a retail and advertising career. During the pandemic, now in her mid-80s, my good friend assembled a book, Lucky Me!

Learning about her upbringing, I’m even more amazed.

Her Russian grandparents came to the US in the late 1800s. At the time, poverty and persecution caused hundreds of thousands of Eastern European Jews to migrate. In 1919, after Barbara’s grandmother died, her grandfather dropped their children off at the Hebrew Orphanage Asylum of NYC.  Barbara writes, “none left the home unscarred.”

At the home, Barbara’s mother Shirley Levitsky, from Minsk, Russia, met NY-born Maxwell Lewis. They later married. Barbara was born In Brooklyn, in April, 1935. Shirley had to be rushed to the hospital. Barbara writes, “Nothing would stop me then, or as life has shown, nothing would stop me from navigating through life, largely on my own.”

Trained as a draftsman, in the middle of the Great Depression, her father worked for the WPA in Washington, DC, on specifications for machinery and buildings. As housing was scarce, the Lewises dropped off their children, Barbara, 4, and Michael, 2, at a Virginia farm that fostered children of working parents. Barbara’s mother admonished her to “be good” and take care of her brother. Shirley promised to return in days. Days stretched into a year.

The family was reunited in 1940. Soon after, Maxwell was sent to Detroit to work on the B29 bomber. The family joined him. After the war, Maxwell became an architect. He worked for Detroit firm Charles Agree before establishing his own company, King and Lewis. The firm designed Detroit’s Pontchartrain Hotel and Dexter Chevrolet but eventually went bankrupt.

Barbara married at 20, gave birth to Robert at 22 and Randy at 24. She relished being a mom. Welcoming her sons’ friends into their home, “I was able to transform my lonely childhood.”

She wondered why her childhood was so different, but finding answers about her origins proved to be a challenge. The Hebrew Orphanage Asylum where Barbara’s parents met shuttered in 1986. Records went to Brandeis University. In the late 1980s, to learn about her history, Barbara gained approval to review her parents’ records. After three days at Brandeis studying and copying records, she returned home laden with documents. Those documents sat on her shelves for decades waiting until she found time “to review the obstacles my parents overcame so they could survive a difficult childhood.”

The pandemic provided that time. Barbara came to recognize the long-term effect abandonment had on her parents, who were orphaned in childhood. She gained “greater understanding of how my parents’ lack of ability to show affection and love, and putting up walls around their emotions, affected me. As a child I built my own walls for protection without understanding why.” She also realized the benefit of her spartan upbringing. “Having grown up with less gave greater value to everything I did or had.”

From age 14, Barbara worked as a salesperson. Attending Detroit’s Wayne State U., she worked full time at a fashion boutique. Reading every book she could on self-help and contemporary women achievers, she developed an idea.

In 1963, she phoned a manager of a local suburban Montgomery Ward with an idea she said  would increase his business and create a unique image for his store.

“I was scared to make the call, but by taking that step I was beginning a journey into uncharted waters. My self-confidence, which was always lacking, was getting a boost. ‘Nothing ventured, nothing gained’ became my motto.”

Barbara recruited a neighbor; together they started a charm school. The program blossomed into Wendy Ward and was soon adopted by nine Montgomery Ward stores nationwide. In 1962 Barbara  appeared on TV’s To Tell the Truth.

At Federal’s, Barbara won recognition. She was invited to speak at events and earned enough money to take her sons on vacation. Grey Advertising hired her to run accounts for ABC-TV, Hudson’s and the Taubman company. Professional awards ensued. “Developing self-confidence and self-awareness… can’t be taught. You have to believe in yourself. …We all have gifts we didn’t know we had. Believing in yourself helps you find them.”

Next she took over the Detroit Shopping News. She changed the format and got friends to write columns. The president of GM presented her with the Detroit’s Ad Woman of the Year award.  “I knew then and I know now that nobody does anything alone.  I may be the orchestra leader but the musicians make the music.”

Here is the second and final part of this series.

One thought on “Despite a lonely childhood, Barbara Loren-Snyder succeeded by understanding what Americans want—next!”