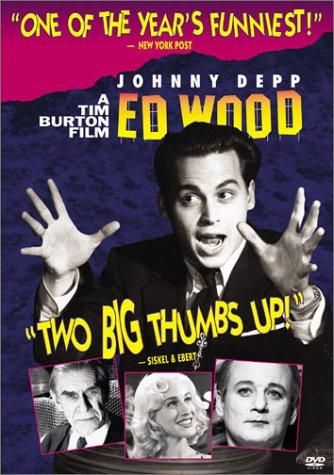 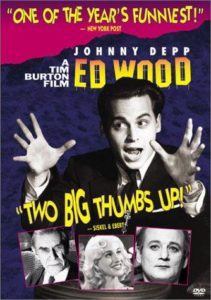 Could there really have been a director as bad as the one played by Johnny Depp? One who calls “Cut” on the first take of a scene, even though the actor bungles a line or slams accidentally into a wall? Who moves on to the next scene because he has twenty more to shoot that night? A director who shoots science fiction movies in which the wires supporting the phony looking space ships are clearly visible? Or when someone falls in a grave yard scene, the astro turf grass rises up, and a cardboard tombstone falls over, revealing its true nature? A man who loves to dress in women’s clothing, yet who manages to secure the backing of a Baptist church for his horror film, one starring the great actor Bela Lugosi?

Surely this director is a made up one, the center of a hilarious spoof! If the answer is “Yes” to all the above, then that director can only be Ed Wood, a filmmaker in the Fifties so bad that we would think that he just had to be an invented character, except for the fact that we actually have his films around still – and people who love stuff so bad that they still watch them. In Tim Burton’s latest work Johnny Depp and cast are fine in their roles, but it is Martin Landau as the aging and ailing Bela Lugosi who runs away with the film by presenting a tragic, washed up great addicted to drugs.

The story of director Ed Wood & famous stars such as Bela Lugosi & the making of films so bad that fans today gleefully watch & mock them.
Editor Rating ★★★★★4 out of 5
More Details