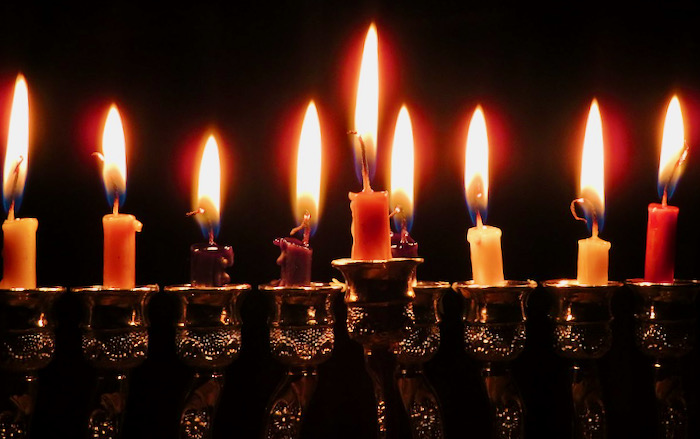 A Time to Ponder Some Powerful Themes

Let’s start with the truth that Jews find themselves explaining to Christians each year: No, Hanukkah is not the Jewish Christmas. These are completely different festivals. The main challenge Jewish families share with their Christian neighbors at this time of year is trying to rediscover the meaning beneath the vast weight of the holiday industry.

Jewish families know that our most important holiday season is in the autumn: the High Holy Days of Rosh HaShanah and Yom Kippur with the week-long Sukkot harvest festival coming five days later. For those whose lives are shaped by Jewish practice, this winter celebration is recognized as subordinate to the biblically based holy days. Hanukkah is a distinctly minor holiday, elevated in importance only because it usually falls in December. Occasionally, such as this year, it begins earlier: November 28 will mark the lighting of the first candle.

Only because of its timing has this little festival been folded into the American “holiday season” of lights, decorations, presents and parties. Today, North American Hanukkah has become part of the holiday industry: elaborate decorations, themed wrapping paper and paper goods, personalized greeting cards, recipe books and sometimes even a so-called Hanukkah bush embellished with blue and white/silver ornaments.

But Hanukkah’s origins and meaning are far different than what Christians celebrate in December.

When I was growing up in the 1950s and 60s, most Jewish families recognized that Hanukkah meant lighting the multi-branched candelabrum, singing a few Hanukkah songs, eating potato latkes (pancakes), playing with a dreidel (a 4-sided spinning top) and giving small gifts to children, usually one gift per night.

It was a modest celebration, cozy and intimate.

But in the same way that thoughtful Christians reject the exploitation of Christmas as a commercial enterprise, so do thoughtful Jews reject the false equivalency of Hanukkah as a blue-and-white-silver version of red-green-and-white Christmas.

Hanukkah celebrates the rededication of the national Temple in Jerusalem after it had been defiled by the ruler Antiochus Epiphanes in 168BCE. A coalition led by the Maccabee family pledged to fight against the Greeks and against fellow Jews who encouraged—or coerced—rejection of Judaism in favor of Hellenistic ideas and ideals. Although vastly outnumbered and materially disadvantaged, the Maccabees and their followers prevailed. They captured the Temple, which had fallen into Greek hands and was rendered unfit for Jewish practice.

According to the story, those entering the Temple found only one day’s worth of purified oil to light the candelabrum (menorah) that was the symbolic centerpiece of the Temple. Somehow (miracle, anyone?) the oil lasted for eight days until additional purified oil could be obtained. Hence, the eight day festival and the kindling of eight lights.

This is an abbreviated and slightly mythologized telling of Hanukkah’s origins. But, mythology notwithstanding, there are important lesson we can draw from the story. As is true of nearly every religious/cultural holiday, Hanukkah provides an opportunity to elevate certain important themes that go beyond the holiday’s color, food, musical and commercial associations.

At Hanukkah, we can choose to ponder some powerful themes:

The word Hanukkah, often spelled Chanukah, means “dedication,” referencing the dedication of the Temple in Jerusalem over 2000 years ago. But a related Hebrew word Chinuch means “education.”

The lessons of Hanukkah are far more important than its role as a seasonal opportunity for decorations and gifts. And, in the end, that’s the main challenge observant Jewish and Christian neighbors share in this winter season. 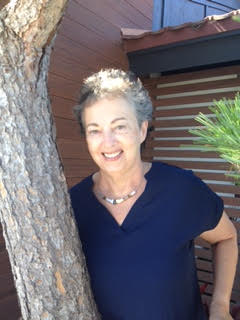 Rabbi Lenore Bohm was among the early wave of women ordained as rabbis in America. Before her ordination in 1982, she studied at Hebrew Union College-Jewish Institute for Religion in Jerusalem and Cincinnati. She began her rabbinic service in San Diego; she has continued her studies both in the U.S. and Israel over many years; and she has become widely known in southern California as a leading Jewish educator. In early 2022, we will publish her reflections on the Torah, a week-by-week guide book for individual reflection or small-group discussion. Stay tuned to ReadTheSpirit.com for news about that upcoming book!